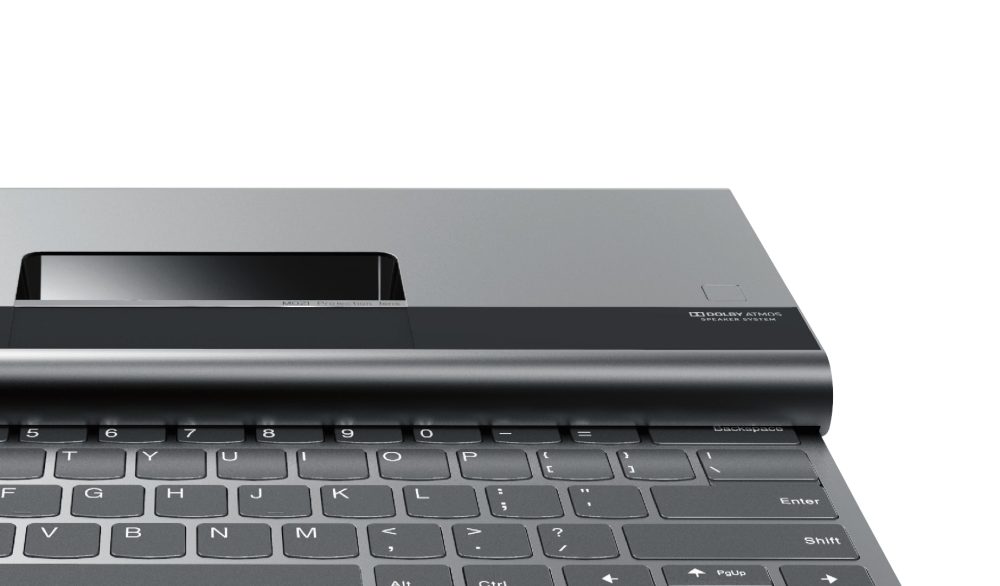 Lenovo is currently the biggest laptop maker on the planet and the Chinese company actively experiments with new designs and form factors to stay ahead of the competition. The hardware maker has now unveiled its latest concept laptop called Mozi, which has a built-in projector and a retractable keyboard.

Lenovo has only shared a single image of the concept laptop and it shows off the pull-out keyboard. Design-wise, it looks nothing like a conventional laptop, but Lenovo says that it has won the Red Dot Design Award. You can also see the projection module at the top used to project the display on a wall.

This makes it ideal for lectures and office meetings, but can also be used for turning your room into a home cinema. Red Dot says that the Mozi is a smart laptop that displays images through low-light projection. It is equipped with a processor, a projection unit, and a separate backup screen. Since it can be used without a monitor, it saves resources and enhances the laptop’s usefulness.

Lenovo has not revealed any specifications and it is unclear whether it plans to mass-produce the laptop. This means that there is no confirmation on whether the Lenovo Mozi will make it to the market for commercial use.