The Pakistani Rupee (PKR) continued to struggle against the US Dollar (USD) and posted losses in the interbank market today.

It depreciated by 0.22 percent against the USD and closed at Rs. 207.94 after losing 46 paisas in the interbank market today. The local unit hit an intra-day low of Rs. 206.65 against the USD during today’s open market session. Since 11 April, the greenback is up by Rs. 25.57 against the PKR. 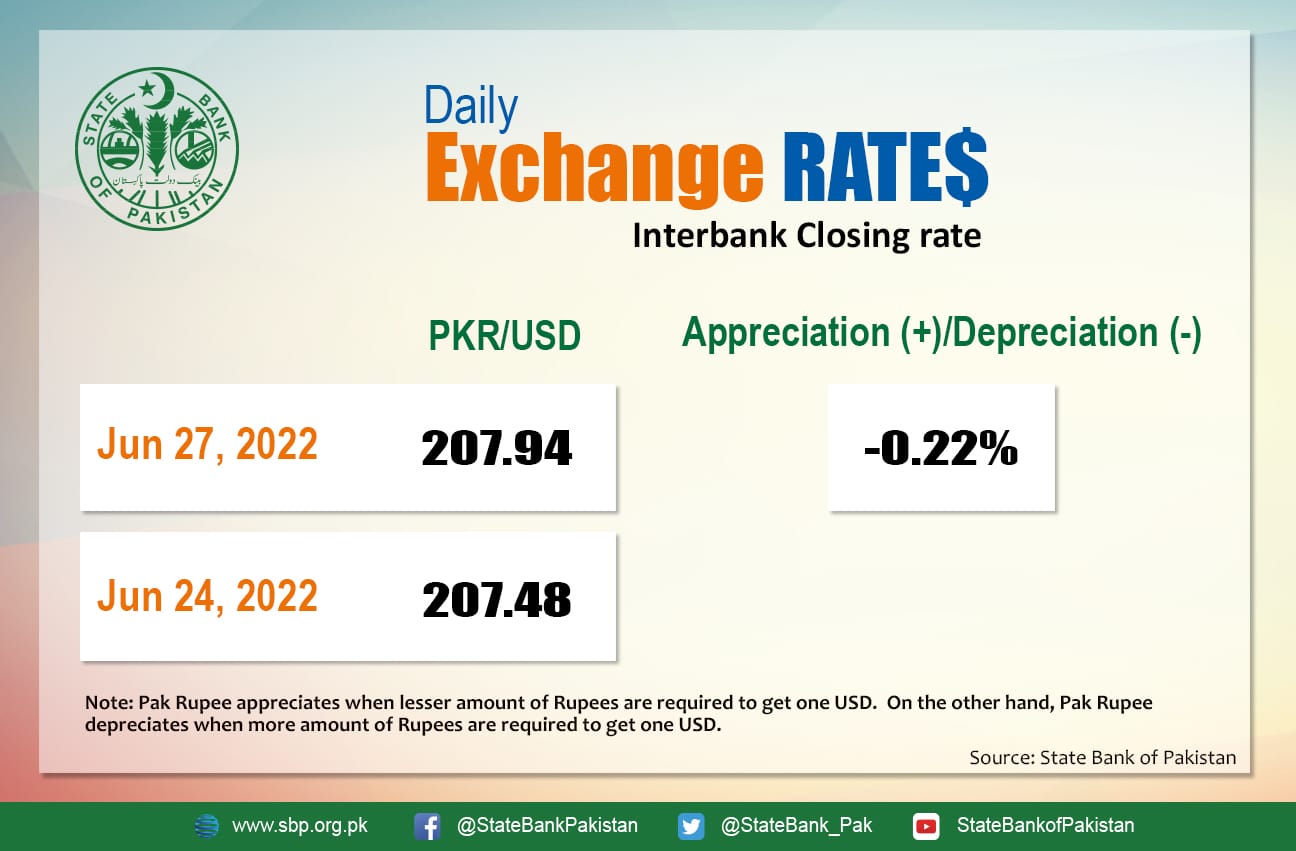 The rupee slid further against the dollar today after “more” reports that Pakistan and the International Monetary Fund (IMF) will sign the agreement for the revival of the extended fund facility (EFF) in the coming days. Sources said the talks between the two sides are expected to resume on June 28. Finance Minister Miftah Ismail and the State Bank of Pakistan Governor will sign the contract with IMF on Pakistan’s behalf.

In terms of global factors impacting progress at home, oil prices slid on Monday in a volatile session as investors contemplated moves against Russian oil and gas exports that might come out of the Group of Seven (G7) nations meetup in Germany.

According to Reuters, the possibility of further tighter supplies hovered over the market as western countries explored means to limit Russia’s ability to finance its invasion of Ukraine, despite the fact that G7 leaders were scheduled to discuss reviving the Iran nuclear deal, which may lead to increased Iranian oil exports.

Brent crude barely settled above $113, while the US West Texas Intermediate (WTI) stayed above $107 at $107.7 per barrel. Both benchmarks were on course towards a second successive weekly decline before the uptick. 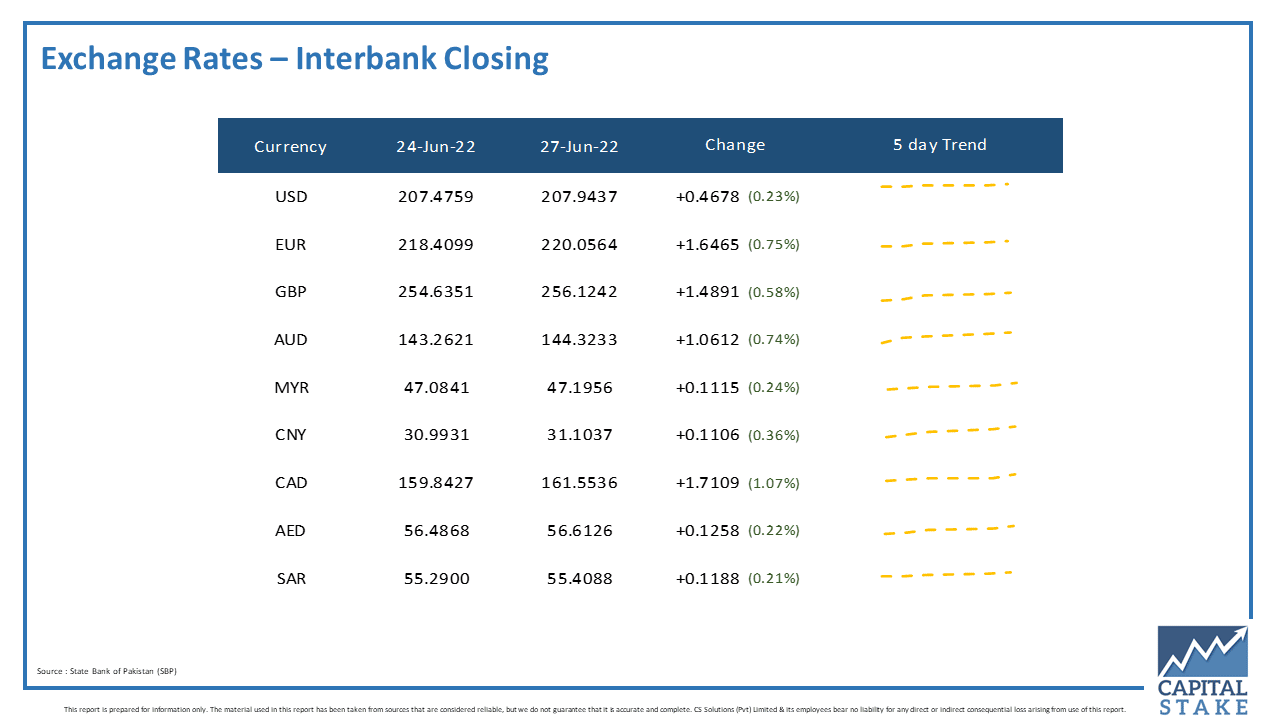