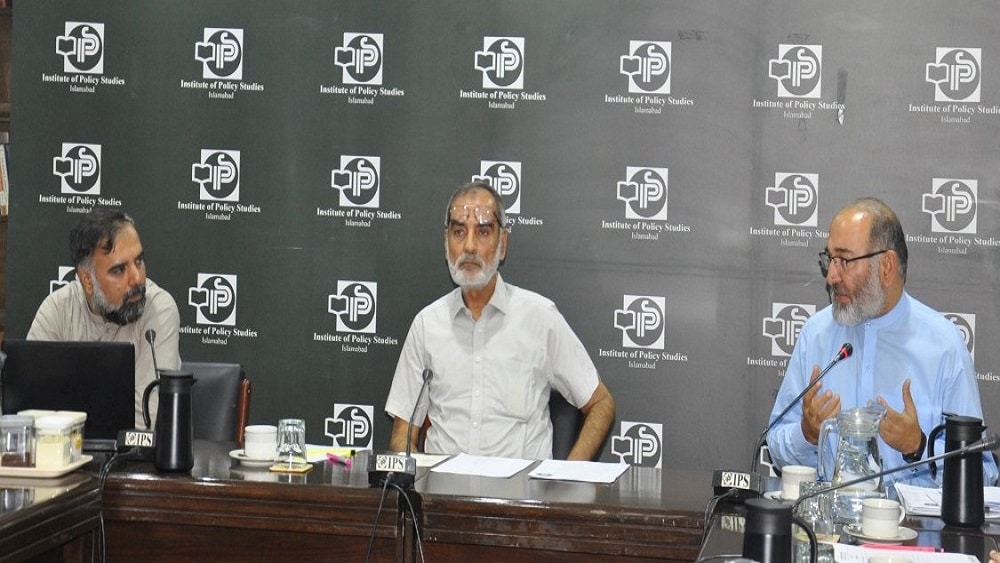 The legislative developments in Pakistan regarding transgender persons have caused confusion and chaos instead of guaranteeing the rights of the marginalized population of the gender variant population in the country. The Transgender Persons (Protection of Rights) Act 2018 has been legislated without recourse to local realities, cultural implications, and even judicious safeguards.

These views were presented during a roundtable consultation regarding this 2018 legislation at the Institute of Policy Studies (IPS), Islamabad in collaboration with Shaybani Foundation and National Law College, Rawalpindi. A diverse group of experts reviewed the law and the developments emanating from this legislation from the legal, social, religious, and cultural aspects. Medical and psychological aspects of the issue were also discussed threadbare.

It was pointed out that the right to gender identity on the basis of self-perception is the major flaw in this law and is already harming the social structure and violating the legal framework of the country. There are detailed guidelines in Islam related to those individuals who are born with ambiguities related to their sex. Their gender and rights are ordained under a scheme that ensures their welfare, rights, and participation in normal life to their maximum potential.

Despite this fact, the law in Pakistan has been promulgated without recourse to these injunctions or understanding of the domestic context of the Khwaja Sara population. In its current form, the law serves the purposes of the western campaign for LGBTQ persons and fails to eliminate the factors bringing agony to the lives of gender-variant persons in Pakistan, like the infamous guru culture.

The participants highlighted that there are several petitions in the superior courts challenging various aspects of the Act and a clear divide is already visible in different segments of society. The Council of Islamic Ideology, too, has shared its strong reservations on the definition of transgender persons and has held it against the letter and spirit of the Shariah and the law. The Council has also given recommendations for a law that takes into account the problems faced by hermaphrodites.

The freedom to identify one’s gender as per personal desire is problematic at its core. Apart from being a direct challenge to religion including Islam, it undermines the basics of humanity and human society, it was argued. The challenge is another episode of the western imperialistic paradigm that wants to prevail over all other cultures, civilizations, and thoughts. The deceptive title of human rights is constantly being used to invade Islamic and other Asian and African cultures. “The west, on the one hand, emphasizes universality even for its recently explored ‘values’ and on the other hand it is promoting intellectual and social anarchy in the name of post-modernism,” a social science professor stressed in the meeting.

Practitioners in the fields of psychology and medicine shared that there were elaborate mechanisms, guidelines, and practices to help ascertain the true gender of an individual and help a gender-variant person better integrate into the mainstream. The idea of separating sex from gender is already causing serious questions even in western societies. It does not help in realizing personal identity, and has in fact stripped humans of any identity whatsoever, one participant said.

Lack of awareness was seen as the major challenge in promoting and adopting the right approach. The members of Parliament are not only unaware of the other side of the picture, but they also do not have much concern about what the imposed legislation would entail for society. The people, on the other hand, are completely unaware of the ticking time bomb that this Act has fixed to destroy the social, cultural, and civilizational frameworks.

There is a need to think within the indigenous paradigm to identify the problems faced by the gender-variant persons by offering them protection and love of family and safeguarding the rights and interests of the society at large. For this purpose, however, the need for scientifically developed solutions and academically developed narratives is obvious. This may help policymakers in understanding the intricate issues underlying the whole concept.

Chair of the session, Khalid Rahman, chairman of IPS, said that the issue is not just confined to any single law or definition, rather it is related to a dimension of contradicting paradigms of life. He endorsed the importance and need for public awareness, networking and collaboration, and intellectuals’ role in dealing with the issue, which must be seen in a larger context in the changing global environment. He highlighted the need for working on the rehabilitation of affected people in this regard. The issue of the rights of the gender-variant persons must be taken up proactively to avoid a vacuum that would allow social engineering into our cultures, he concluded.