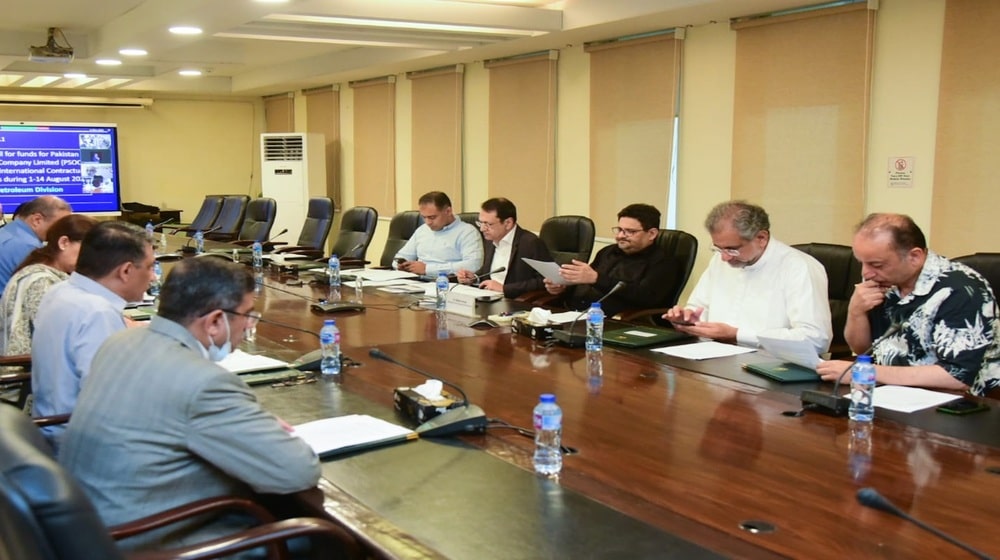 The government on Sunday approved an amount of Rs. 30 billion as a supplementary grant for receivables of Pakistan State Oil (PSO) to avoid disruption in the country’s oil supply.

Finance Minister Miftah Ismail presided over the meeting of the Economic Coordination Committee (ECC) of the Cabinet at the Finance Division.

Ministry of Energy (Petroleum Division) submitted a summary on call for funds for PSO to meet international contractual payments during 1-14 August 2022. It was informed that there has been a decline in sales of high-speed diesel (HSD) and motor spirit (MS) of PSO by 28 percent and 32 percent respectively. Further, the devaluation of the rupee against the US dollar has increased the cost of procurement of petroleum products.

For the smooth continuity of the oil and gas national supply chain and to avoid PSO from defaulting on international payments, the committee decided to clear the outstanding payments accumulated during the period of the previous government and approved an amount of Rs. 30 billion as a supplementary grant for PSO receivables.

It was also decided in the meeting that Power Division will make immediate payments of the current outstanding amounts of Rs. 20 billion by August 1, 2022, and Rs. 12.8 billion by August 4, 2022. The ECC also directed the Finance Division and Federal Board of Revenue (FBR) to submit a proposal for the generation of Rs. 30 billion through taxes, within a week.

On another summary of the Petroleum Division on the price mechanism of petroleum products, the ECC accepted the proposal to use the average exchange rate for the relevant period rather than the exchange rate of the last day for the current as well as future price determinations. The committee also directed Petroleum Division to work out in consultation with the Oil and Gas Regulatory Authority (OGRA) other options of setting up petroleum product prices within a week.

The ECC further directed Petroleum Division to submit a proposal within a week to regulate the prices of kerosene oil and light diesel oil after consultation with relevant stakeholders.