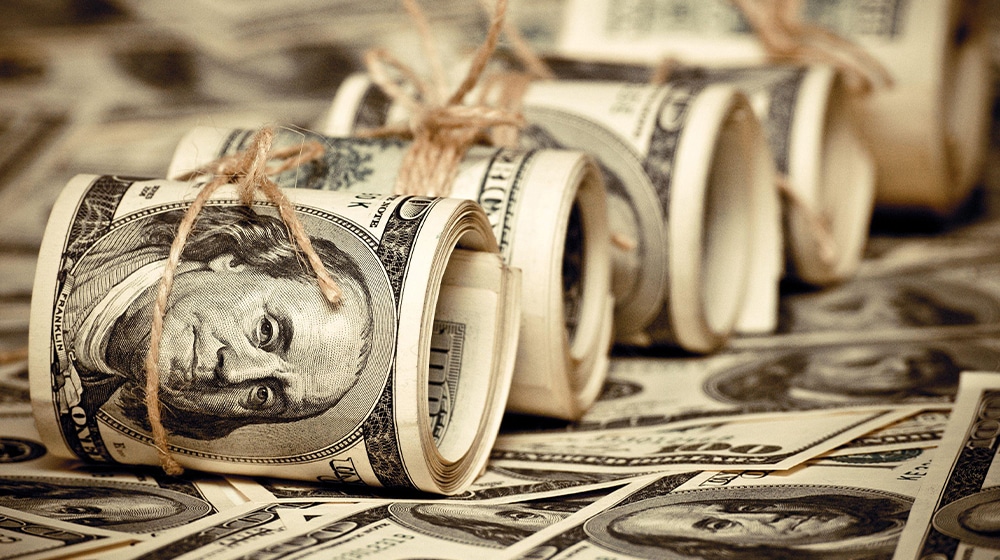 The Pakistani Rupee (PKR) continued to gain more ground against the US Dollar (USD) and posted big gains during intraday trade today for the eighth consecutive day.

By midday, the greenback fell by Rs. 5.61 to below 220 against the rupee for the second consecutive trading session. At 12: 55 PM, the local unit was trading at 216.39 against the top foreign currency with more recovery on the horizon as market sentiments realign. After moderating growth below the 220 level, the local unit closed at 218.88. 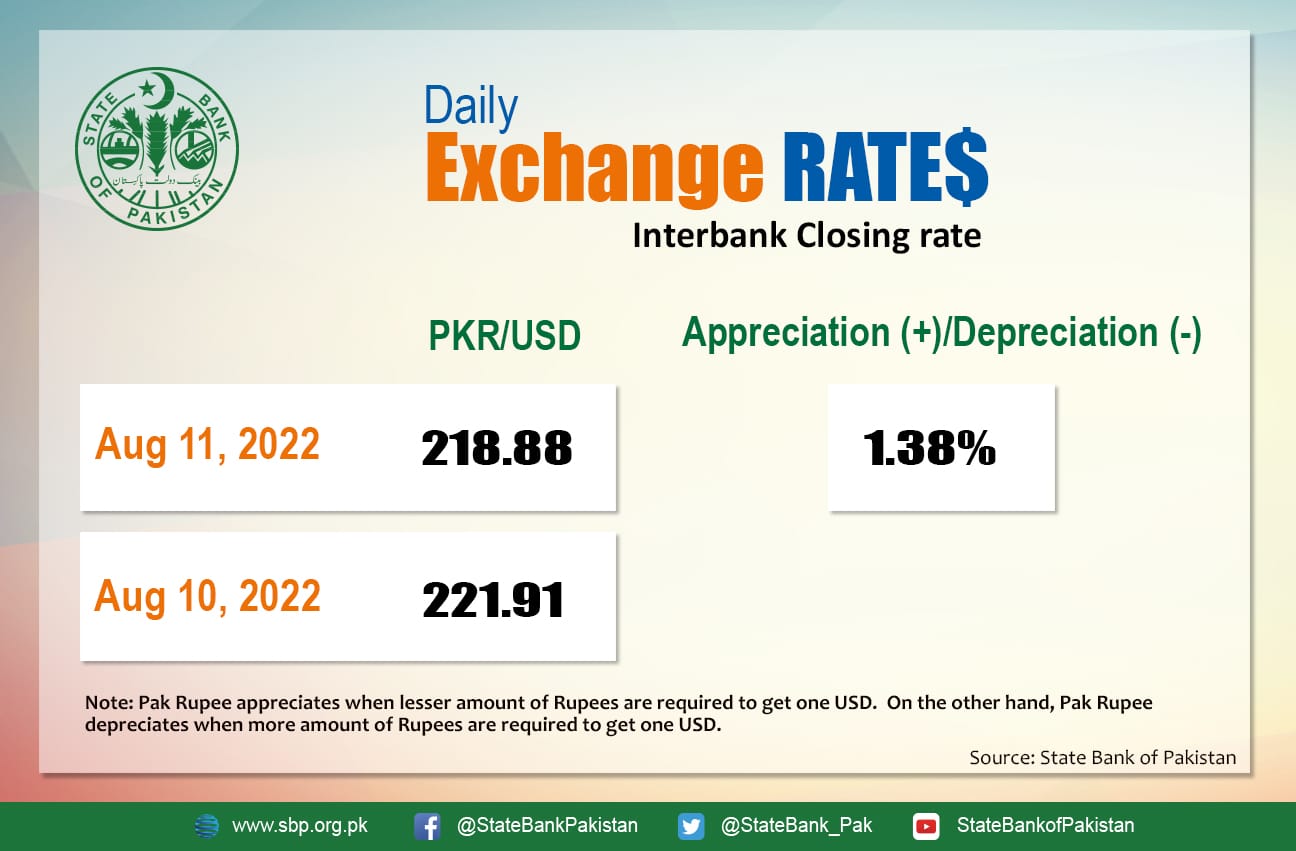 Today’s intraday growth comes after markets reacted to news that the International Monetary Fund (IMF) and Pakistan are close to an agreement on the Letter of Intent (LoI) for the lender’s $1.17 billion bailout for the cash-strapped nation. Government sources are of the view that Pakistan could receive LoI before the weekend.

Since last week, the PKR has continued to fuel market sentiments with significant growth with multiple factors playing a role. The IMF’s comments, soft dollar demand from importers, and USD selling by exporters are all helping the PKR. The local unit also received a major boost on Friday when Finance Minister Miftah Ismail announced that the government will control the flow of imports for the next three months to keep the country on track toward recovery.

Since July, Pakistan’s imports have continued to drop due to a limit on certain commodities and decreasing petroleum imports.

The local unit has defied the on-ground political drama as events continue to point towards general elections in the near term. Despite Wednesday’s “frightening conspiracy” revelations, the currency market ignored the heat and looks set for ending on a high when trade suspends on Friday. 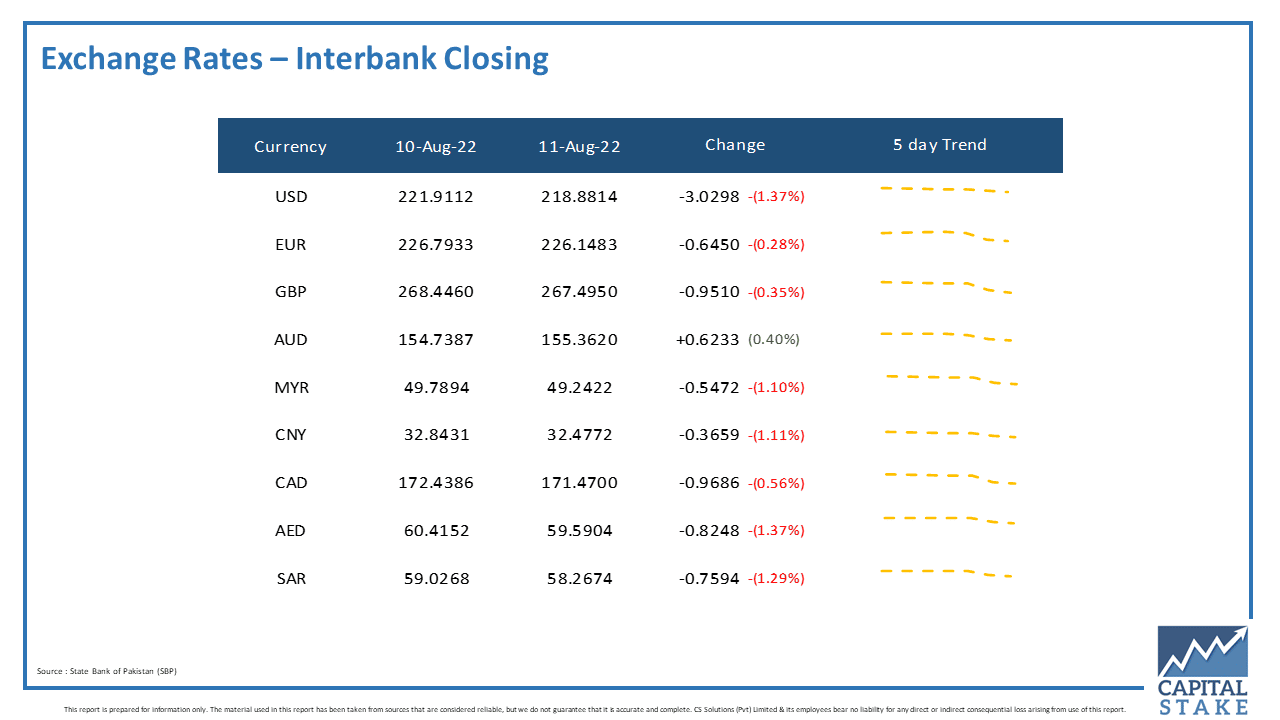