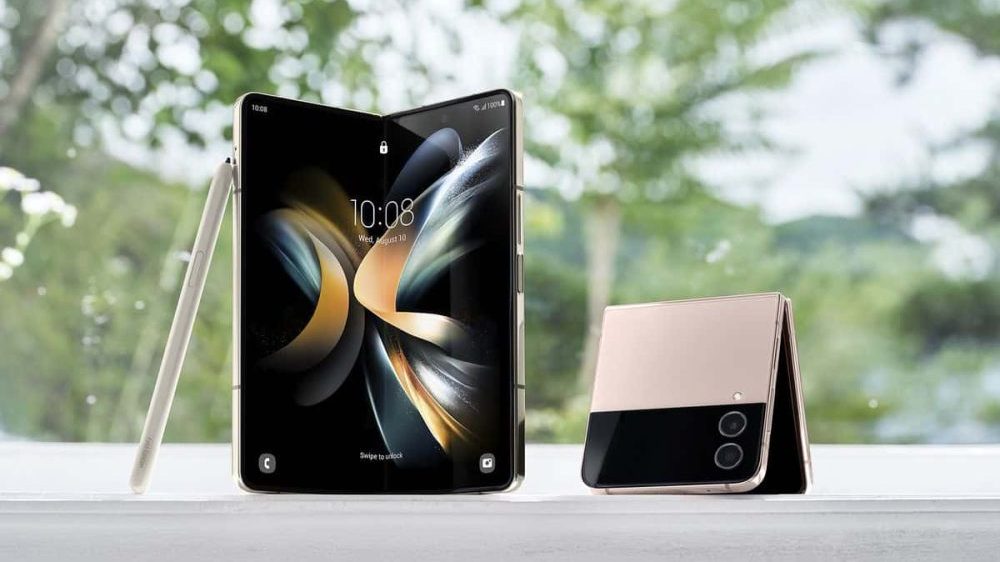 Samsung just unveiled its new foldables at its Galaxy Unpacked launch event on August 10. During the event, we got to see the new Galaxy Z Fold 4, Z Flip 4, Galaxy Watch 5 series, Buds 2 Pro, and more.

The spotlight, of course, was meant for the new phones, but are they really worth buying? I think the answer is quite clear when you can hardly even tell the two generations apart. It almost feels like Samsung is dabbling into Apple’s iPhone or MacBook territory with laughable “upgrades” every single year.

On paper, the Galaxy Z Flip 4 and Z Fold 4 are perhaps the most disappointing upgrades of the year. Incremental upgrades are one thing, but Samsung hasn’t even been generous with those.

The Z Flip 4, for instance, only has a new Qualcomm chip, which is not exactly leaps and bounds ahead of the previous generation. The camera setup is the same, only with a slightly newer sensor. The only notable “upgrade” here is the battery, which is 500 mAh more than last year with slightly faster charging.

The same goes for the Z Fold 4, but it doesn’t even have a battery upgrade over the last generation. It replaces the 12MP main camera with a 50MP sensor and also gets the new Snapdragon 8+ Gen 1 chip, but that’s about it for the two phones.

Now compare these with Xiaomi’s new Mix Fold 2 and Moto Razr 2022, both of which are leagues ahead of their predecessors both in terms of hardware and design. The Moto Razr 2022 is now a full-blown flagship foldable and Mix Fold 2 is currently the thinnest and lightest folding phone on the market. Not to mention, both of these are also cheaper than their respective Samsung rivals.

But since the new Z Folds only have a tiny hardware upgrade, surely Samsung must have improved the design? Not quite.

As mentioned earlier, the new Galaxy Z Flip and Z Fold barely look any different from last year. Looking at them side by side, you can’t tell they are different phones, and only when you look very closely can you tell that the screen is a whole millimeter wider than before.

You would at least expect the display creases to be a little less prominent than before, but that’s not the case either. Oppo was able to make the display crease invisible on its first-ever foldable phone, the Find N, so there are definitely no excuses for Samsung, which has launched its fourth Galaxy Fold this year. Creases are some of the most disliked aspects of a foldable phone and it is disappointing to see no improvements in this regard.

Samsung also claimed that the under-screen selfie camera on the Z Fold 4 is less noticeable than before, but it is still quite visible if you look for it. Nothing like ZTE’s Axon 40 Ultra, which hides the under-screen camera so well that you can’t tell it’s there.

The Korean phone maker has added a little more functionality to the Z Flip 4’s outer screen and the displays are also slightly wider than before, but that doesn’t deserve attention.

The Z Flip 4’s software is no different from last year, so we are going to skip right over that. The Z Fold, however, now has a highly useful taskbar at the bottom of the screen similar to Windows. You can add any app of your choice here and quickly launch one whenever you need to while using other apps. There is also a dedicated multitasking button that can launch multiple apps of your choice at the same time.

Another noteworthy upgrade is that a lot more apps now have support for split-screen use for both the Z Fold 4 and Z Flip 4. Thanks to that, the new foldables feel more complete than before. But the credit here mostly goes to app developers rather than Samsung itself.

Do any of these changes warrant an upgrade over the last generation? Absolutely not. If you already have an older foldable phone in your hands, we recommend holding on to it until an actually better one comes out.

If you don’t already have a foldable phone and are looking to get one, we would recommend going for the previous generation instead, since those are 90% the same and are also a lot cheaper.

This isn’t the first time we are seeing this in the smartphone industry. Phone makers tend to get lazy when there is a lack of competition in the market and they know their phones are going to sell well despite the tiny changes. Apple’s iPhones, for instance, are prime examples of this scenario. The iPhone 13 is barely any different from iPhone 12, and the 12 looks like a twin brother of the iPhone 11. These are still the top-selling phones every year.

Samsung Galaxy Z Flip 4 and Fold 4 are not bad phones at all. They are some of the most well-rounded and polished folding phones in the market, but to call them an upgrade would be the same as calling iPhones innovative.

All of Samsung’s foldable competition is either limited to China or comes from a much smaller company, so they don’t have anything to worry about for a while. At least, not until Apple launches its take on folding phones. We are not going to see any significant improvements in foldables unless there is some serious rivalry in the industry. So for now, all we can do is wait.