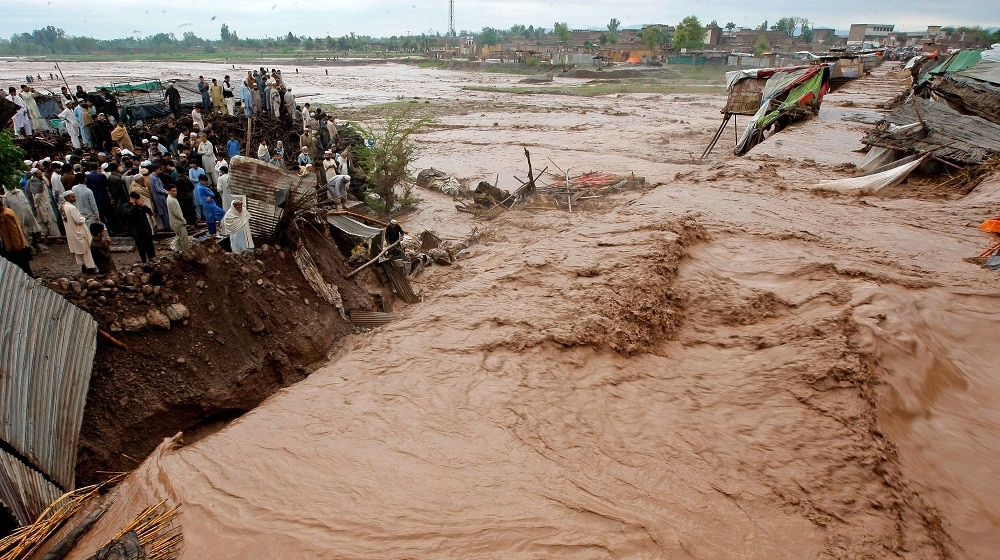 This year’s ravaging monsoon floods have desecrated the world’s fifth most populous nation with an economic hit in excess of $10 billion.

Finance Minister Miftah Ismail told the daily national newspaper that these preliminary estimates could change after conducting field surveys. Miftah stated that he does not currently have details on the losses suffered by each sector of the economy.

He added that the government had yet to take investors into confidence on the initial assessment of the damages caused by the deluge described as a humanitarian disaster of epic proportions.

The natural disaster comes as Pakistan tries to end the dollar drought while dealing with one of the highest inflation rates in the continent. The cash-strapped South Asian country has already sought assistance from international donors to help deal with the severe weather event, and the International Monetary Fund (IMF) is scheduled to meet later today to resume the long-awaited $6 billion loan bailout for the country.

It is noteworthy that Pakistan’s agriculture accounts for roughly a quarter of the economy, and sadly, the swirling flood waters have damaged or submerged millions of acres of its farmland, including a portion of the prized cotton crop. So far, the provinces of Sindh, Punjab, and Balochistan have taken the brunt of the damage.

Heavy rains, according to the State Bank of Pakistan (SBP), could have a negative impact on agricultural output. The regulator has already predicted that economic growth will fall from 6 percent last year to 3-4 percent in the current fiscal year.

Research suggests precipitation in some areas was 600 percent higher than average this year. Rainfall in Pakistan this season has exceeded levels recorded during the devastating flash floods in 2010, which prompted $4.5 billion in assistance from the IMF, the United Nations, the World Bank, and the Asian Development Bank. Following the natural disaster, Pakistan imposed a 15 percent surcharge on all income to fund additional costs for relief, restoration, and potential subsidies for affected industries.

In the aftermath of the 2005 earthquake and 2010 floods, Pakistan and its donors assessed the losses to various sectors of the economy. In the next phase, donors then helped after the reconstruction phase with adequate relief and rehabilitation. This time around, analysts expect the same strategy to be used again.

According to initial data, over 1,000 people and millions of livestock have died across the country, with an unknown number of houses, hotels, and roads damaged in major flood-hit areas of Punjab, Sindh, Balochistan, and Khyber Pakhtunkhwa (KP).

Overall, the cumulative casualties between 14 June and 28 August have reached 2,636, of which 1,061 are deaths. Sindh remains the most affected province with 349 deaths, followed by Balochistan and KP with 242 deaths each.