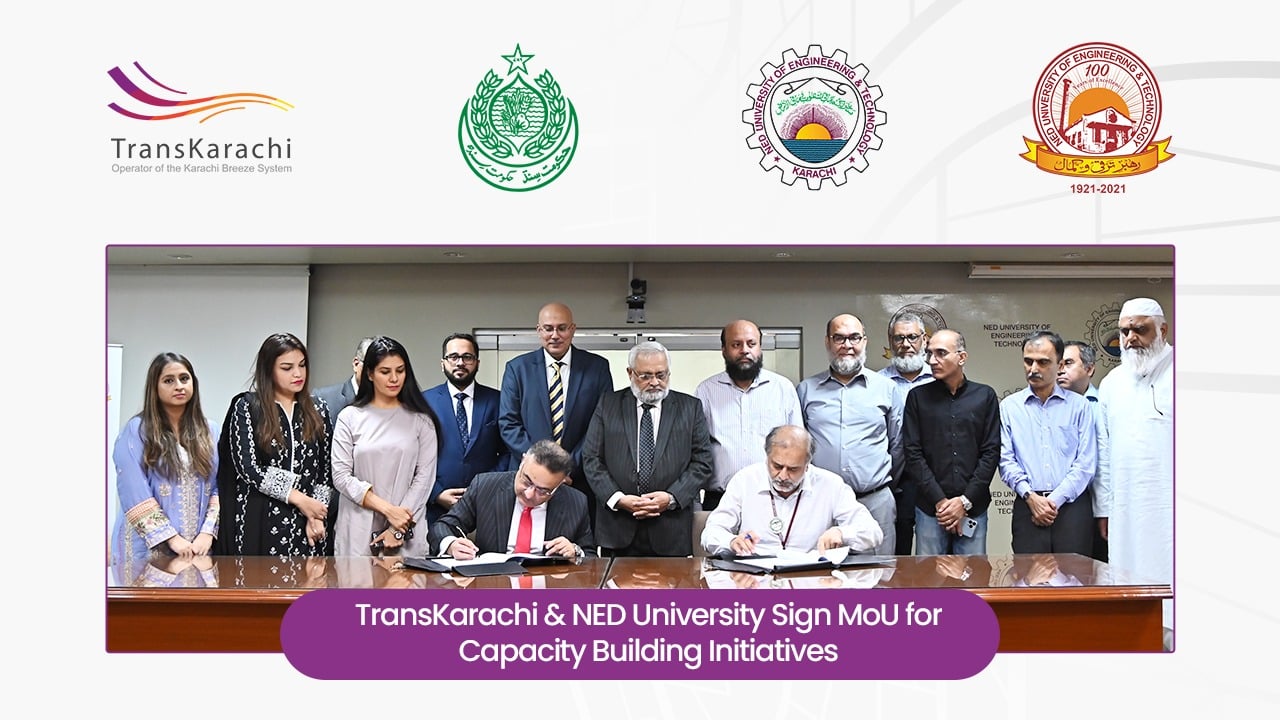 TransKarachi, a public sector company established and owned by the Government of Sindh to carry out the project implementation of the $504 million Karachi Bus Rapid Transit (KBRT) Red Line, has signed a memorandum of understanding (MoU) with the Nadirshaw Eduljee Dinshaw (NED) University of Engineering & Technology.

Following the partnership, TransKarachi and NED University will collaborate on capacity-building initiatives in the areas of transport infrastructure, drainage design, as well as resource optimization and gender mainstreaming to facilitate the performance of the entire KBRT Red Line network for citizens of Karachi.

To mark the occasion, an MoU Signing Ceremony was held at the Senate Hall, Main Campus, NED University on the 15th of September 2022.

Speaking at the occasion, Wasif Ijlal, CEO TransKarachi, said, “We are extremely honored to partner with an institution of such great repute. NED University is the hub of technology and I truly believe that this collaboration will transform the public mass transit landscape of Karachi.”

“NED University produces thousands of qualified engineers every year and we will stay committed to providing our support in terms of capacity building and technical capabilities. The public may face some hindrances during the construction of the BRT Red Line, but our focus is on the bigger picture,” he added.

The $504 million Karachi Bus Rapid Transit (BRT) Red Line project is sponsored by the Government of Sindh, with financial assistance from the Asian Development Bank (ADB) and co-financiers, including the Asian Infrastructure Investment Bank (AIIB), the French Agency for Development (AFD), and the Green Climate Fund (GCF).