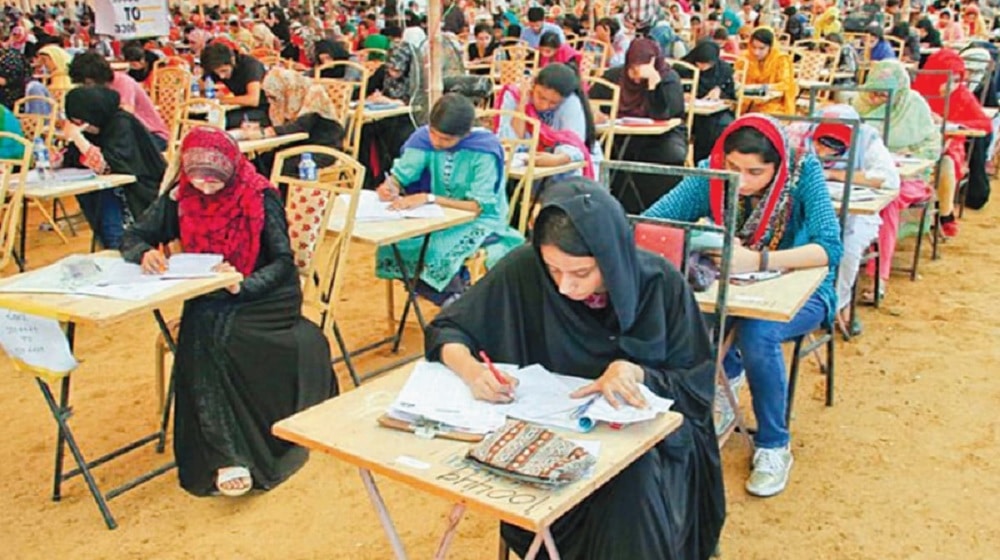 The Medical and Dental Colleges Admissions Test (MDCAT) is likely to be held in November 2022 as the country struggles to overcome its flood-induced damages.

The matter was discussed in a recent meeting between the President of the Pakistan Medical Commission (PMC), Dr. Noushad A. Shaikh, and Sindh’s Minister for Health Minister, Dr. Azra Fazal Pechuho.

Following the meeting, PMC tweeted that Minister Pechuho praised the PMC’s performance and recommended conducting the MDCAT on one day across the province.

Moreover, it was proposed during the meeting that the test be held in mid-November.

President PMC Dr. Noshad A. Shaikh met with the Minister for Health Sindh @AzraPechuho. Health Minister appreciated the performance of PMC & also acknowledged to conduct MDCAT provincially in one day. It was also proposed to conduct MDCAT in the mid of November. pic.twitter.com/J0SND36ZxV

Last month, the PMC had announced that the MDCAT for admissions to MBBS and BDS would be conducted between 7 to 30 September throughout Pakistan. However, the record-breaking monsoons wreaked havoc all over the country, which forced the PMC to reschedule it.

On the other hand, the Ministry of National Health Services, Regulations, and Coordination (NHSRC) had also urged PMC to postpone the test due to floods.

Subsequently, the PMC considered conducting the MDCAT on the same day across Pakistan.

As per reports, it has been discussing the issue with all public and private medical and dental colleges, and the new date will be officially announced soon.