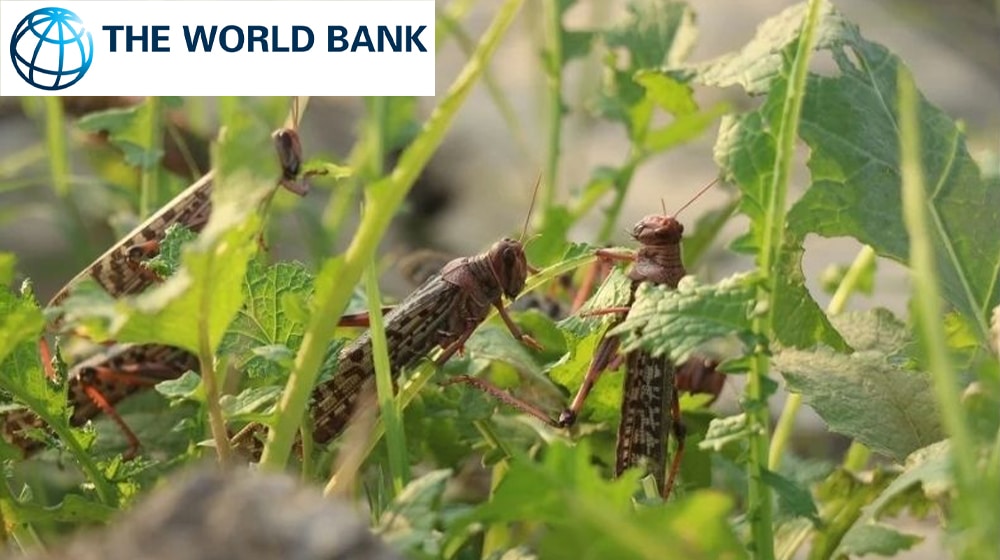 The World Bank (WB) is likely to further downgrade the $200 million locust emergency and food security project for Pakistan, besides already canceling a partial commitment of $104 million bringing it down to $96 million, after facing an inordinate delays in implementation.

Official documents revealed that the overall progress of the project towards achieving Project Development Objectives (PDO) has been downgraded to unsatisfactory as the project is now significantly behind schedule.

The project was approved on July 31, 2020, but only $20 million have been disbursed so far and $78 million remain undisbursed. The closing date is June 30, 2023. The project is moderately satisfactory (interim rating pending next implementation support mission—downgrade expected). The Mid-Term Review of the project will be organized in November 2022.

Two years after the approval date, the Project Management Unit (which was to be operational by June 1, 2021, and this was a dated covenant in the Financing Agreement) has yet to be established and project activities have yet to commence. At the final wrap-up meeting of June 2, 2022, the World Bank team reiterated the urgency of starting project activities that are common between the approved PC-I and the Bank’s Project Appraisal Document (PAD) and that meet the country’s current needs.

The restructuring mission organized between March to June 2022 resulted in a proposal for a revised project. Confirmation or feedback on the proposed restructuring is awaited from the Ministry before any further action can be taken to restructure the project. In the meantime, the Ministry is encouraged to begin the implementation of activities included in the PC-1.

Locust Emergency and Food Security Project – $200 million envisaged through a strengthened and better coordinated federal/provincial government system, would introduce and implement a set of customized activities, conducting locust surveillance and controlling operations, rehabilitating livelihoods of affected rural communities and farmers. These also include as strengthening and operating the Food Security and Nutrition Information System, emphasizing climate-smart agriculture measures and women’s participation, to effectively address the desert locust outbreak and reducing vulnerability to climate change in the long term.