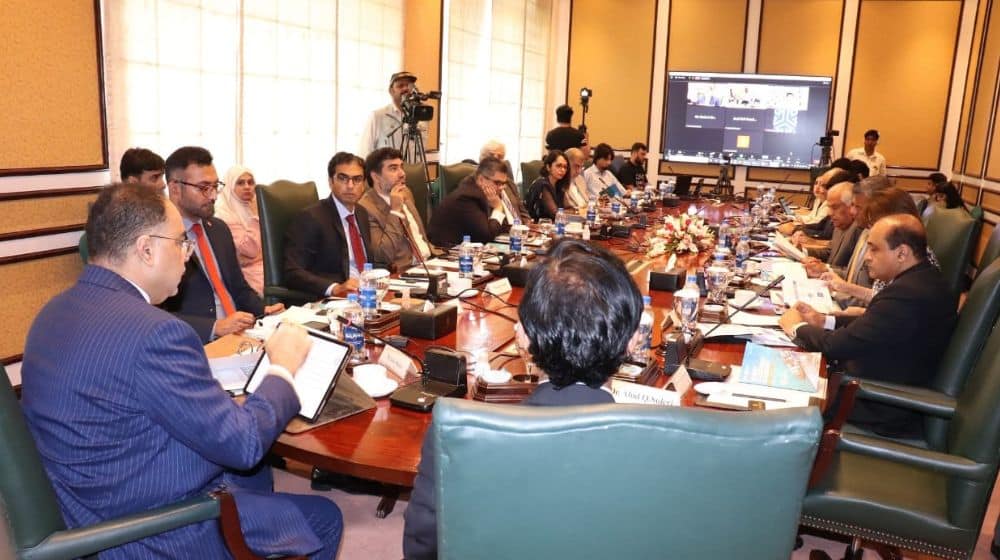 The launch ceremony of the report ‘Pathways to a Sustainable Blue Economy: Role of Financial Institutions‘, organized jointly by the Sustainable Development Policy Institute (SDPI) and the Bank of Punjab (BOP), was recently held in Islamabad.

Zafar Masud stated that the enormous potential of the Blue Economy to contribute toward economic growth and improvements in livelihoods had not been fully realized by the policymakers of Pakistan and across the world.

He added that the maritime sector provided a significant opportunity to meet the external financing requirement in the short to medium term by raising funding through Green and Blue bonds on extremely attractive terms (vis-à-vis plain vanilla offering of Sukuks and Eurobonds), enhancing fish exports, offering coastal tourism, etc.

The global sustainable bond market is estimated to be around US$ 1 trillion; China and India have taken the lead in terms of issuance of global sustainable bonds with over US$ 12 billion raised by each of them hitherto, whereas in India, the corporate sector raised nearly US$ 10 billion through ESG and Green bonds in 2021, he added.

Zafar added that while Pakistan tasted success in its first green bond issuance in 2021, there was a need to develop a larger pipeline by identifying green assets and scaling up capacity to meet international standards.

Climate change and over-exploitation of our blue natural resources are extracting significant costs in terms of loss to marine biodiversity, he stressed.

He further said that the recent flooding could also be mitigated with proper and focused infrastructure investment in this area, and that the livelihoods of communities dependent on the blue resources were also being impacted, leading to rising unemployment and poverty.

Blue economy contributes 0.45% to GDP which is $ 1 billion, he said, adding that Pakistan’s maritime sector is confronted with governance issues, lack of technology, marine pollution, and destruction of mangroves.

He pointed out that $5 billion can be generated annually through coastal and marine tourism. 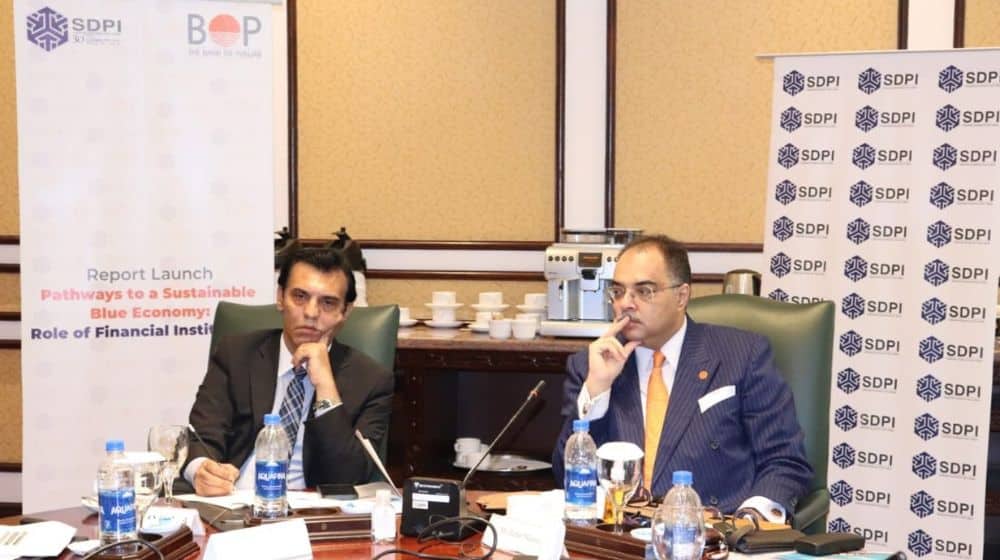 Only adding a port without a port city will not add anything substantial to the economy, he said and suggested that we must focus on rules and policies on trans-shipment and turning our ports into green and completely change the fate of these ports.

He further proposed to develop marine tourism and reduce fossil-fuel-based transport through in-land freight by adding sea liners and insurance covers in the sector something India has already achieved.

He said the Ministry of Maritime Affairs was proactively devising policies to promote the sector. Emphasizing amending the mercantile marine policies, he suggested offering incentives and tax exemptions to attract private sector investment in this sector.

Rahat Jabeen – Senior Environmental Specialist of the World Bank, said that the blue economy roadmap in collaboration with the Ministry of Maritime Affairs was in the pipeline.

Sayem Ali – Divisional Head & Chief Economist, BOP, drew the participants’ attention to global investment trends: China and India had raised $ 12bn each through the issuance of green bonds, mostly through issuance by their respective corporate sectors rather than the government.

The growing ESG market provides an opportunity for Pakistan and we have tasted success with the issuance of the $500m green bond in 2021, he added.

Dr Vaqar Ahmed – Joint Executive Director, SDPI, suggested developing an online tracker of blue investments for both pipeline and potential investments, which, he maintained, would help identify opportunities as well as challenges posing hurdles in the growth of the blue economy.