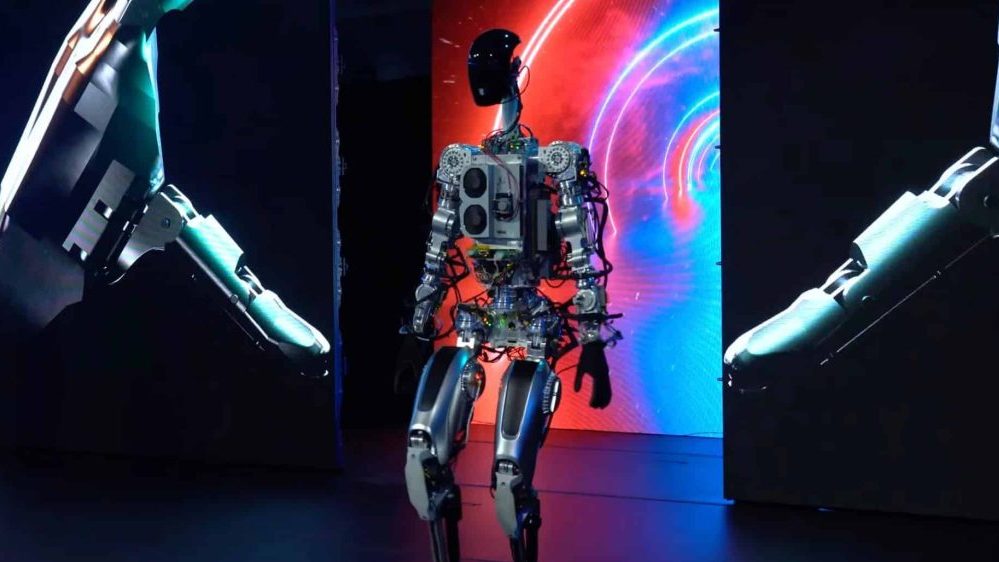 We are one step closer to the future we saw in the movie I, Robot. Soon we will have robots helping us with everyday tasks, at least in factories before our homes, as shown by Tesla’s new robot showcase.

Tesla CEO Elon Musk has revealed a prototype for its humanoid robot called Optimus. It shares some of its AI software and sensors with Tesla’s autopilot driver assistance features found on its cars. Musk says that Optimus will be able to do a lot more than what was shown live and it was also the first time it operated without a tether on stage.

The executive added that the difference between Optimus and other impressive humanoid robots is that its built for mass production to be made in millions. The robot first walked on stage and did a “raise the roof” dance move. The company also shows a few clips of Optimus doing other tasks like picking up boxes. The Tesla team later brought out another prototype showing a “very close to production” version of Optimus with its body fully assembled but not fully functional. It was able to wave to the crowd, but it wasn’t quite ready for walking just yet, according to Musk. The robot was reportedly prepared in just six months.

It carries a 2.3kWh battery pack, runs on a Tesla SoC, and has Wi-Fi and LTE connectivity. The presentation focused on the robot’s movements in its joints and hands, showing how it processed data for each joint. This should allow the robot to pick up objects with precision grip in the future for smaller parts.

Musk has said that production could start as soon as next year and future applications could include cooking, gardening, and more. He says that it will be quite friendly and will revolutionize the company’s assembly line and manufacturing business. It could hit a price of “probably less than $20,000”.