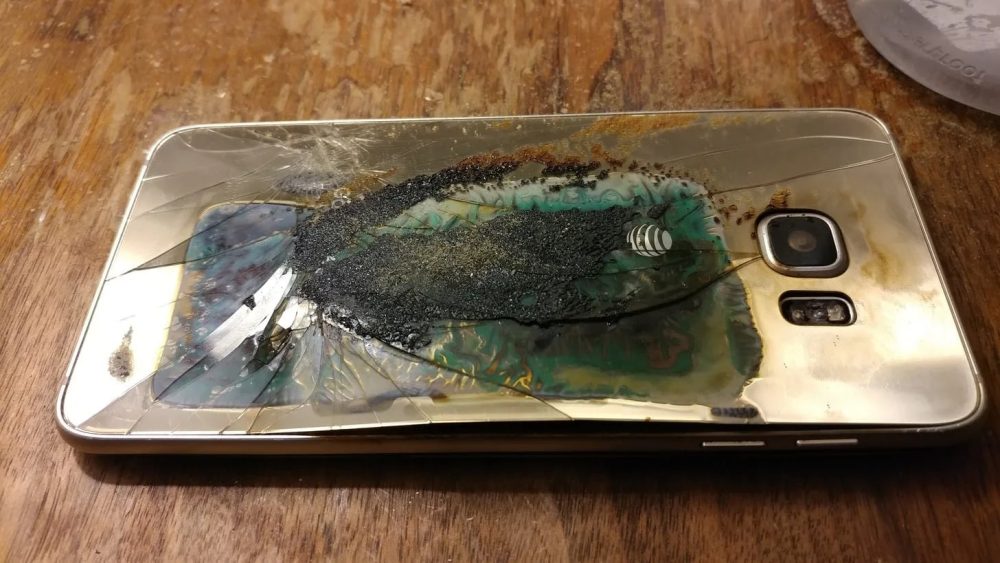 Smartphones exploding due to battery failures is nothing unheard of. Samsung’s Galaxy Note 7 was perhaps the most infamous in this regard, spawning a multitude of memes and even new safety protocols across airlines and other sensitive areas.

ALSO READ
Samsung and Intel Are Working on “Sliding” PCs

It appears that Samsung’s ill reputation for exploding smartphones is here to stay, as reported by tech YouTuber MrWhoseTheBoss. The YouTuber, Arun Maini, noticed that multiple Samsung smartphones he owned had inflated out of nowhere with swollen batteries. Some had even exploded from the back, leaving the phone completely charred.

This happened to new phones as much as old phones including the Galaxy Z Fold 2, Galaxy S20 FE, Galaxy S9, Galaxy S10, and some others.

The key factor here was that it was only Samsung phones that had exploded, with no signs of damage to phones from other brands. These phones were only used once or twice for unboxing videos, reviews, and battery tests. The rest of the time the phones were turned off and just sitting idly on shelves.

Reaching Out to Samsung

The YouTuber reported his findings to Samsung, to which the company responded to by insisting that he send them all the damaged phones. Afterward, Maini tried to reach out to Samsung multiple times, but he would only get a “we will get back to you when we have new updates”. This continued for multiple weeks.

Maini reached out to other fellow tech YouTubers who have their own collection of smartphones. They confirmed that several of their Samsung phones had exploded. This was happening to Samsung phones at a much higher rate compared to other brands.

YouTuber JerryRigEverything explained the root of this issue. His theory is that the electrolyte material in the battery is slowly evaporating over time when the phone is not in use. This creates a gas, causing swelling, which eventually breaks through and ruins the battery completely.

It appears that the risk is only with phones that have not been used in a while, but it’s still an alarming situation regardless. So if you do happen to have an old Samsung phone lying around, we recommend checking on it.