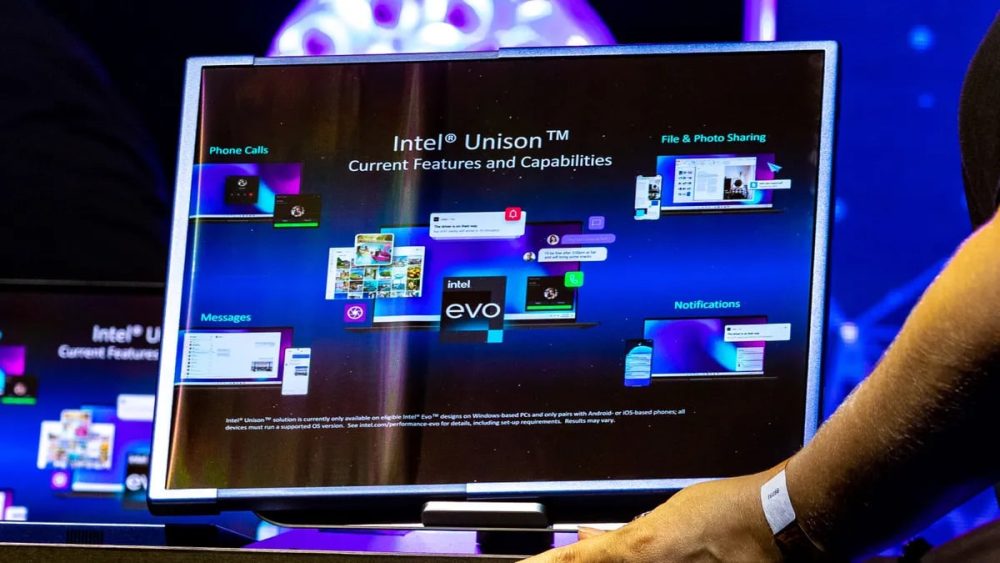 Smartphones may be headed toward the foldable side of things, but that’s not the direction PCs are taking. Instead, Samsung Display and Intel are working together on slidable displays that look a lot like rollable phone concepts like the ones Oppo showcased last year.

ALSO READ
Future Samsung Phones May Have No Buttons

Intel hosted its Innovation keynote today and Samsung Display’s CEO JS Choi appeared on stage to show off a prototype PC that can slide out to show a bigger display. It is a 13-inch tablet by default, but it can be extended into a 17-inch screen.

We’re announcing the world’s first 17-inch slidable display for PCs. This device will satisfy various needs for a larger screen and portability as well.

Samsung has chosen to implement sliding displays rather than foldable technology for its flexible PCs and Choi used the opportunity to comment that “foldable is gone” on PCs for now.

The GIF below shows the sliding display in action.

Intel has been experimenting with new PC form factors and was working on a dual-screen foldable similar to the Surface Neo before Microsoft dropped support for Windows 10X, an alternate version of Windows for foldable devices. These types of devices rely heavily on their software to run apps and programs reliably, otherwise, they are bound to fail. It is unclear how Intel is planning to make its slidable PC a reality.

Intel also showed off its new Unison software that will connect Intel-powered computers to smartphones including iPhones. This should let you use a much bigger display for your smartphone if you want to watch a movie or make a presentation.

It is worth mentioning that Samsung and Intel’s new sliding PC is just a concept device for now and will not hit the market anytime soon. Regardless, we can expect more updates in the future so stay tuned.