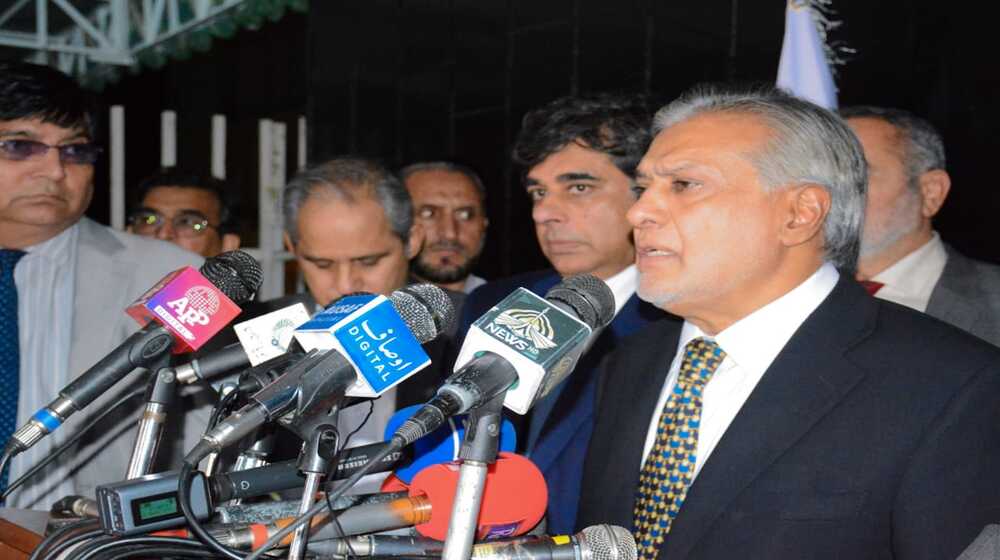 Federal Minister for Finance and Revenue Ishaq Dar has said that the government has fixed the electricity tariff of Rs. 19.99 for five export-oriented sectors.

Addressing a press conference along with All Pakistan Textile Mills Association (APTMA) representatives, the Finance minister said that a subsidy to the tune of Rs. 100 billion would be given on account of providing these sectors with cheaper electricity. Ministry of Finance will bear all the price differential amount, he added.

Dar highlighted that the export industry was earlier promised electricity at 9 cents; however, the tariff was revised after two months instead of one year. If exports increase by 15 to 20 percent, external problems will be solved, added Finance Minister.

He highlighted that there is no need to take IMF into confidence on this package as the financial capacity of this package is there and government can fund this from its own resources.

He further stated that PML N government had given Rs. 180 billion package last time due to which exports witnessed an increase of 12.7 percent. He mentioned that if the PTI government had maintained that policy, the export volume would have increased further.

Ishaq Dar maintained that as soon as he arrived, the value of the rupee started improving. A difference of 12 rupees between open and interbank markets has since come to Rs. 1. The actual value of the USD is below 200 against the rupee. Currently, the exchange rate is adjusting itself, he added.

He also said that Pakistan’s debts have decreased by Rs. 2600 billion due to the improvement in the value of the rupee.

The Finance minister said that we will also take action against the banks involved in the manipulation of the exchange rate. He also stated that a three-member delegation under his supervision will conduct talks with the International Monetary Fund (IMF) on the occasion of the annual meeting on Monday. The other members of the delegation include the Finance Secretary and the Governor State Bank of Pakistan.

While denying the rumors of a hefty salary package of Rs. 72 million, he said that his salary goes to some hospital or institution. He also said that Nawaz Sharif will come to Pakistan soon.