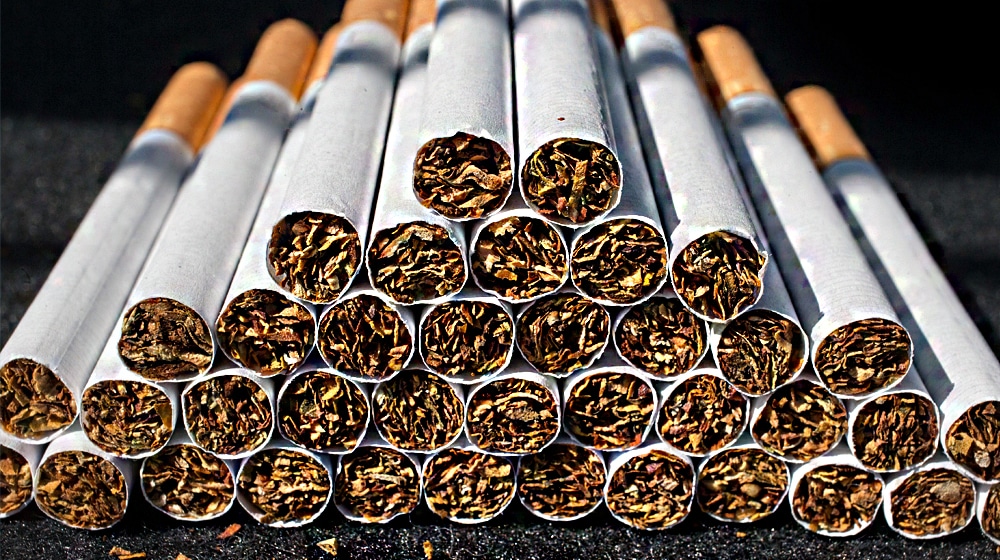 The Collectorate of Customs (Enforcement) Karachi has unearthed a new fraudulent technique used by smugglers to bring non-duty paid cigarette-making paper (filter rolling paper) worth Rs. 4.1 million under the cover of a personal baggage scheme.

According to the details, a passenger, namely Muhammad Khan arrived from Dubai with luggage and declared the cigarette-making paper as a household item.

It has been established that the culprits involved in the case attempted to smuggle restricted or non-bonafide goods by misdeclaring and suppressing the presence of cigarette-making paper.

However, upon investigation, it was revealed that the luggage included cigarette tipping paper of more than 9,157 kg and 1,800 bobbins. It is important to note that 1,800 bobbins can be used to make over 540 million cigarettes.

As per the First Information Report (FIR), confiscated cigarette-making paper in bobbins was not a bonafide item to be imported under the personal luggage scheme allowed under SRO 666(1)2006 dated June 28th, 2006.

The role of the clearing agent would also be ascertained during the investigation. Customs officials stated that further investigations into the matter are in progress.