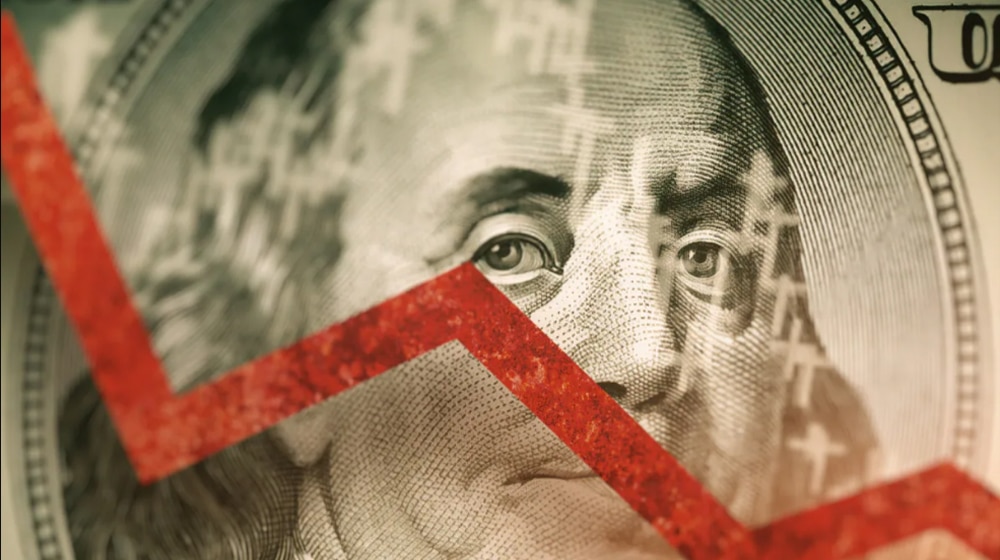 Pakistan’s chances of defaulting on its debt have reached alarming new levels, with the cost of ‘insuring’ the country’s sovereign debt hitting another all-time high in devastating fashion.

According to data by Arif Habib Limited (AHL), Pakistan’s benchmark 5-year Credit Default Swap (CDS) spiked on 18 November by a whopping 1,253 basis points to 92.53 percent. The instrument has widened by over 12.53 percentage points in a single day and shows that investors are not willing to take on Pakistan’s default risk at a price level inferior to 92 percent. 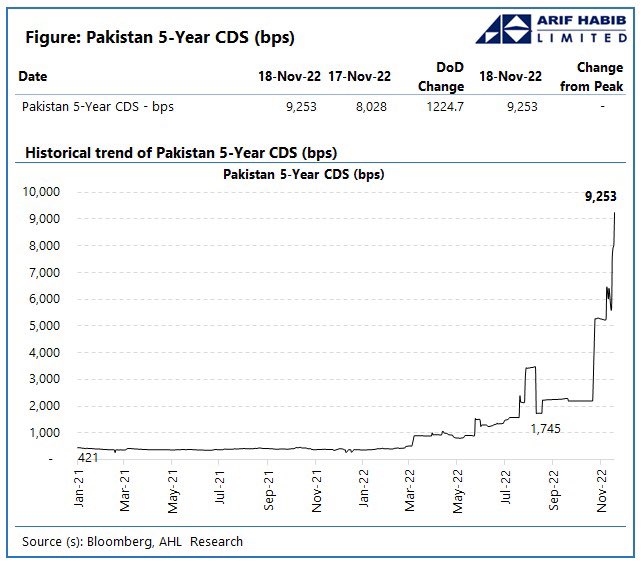 The spike coincides with the State Bank of Pakistan’s (SBP) declining foreign exchange reserves, which remained less than $8 billion as of November 11, 2022, according to data released last week.

Dar on Saturday dispelled rumors of an impending default, stating that Pakistan would not seek an extension in the payment of a $1 billion Sukuk bond due in December. He asserted that Pakistan never defaulted even on a small amount except in 1971, and the upcoming bond will be paid in full without any delays.

He also lambasted his political adversaries for allegedly twisting Pakistan’s perceived default risk indicator. He said the rumors about the CDS were spread on a political basis and should be overlooked for the sake of the country. While the minister claimed that the marker was meaningless and that international bonds are a very small instrument, money markets are taking it the other way around.

Pertinently, Fitch downgraded Pakistan’s long-term issuer default rating to CCC+ from B-, while Moody’s downgraded the country’s issuer and senior unsecured debt ratings to Caa1 from B3. Both cited liquidity risks in the aftermath of devastating floods as a major reason for their downgrades, while also mentioning depleting reserves.

The ongoing bond market reaction has heightened fears of a default, compounded by recent floods estimated to cost over $30 billion in damages. For a nation that has not even defaulted yet, the maddening uncertainty in its external liquidity and funding conditions isn’t helping.

The yield (rate of return) on the 5-year Third Pakistan International Sukuk is currently around 98 percent. It was less than 10 percent in January 2020.