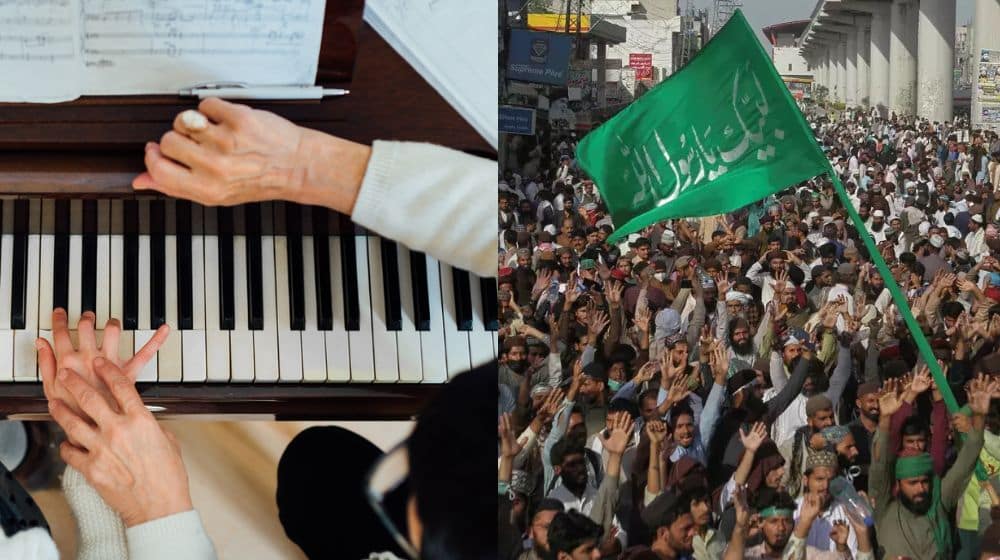 A Member of the Provincial Assembly of Tehreek-e-Labbaik Pakistan (TLP) from Sindh has opposed the provincial government’s decision to hire music teachers in schools.

According to reports, Mufti Muhammad Qasim submitted a Calling to Attention Notice during a recent session of the Sindh assembly and demanded the provincial government not hire music teachers.

During the session, Mufti Qasim lamented that there is a dire shortage of Mathematics, Science, and Arabic teachers in schools, but the Sindh government is focused on hiring music teachers instead.

Responding to the criticism, Sindh’s Education Minister, Syed Sardar Shah, said that Pakistan’s national anthem was also composed by a musician. He added that music goes beyond just singing and dancing, stating that the music teachers will also teach Naat, Hamd, and Qawwali to students.

Earlier this month, the Sindh government announced the hiring of music teachers at the province’s government schools at the Basic Pay Scale 14 (BPS-14).

Matriculation and music credentials from the National Music Academy and the Sindh Institute of Music and Art (SIMA) are necessary for individuals interested in becoming music teachers.