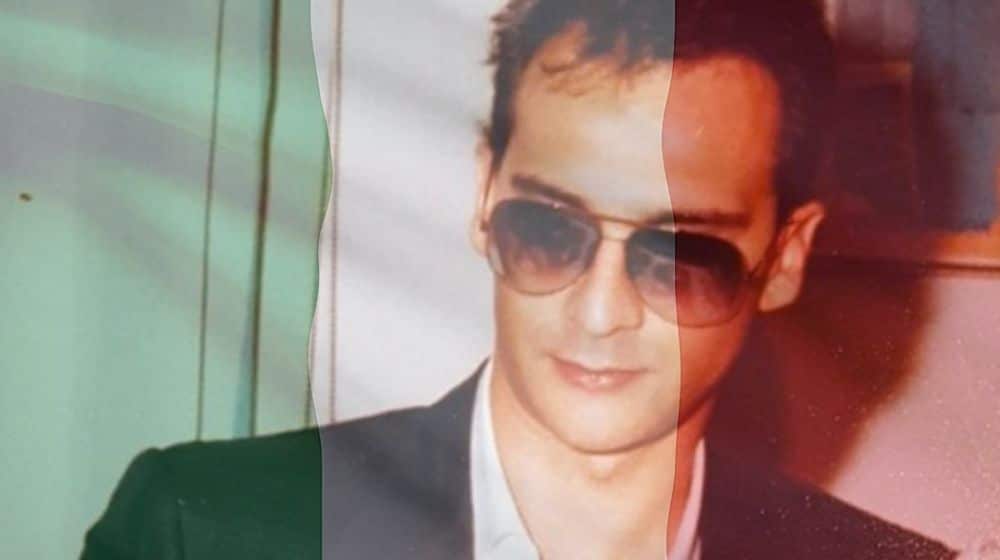 Organized crime was barely mentioned during Italy’s 2022 elections. But the arrest of Cosa Nostra’s Matteo Messina Denaro may help its new government clean up its image of corruption and secure post-pandemic EU funds.

Thirty years is a long time to remain in hiding and evade your capture as a most wanted man, only to have a visit to a cancer clinic expose you to the public.

But that is how Matteo Messina Denaro — the last known boss of Sicily’s Cosa Nostra, the Sicilian mafia — was arrested by police on Monday. Denaro was reportedly waiting in line for a medical appointment when a police officer asked him for identification.

Police knew Denaro would be there: “It all led to [the day] he would have to come for some tests and treatment,” Carabinieri General Pasquale Angelosanto told local reporters.

Rumors had been circulating in Italy for a while, suggesting that Denaro was ill. They got investigators trawling health databases, looking for a person matching the mafia man’s description. All credit goes to organized crime investigators, said Felia Allum, a professor of organized crime and corruption at the University of Bath in the UK.

“It’s all very nice for [Italian Prime Minister] Giorigia Meloni to go down to Palermo now and claim credit, but the political level and the political will is separate from the hard work of those investigators,” Fellum said.

After the arrest, Meloni tweeted that the arrest had been a great victory for the state, seemingly in reference to an era in mafia history when the Cosa Nostra waged a terrorist campaign against the state.

Allum said that when the Berlin Wall fell, Italy was under pressure from the EU and protest parties, and the political system started to unravel. The mafia had managed to avoid most legal repercussions because of agreements with certain political sponsors — some evidence of which has come out in court trials — but when these sponsors could no longer afford to stick to those agreements, Cosa Nostra took its revenge in the early 1990s.

Antonio Balsamo, head of the judiciary in Palermo, told reporters in the week of the arrest that Denaro had led during that “terrorist strategy of attacking the state,” most notably at its height in 1992 and 1993.

“People talk about closing an era. But Denaro changed the mafia; his became a much more camouflaged, submerged Cosa Nostra that disappeared, because he understood that the real way to make money was to be invisible,” said Allum. “If you’re killing people violently, as traditional mafias have done, then you’ve got police attention. If you disappear, you can have agreements with enablers and facilitators who will launder your money, etcetera.” 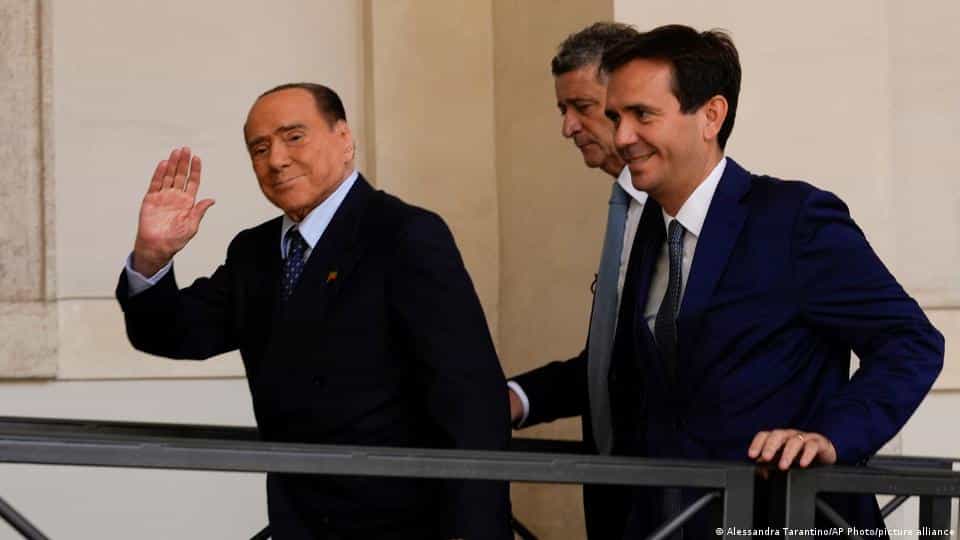 But Denaro is only Cosa Nostra’s last known boss — the mafia, organized crime in Italy and in Europe — is not what it was 30 years ago, and experts suspect many other bosses have come and gone since. And the Cosa Nostra’s vanishing means that Denaro’s arrest may not be as significant as it’s being trumped up to be.

The last of the old-style mafia bosses

However, people in Italy still care about those past crimes.

“There are victims of that period who need to be acknowledged,” said Anna Sergi, a professor of criminology at the University of Essex in the UK. “Matteo Messina Denaro’s name will be remembered forever. He is the last one from that old-style Cosa Nostra, where everything boils down to its boss.”

Those days, that boss “becomes a superstar,” Sergi said, adding, “that doesn’t happen anymore and it won’t happen again.”

“They’ve learned a lesson and gone into submersion. At an administrative level, Denaro probably didn’t mean much [anymore],” Sergi said. “Every family in every town and village went their own way, they are very localized now.”

Some, said Sergi, are involved in drug distribution in Italy, but not drug importation — that is mostly handled by the ‘Ndrangheta or Camorra mafia families in other parts of Italy — so, Sicily’s Cosa Nostra does not have that form of international reach.

However, Denaro’s arrest may still have an impact outside of the country, and that may still worry the judiciary and the Italian government.

“Denaro has a lot of money and has made investments internationally. He [created] a network of facilitators in Italy and in Europe to launder his money. And other members of Cosa Nostra are surely using that network,” said Sergi. 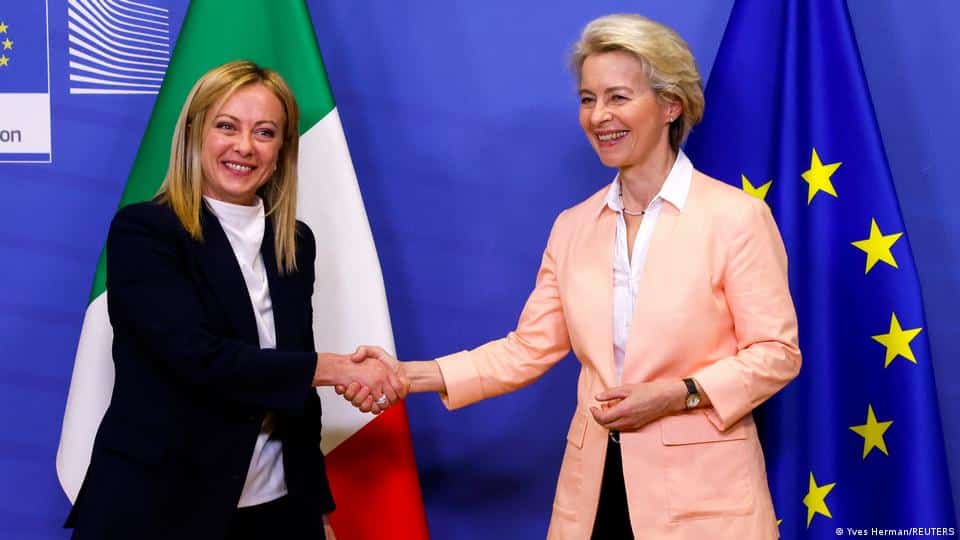 Why was Denaro arrested now?

There is still a lingering question: “why now?”

Investigators appear to have known that Denaro was living in the west of Sicily, near his hometown of Trapani, and that he had been seeking medical treatment in the capital, Palermo. So why did they strike just this Monday, three months after Italy elected a far-right government with Meloni at the top? Hers is a government that includes the party of former Prime Minister Silvio Berlusconi, a man suspected of historic mafia links.

Do prosecutors expect Denaro to reveal the extent of his invisible network?

“Meloni is tough. If Berlusconi expects a guarantee of protection against the mafia, I don’t think he’ll get it from her — she is not interested in those kinds of things,” said Ernesto Savona, Director of Transcrime, a research center in Milan.

But, said Savona, Italy does need to secure its “legitimate” economy and protect it from being “infiltrated” by the criminal economy. Its future prosperity relies on billions of euros in post-pandemic funds from the European Union.

“They are worried that at least part of this money will go in the pockets of criminal organizations, increasing the level of corruption,” said Savona. “Today, organized crime and corruption are very well connected, and they are the glue between lawyers, accountants, politicians, and criminals.”

So, Giorgia Meloni does have an interest in making Italy look clean.

“But Meloni should also take into account that people in her party could have these links with organized crime, as do many people in political parties have,” Savona concluded, as though criminal elements in politics — including vote fixing in elections — were perfectly normal.

“It’s part of the business,” he said — “the traffic of influence.” And with the Italian mafia, influence has always run deep.