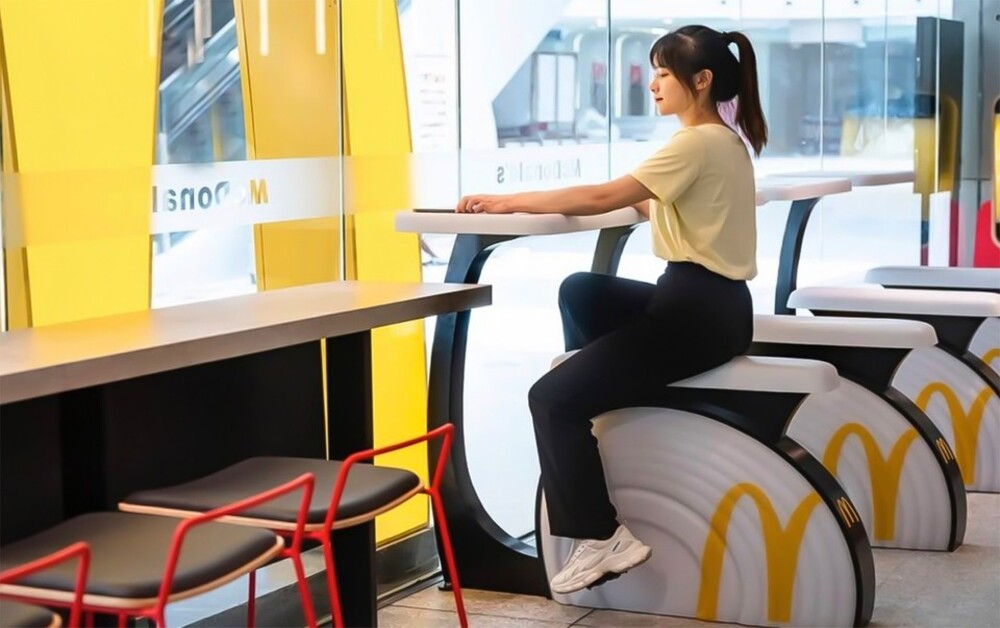 You’ll find yourself looking at pizzas and burgers like a child in a toy store no matter how hard you try to get into that healthy diet of leafy veggies and protein-rich smoothies. We can’t say we blame you. Most of us have done this and immediately regretted it after failing to fit into a pair of stylish pants. McDonald’s China, on the other hand, may have found a solution to these problems, and a video of a woman putting it to the test has gone viral.

Customers were shown eating burgers or sipping soft drinks while sitting on a table designed like an exercise bike in a widely distributed Twitter video, all while trying to burn off some of the calories they were ingesting.

The video has received over 1.5 million views and several comments from internet users. While some have criticized the burger chain’s new feature, others have pointed out that 5 minutes of cycling will not burn even half of the calories consumed.

Here’s what people have to say:

pretty sure engaging in exercise while eating isnt a good idea.

This is so dumb.
Sit relax, eat.
Take an hour doing other things, driving or working etc…
THEN workout or exercise.
Jeeez.

If you eat a lot of ultra processed fast food all the cycling is not going to help you!

A lot of users on Twitter are coining Mcdonald’s attempt as “McFit” or “McFittnes” and many are mocking them for such a dumb idea.

However, McDonald’s has yet to publicly acknowledge the problem, and it appears that the exercise bikes are limited to a single location, but the corporation has been working to change its reputation as a fast-food restaurant for some time.

What do you think about this? Lets us know in the comments below.