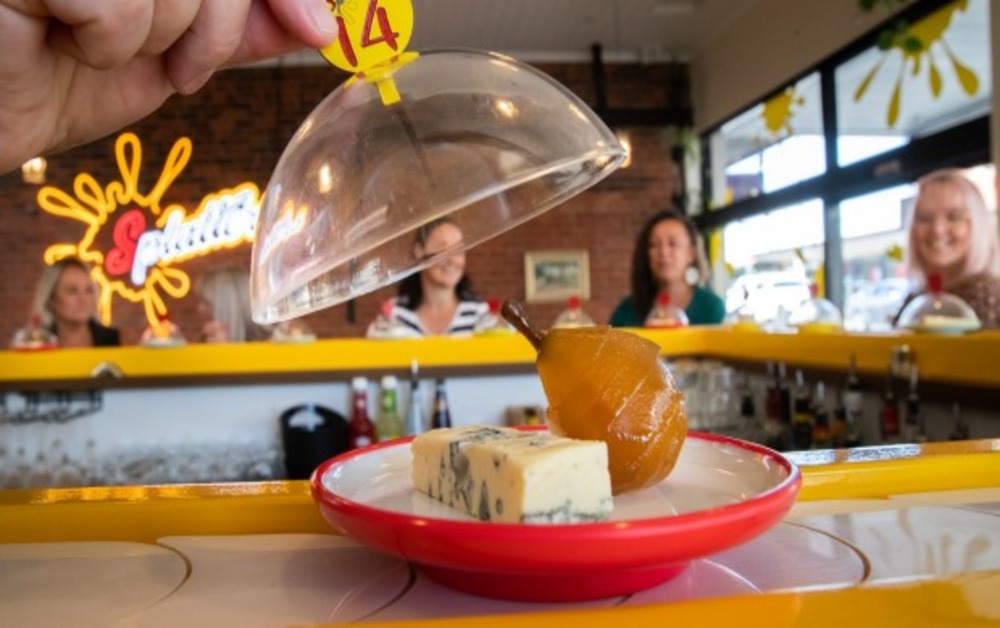 Who doesn’t love themselves an extra cheese topping on everything? A layer of grated cheese over your food will not only make your food taste delicious, but it will also instantly make your day better. If you are among those who can’t survive a day without cheese, this Australian restaurant will definitely amaze you. ‘Splatter’ a restaurant in Geelong West has emerged with a unique concept of cheese train. It is safe to say that the customers are loving this new place. According to the reports, this special train is inspired by the sushi train. However, instead of Japanese food, it serves cheese, bread, and more. Any cheese lover is sure to fall in love with this train of happiness.

This Is How The Cheese Train Works

This cheese train is built professionally around a rectangular table. On this table, food plates that cost $5 or more are constantly evolving. On the conveyer belt, more than 15 artisanal Australian cheeses are being served in a typical Sushi style. This view instantly fascinates the customers of the restaurant. On this 20-meter-long cheese train, the customers are served with buffalo cheese, cheddar cheese, and different other varieties of cheese that will take your heart away. The restaurant’s founder and owner Jo Bangles, calls it an “ultimate grazing experience”.

Bangles revealed that at this restaurant, local wines are served in a similar way along with cheese. “We do an accompaniment with each cheese, we also do local charcuterie from Salt Kitchen, and local sourdough bread with infused butter, stuffed olives, bits and piece, all on the train as well”, she reveals in an interview.

Before this, Splatters was doing the job of serving artisanal cheese platters at live events and music festivals out of a food van. However, when the pandemic hit, Jo Bangles came up with the idea of a cheese train. This idea was inspired by a similar restaurant in London. “We’ve had the busiest two years, as platters have really taken off”, says Bangles. Apparently, the Australian restaurant is doing great and this new idea has been a complete hit.