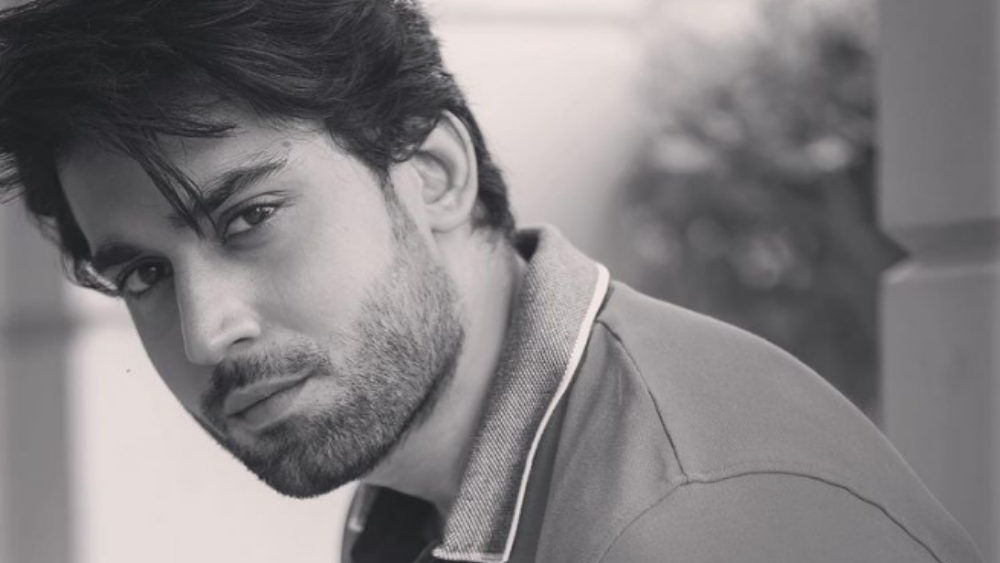 Bilal Abbas Khan is a phenomenal actor and never disappoints his fans with his work. Treating Bilalians, he held a candid ‘Ask Me Anything’ session, where he interacted with fans and shared his thoughts on his co-stars, including Yumna Zaidi, Sarah Khan, Sajal Aly and others.

Taking to his Instagram, the Dunk star recently surprised fans with a Q & A session. When a netizen asked him to say a few words about his fans, Bilalians’ team, he said:

“Their love makes me do better every day…really humbled and thankful to each of you.” 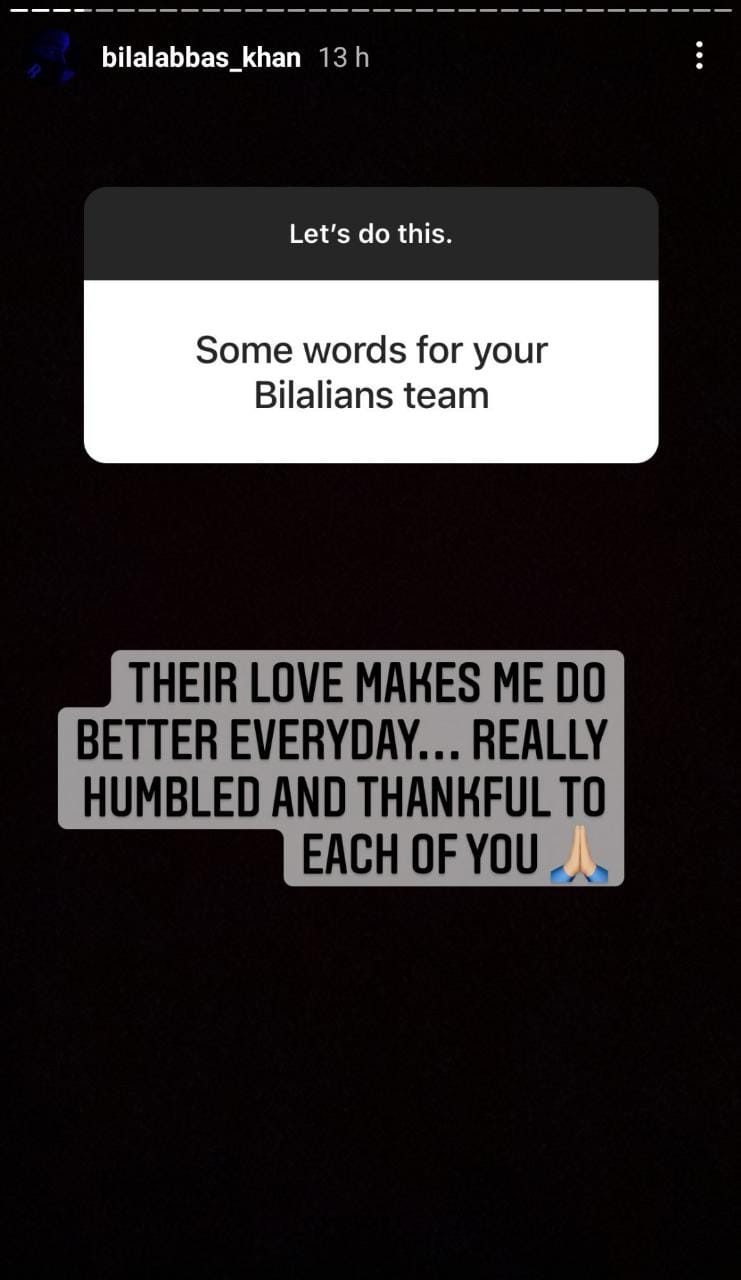 Bilal Abbas will soon grace our screens with an upcoming drama, titled Dobara along with Hadiqa Kiani and Usama Khan. Fans are highly anticipating the serial to go on air and asked him to share his experience working with his co-stars. The actor said he really enjoyed working with them and called Hadiqa Kiani a legend. 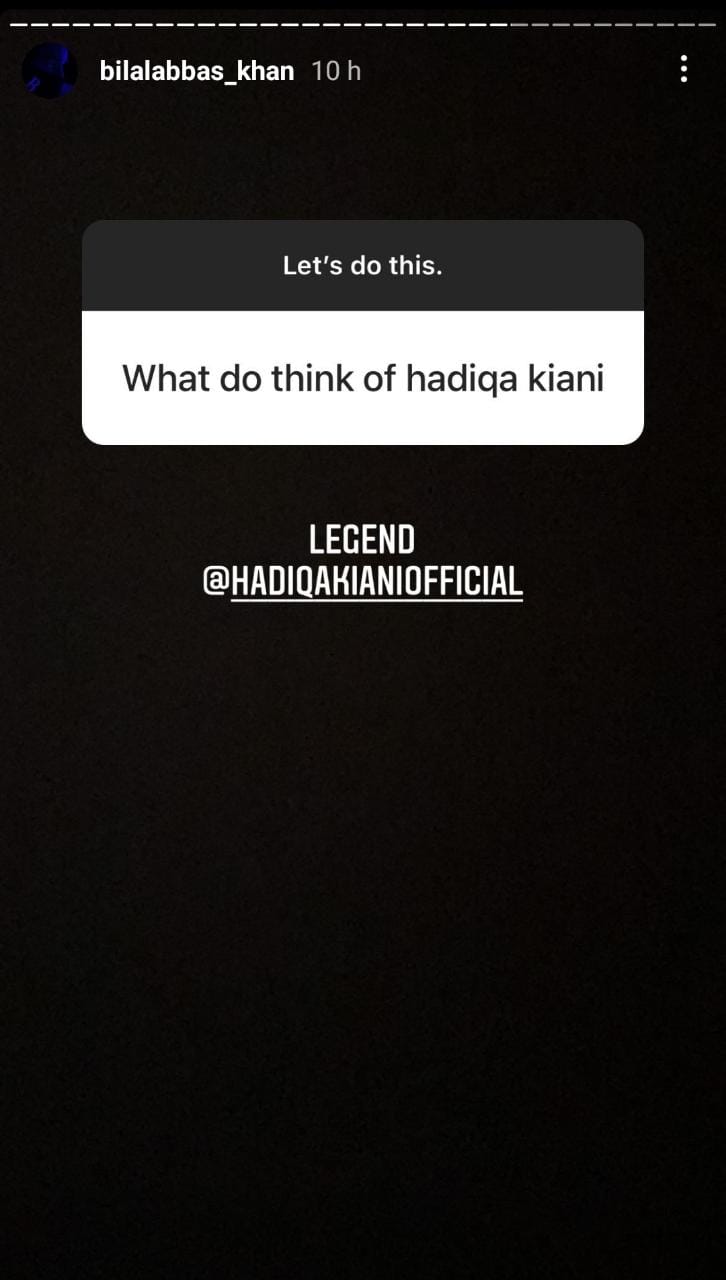 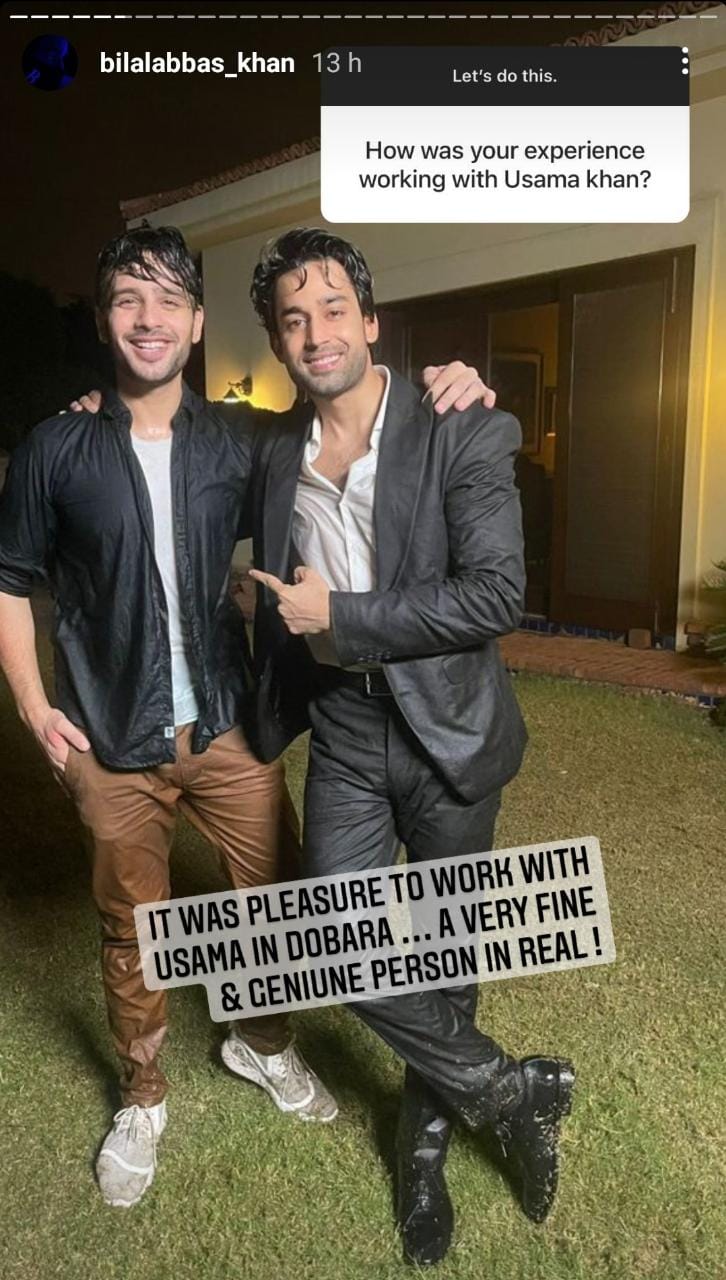 They also want him to keep collaborating with Fahad Mustafa and Bilal says he’s forever ready. 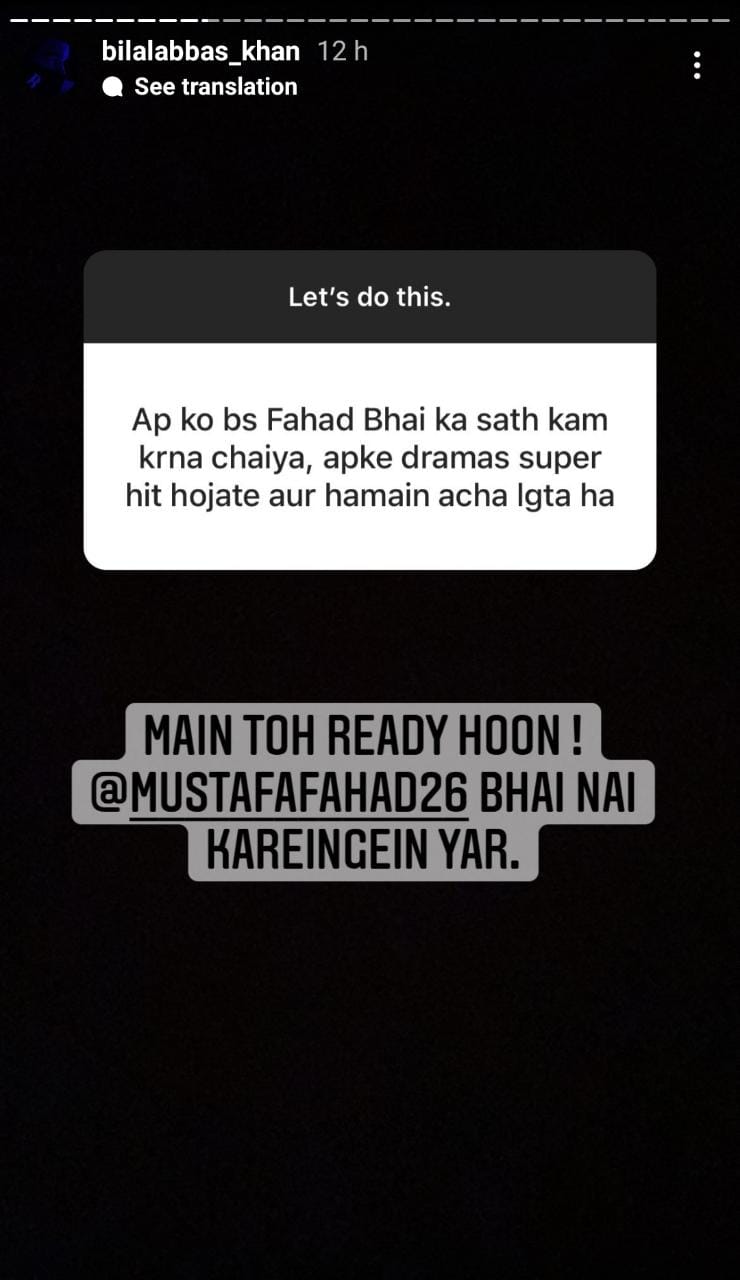 Bilal also answered questions regarding his other co-stars and had great things to say about Fahad Sheikh, Sajal Aly, Sarah Khan, and Yumna Zaidi. Have a look: 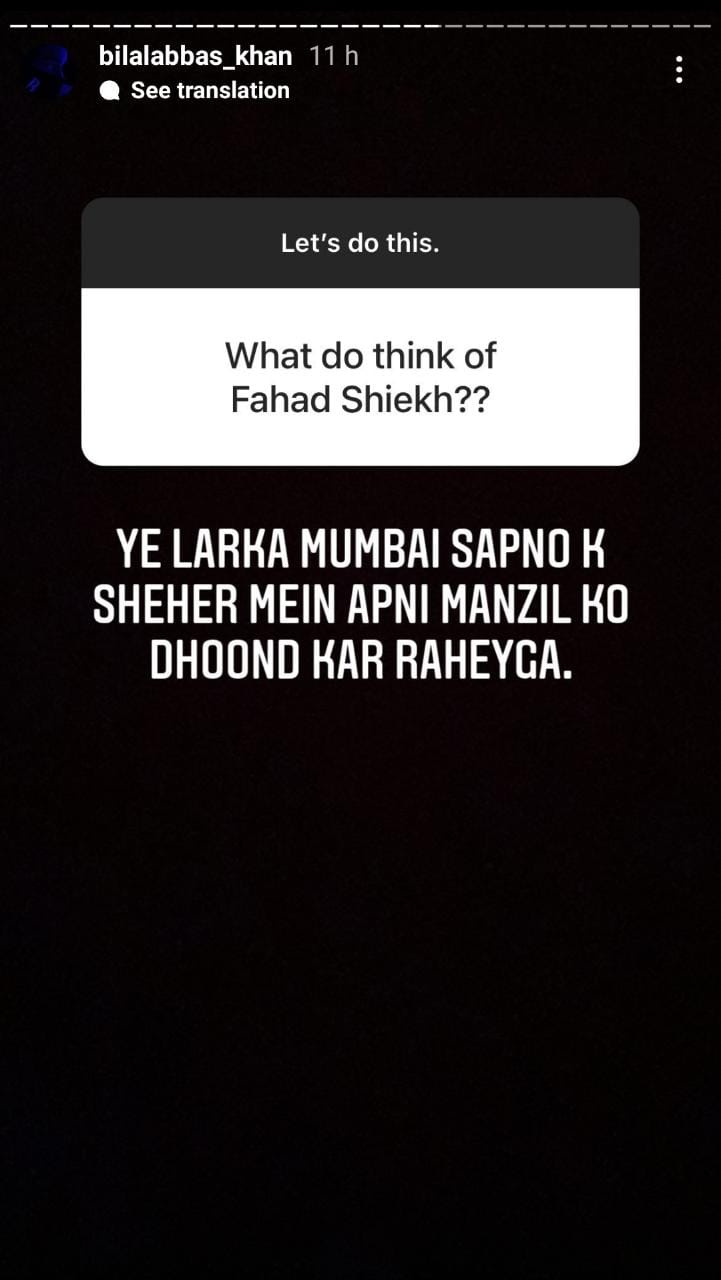 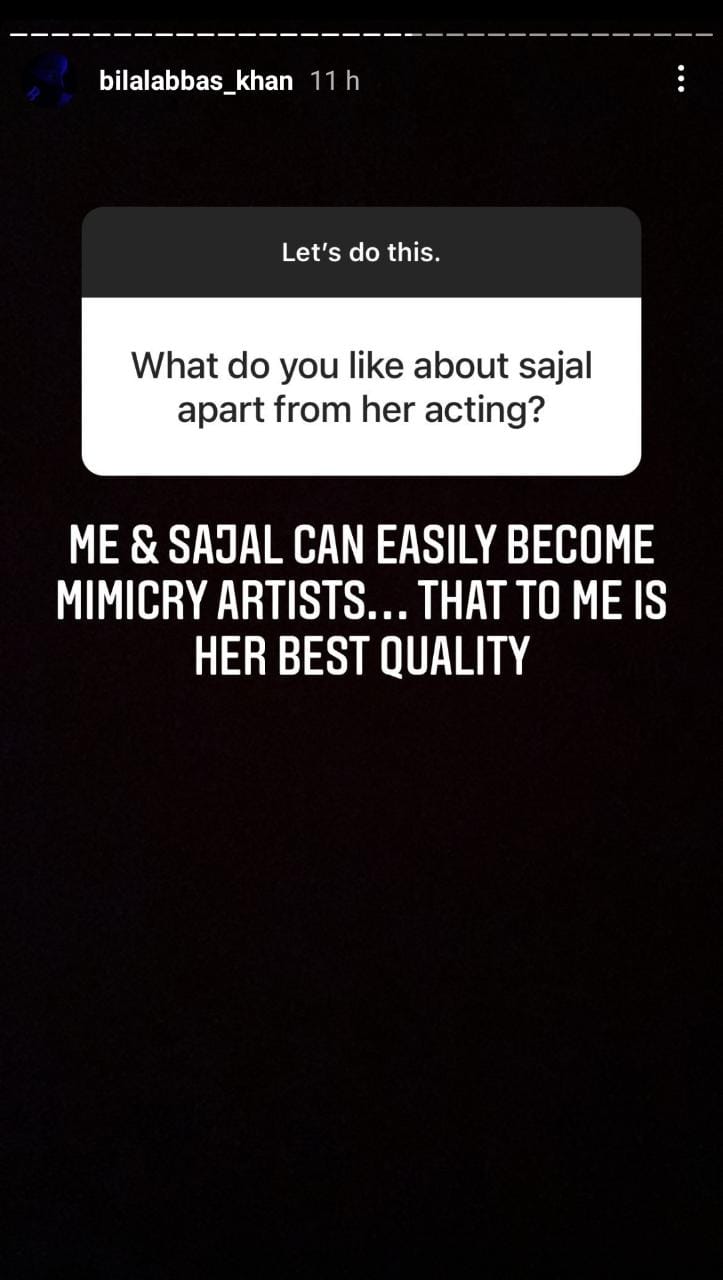 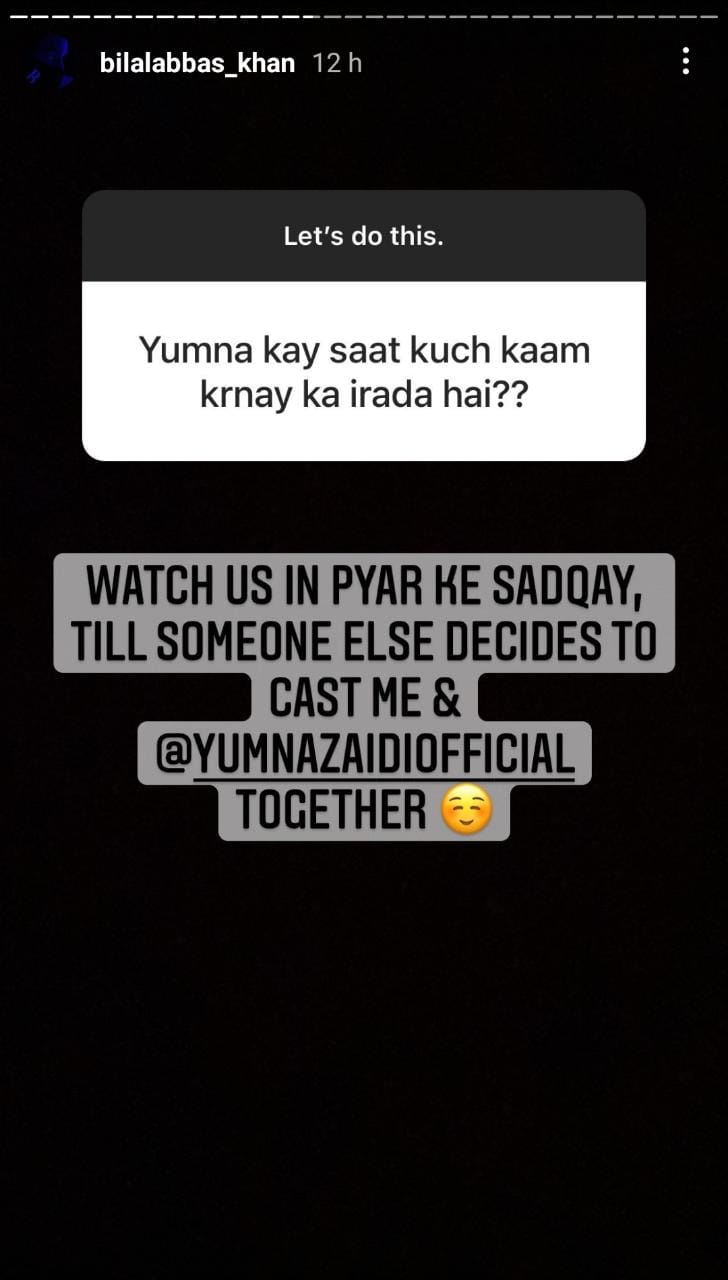 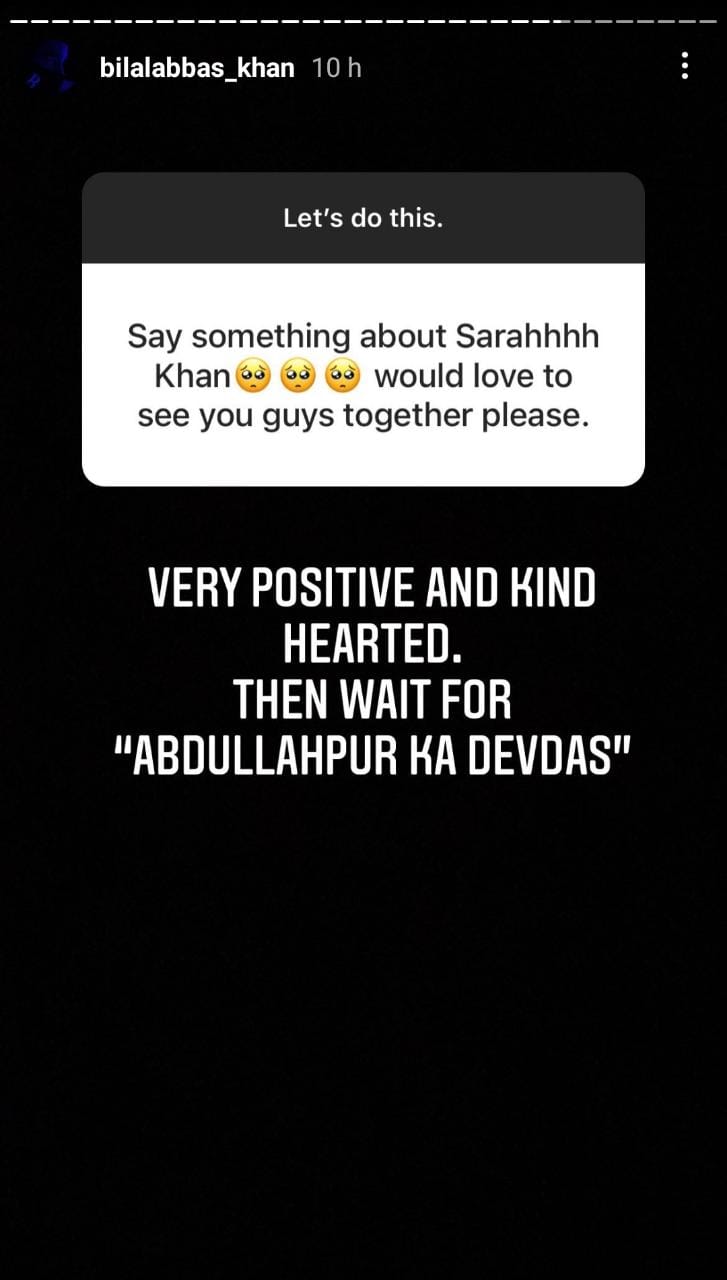