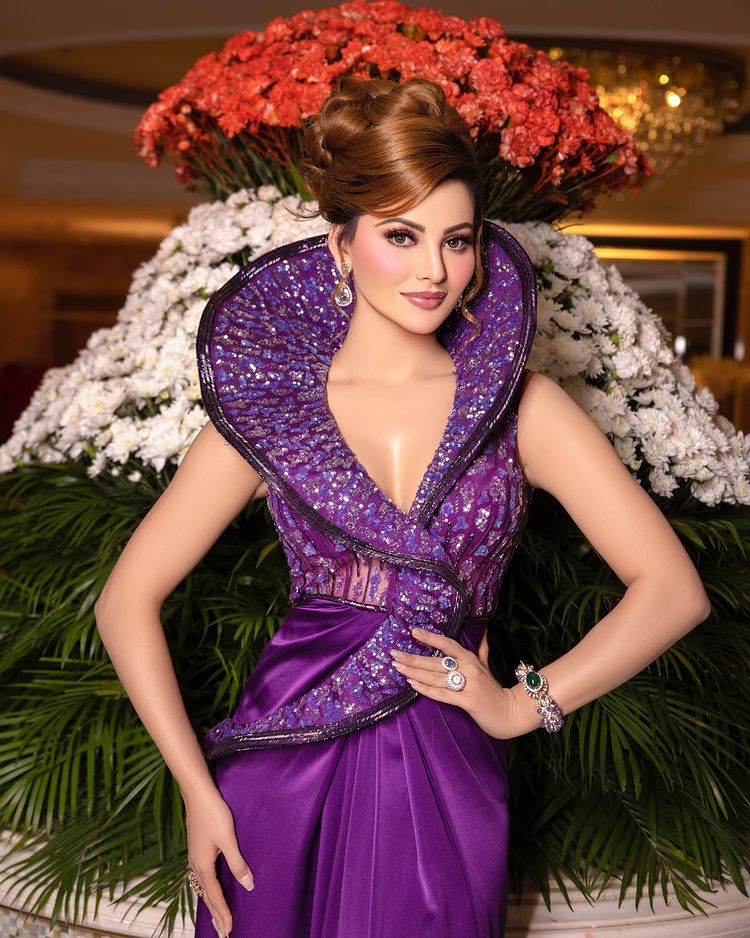 Urvashi Rautela is a young and talented Indian film actress and model who has made a name for herself in the entertainment industry. Born in Kotdwar, Uttarakhand, she began her career as a beauty pageant contestant, winning the Miss Universe India title in 2012. 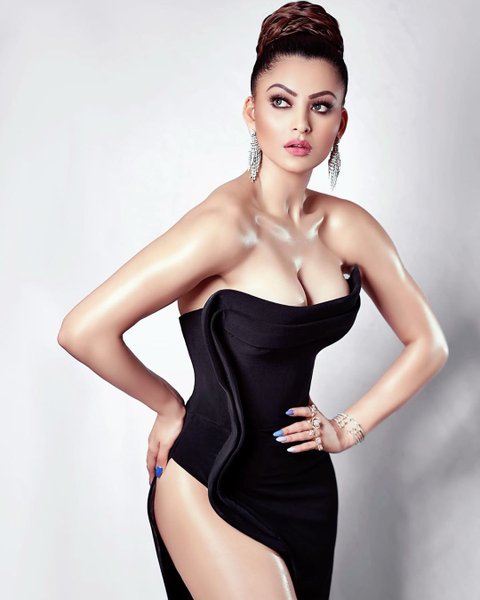 Since then, Urvashi Rautela has gone on to appear in a number of films and television shows, including “Sanam Re,” “Great Grand Masti,” and “Hate Story 4.” Urvashi Rautela has already achieved a great deal of success in her career. Her dedication to her craft and commitment to giving back to her community has made her well-known. With her talent and hard work, it is clear that Urvashi Rautela has a bright future ahead of her. 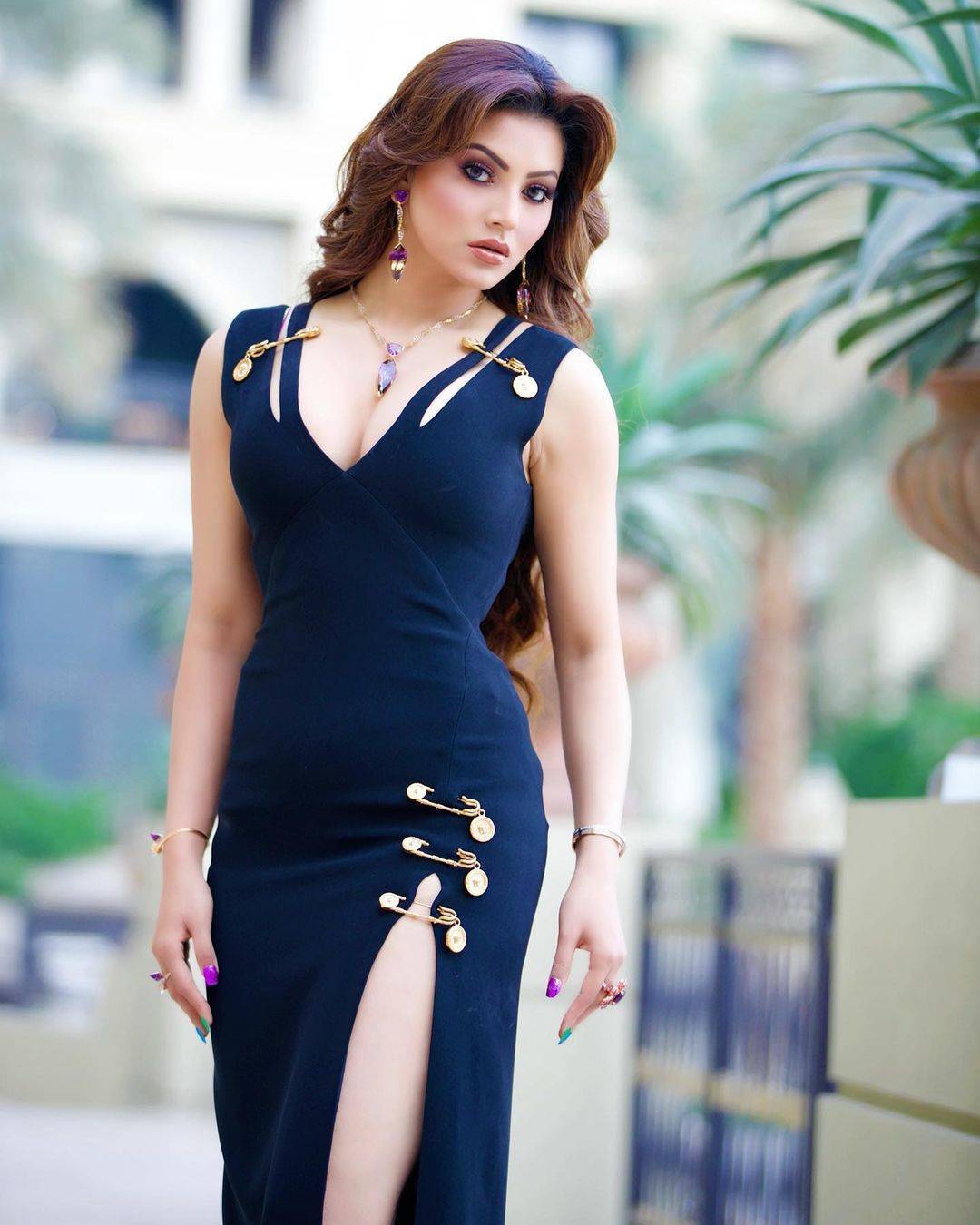 Urvashi Rautela was born in Kotdwar, Uttarakhand, in the northern part of India. Her close-knit family encouraged her to pursue her passions from a young age as she grew up. Urvashi Rautela excelled in school and participated in various extracurricular activities, such as dance and music. She also had a strong interest in modeling and beauty pageants, eventually leading her to her successful career in the entertainment industry. 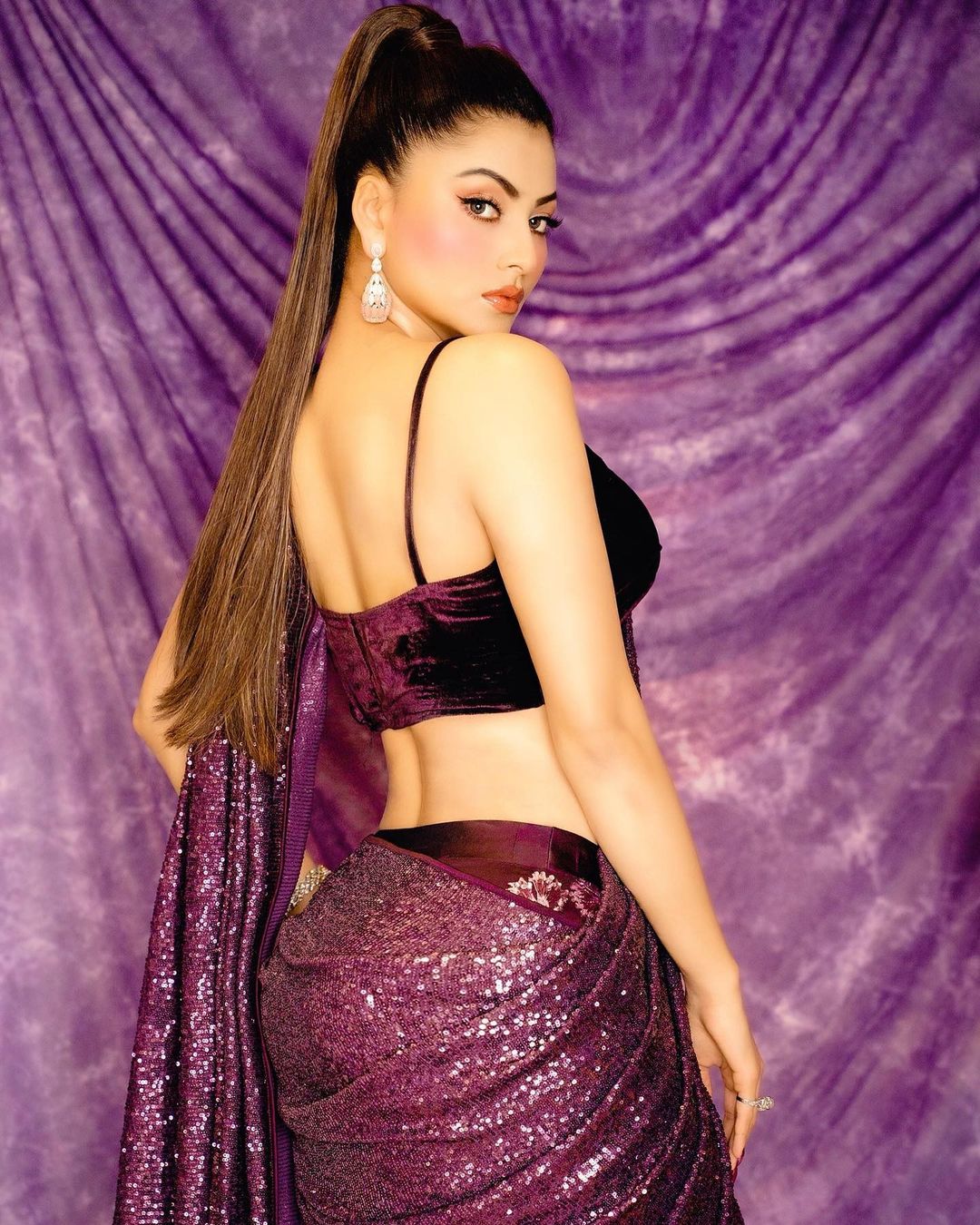 Urvashi Rautela was born to Meera Rautela and Manwar Singh Rautela in Kotdwar, Uttarakhand. She has one younger brother, Yash Rautela. Urvashi Rautela comes from a close-knit and supportive family and credits her parents for her success. They have always encouraged her to pursue her dreams and have been a constant source of support and inspiration for her. 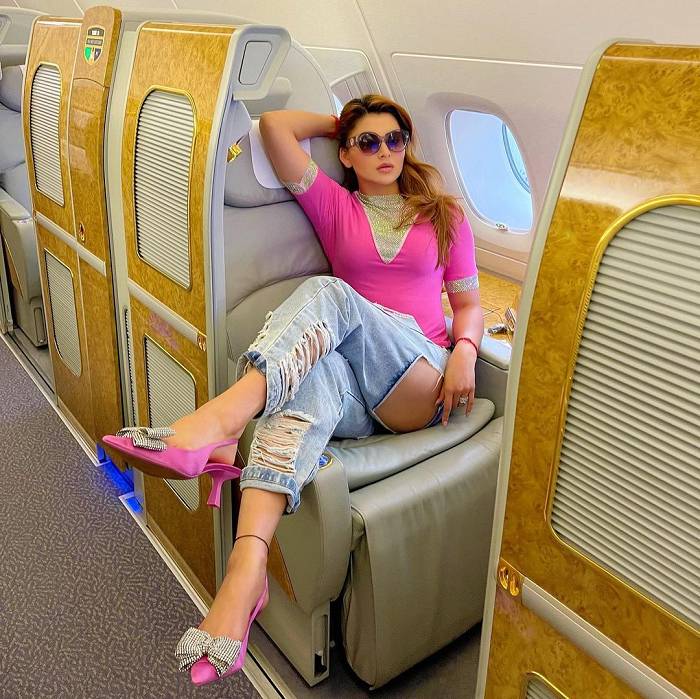 Urvashi Rautela received her graduation degree from Gargi College, University of Delhi. She pursued a degree in commerce and completed her studies with distinction. Urvashi Rautela’s academic achievements have played a significant role in her successful career as an actress and model. 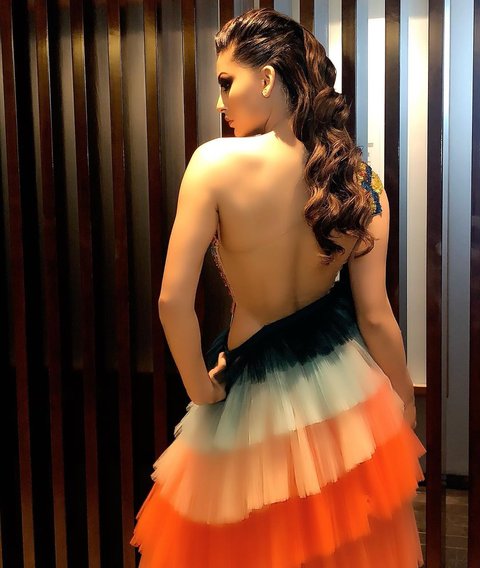 Her dedication to her craft and strong work ethic have earned her a reputation in the entertainment industry, and her education has undoubtedly contributed to her drive and determination that have led to her success. 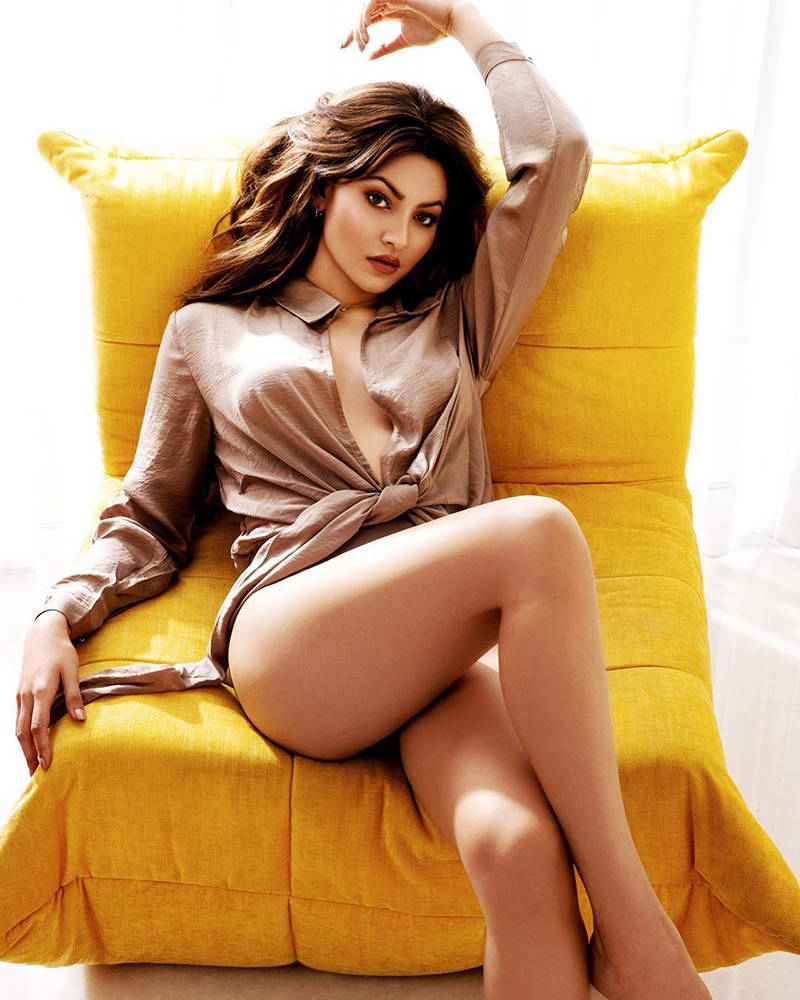 Urvashi Rautela made her acting debut in the Indian film industry in 2013, with the romantic drama “Singh Saab the Great.” The film, which was directed by Anil Sharma and also starred Sunny Deol and Amrita Rao, was a commercial success and helped to establish Urvashi Rautela as a promising new talent. Since then, she has appeared in a number of films across various genres, including action, comedy, and thriller, and has received praise for her performances. Urvashi Rautela has also made guest appearances on television shows and has been featured in music videos and ad campaigns. With her versatility and natural charisma, she has quickly become a popular and respected actress in the industry.

“Love Dose” is a party anthem that features energetic beats and catchy lyrics. While “Hua Hai Aj Pehli Bar” is a romantic ballad with a soulful melody.

In her songs, she brings a high level of energy and emotion to her performances, captivating the audience with her charm and charisma. 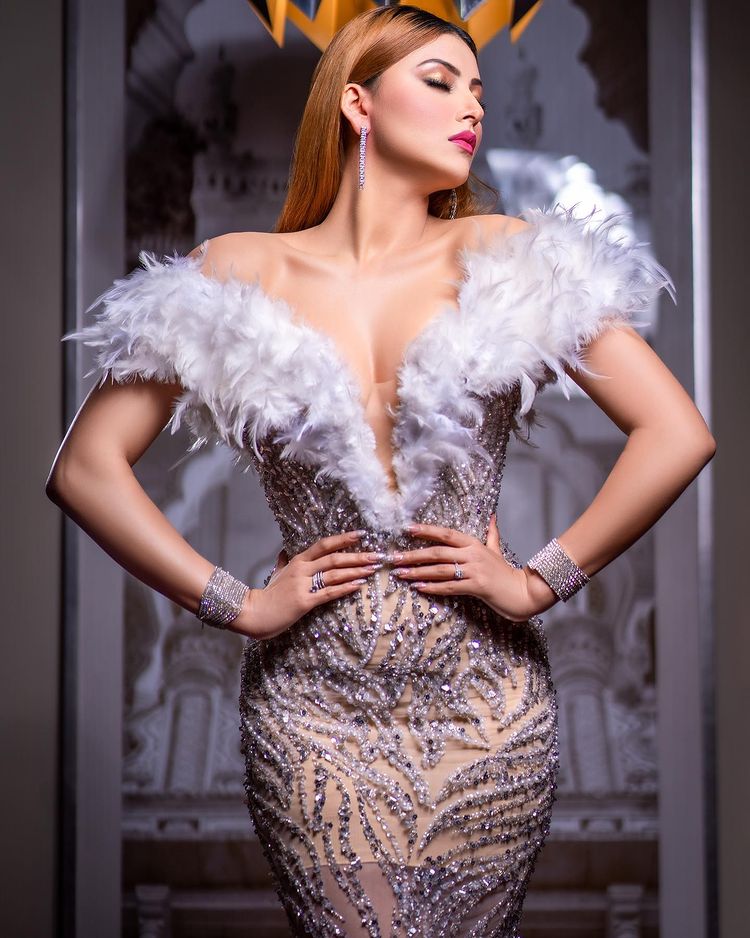 Urvashi Rautela is currently working on a number of exciting projects. One of her most highly anticipated films is “Black Rose,” in which she stars alongside veteran actor Rajniesh Duggall. The upcoming Netflix film will mark Urvashi Rautela’s debut in Hollywood. 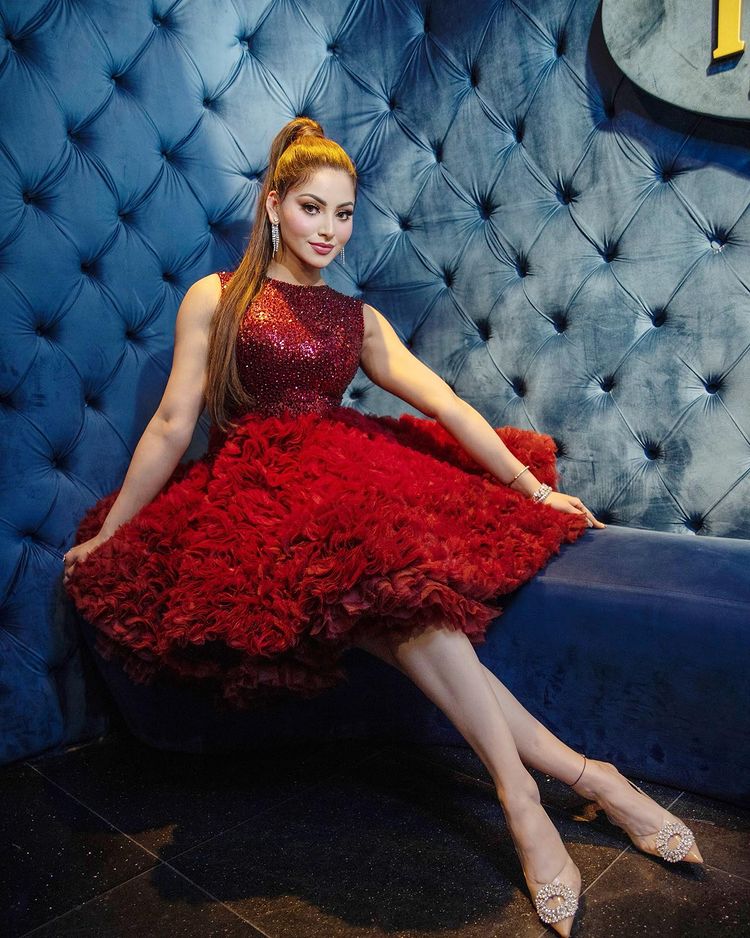 In addition to her film work, Urvashi Rautela is also branching out into the world of music. She recently released her debut single, “Doob Gaye,” which has received widespread acclaim. With her talent and drive, there is no doubt that Urvashi Rautela will continue to make waves in the entertainment industry. 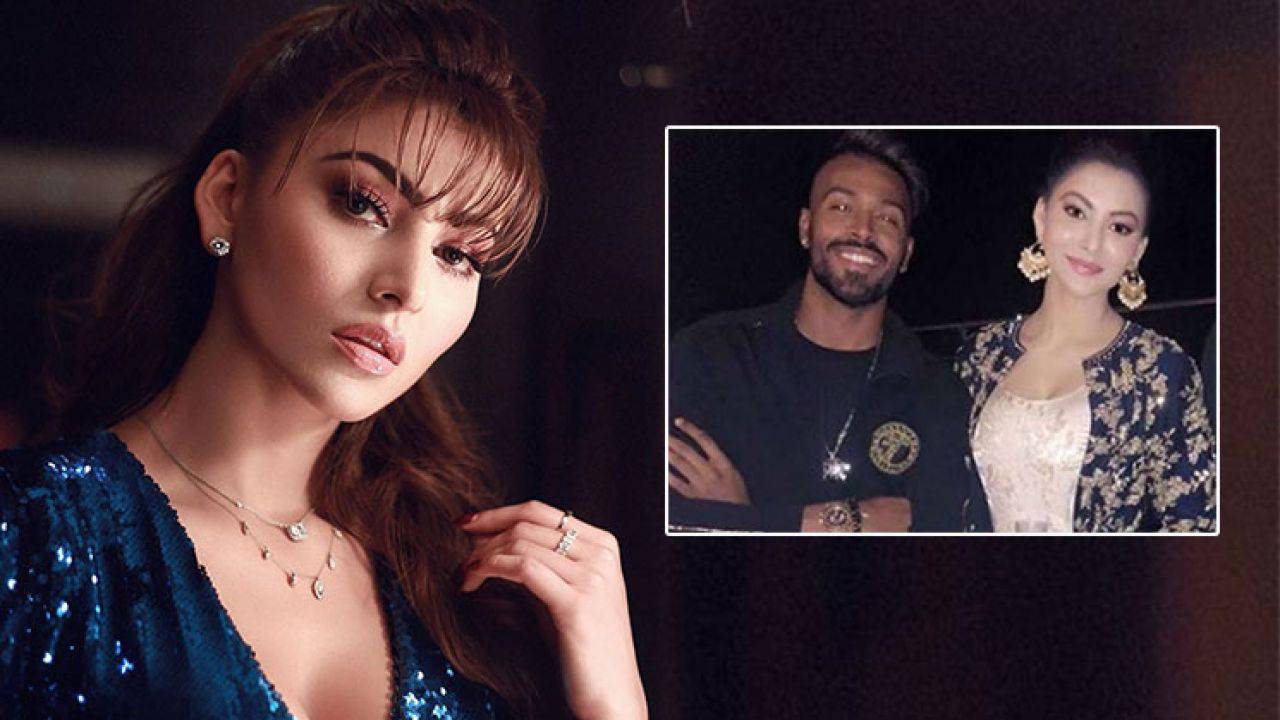 People speculate and rumor about Urvashi Rautela’s relationships because she keeps her personal life private. In 2018, reports claimed that she was dating Indian cricketer Hardik Pandya, but both Urvashi and Hardik denied the rumors. 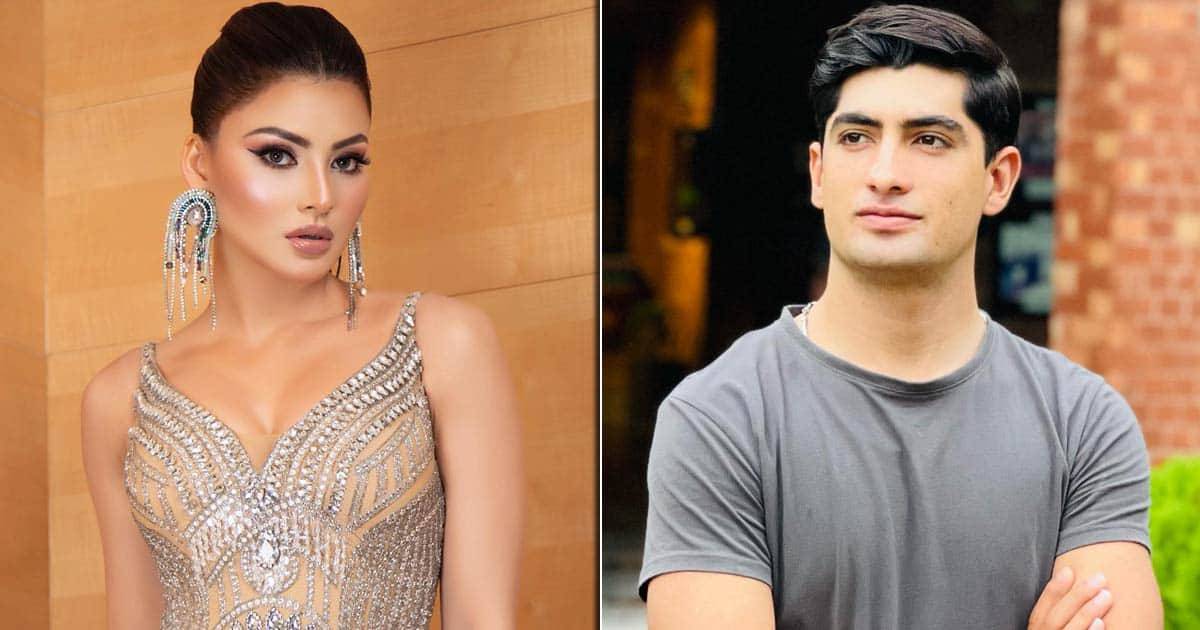 During the Pakistan vs India match in the 2022 Asia Cup, Urvashi Rautela was linked to Pakistani cricketer, Naseem Shah. She followed Naseem on Instagram afterward. Naseem was asked about Urvashi, to which he responded that “I don’t know her.” The Bollywood heartthrob unfollowed Naseem after his interview. Indian Actress Urvashi Rautela has since then stated in interviews that she is focused on her career and not interested in dating at the moment. 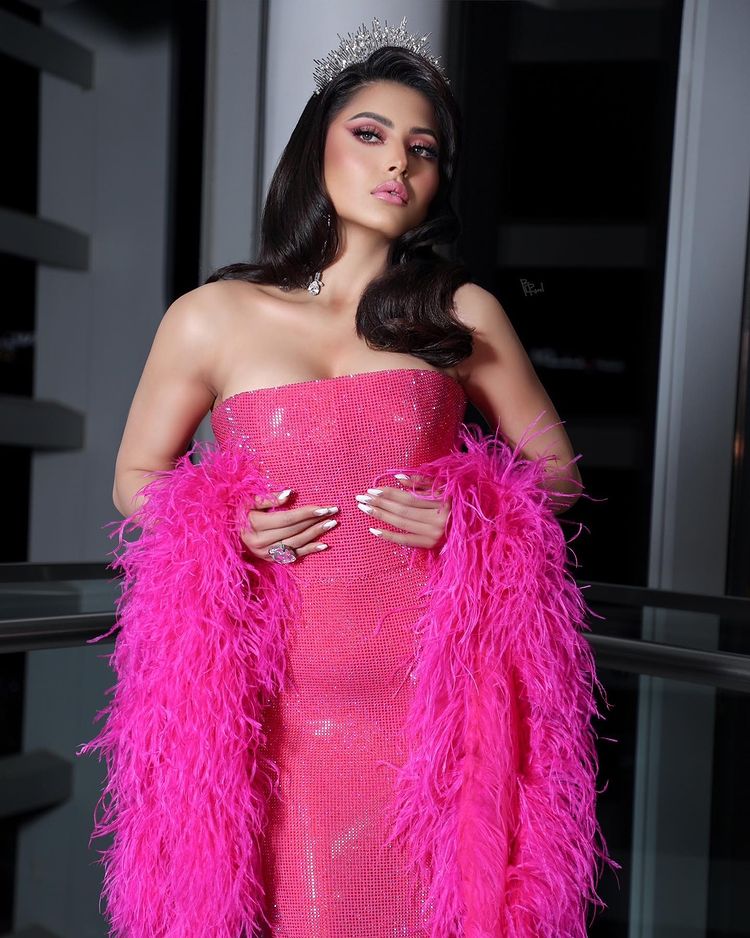 Urvashi Rautela has gained widespread popularity in India and beyond thanks to her talent and hard work in the entertainment industry. Her roles in films such as “Sanam Re,” “Great Grand Masti,” and “Hate Story 4,” as well as her appearances on television shows and work as a brand ambassador for major companies have made her well-known. 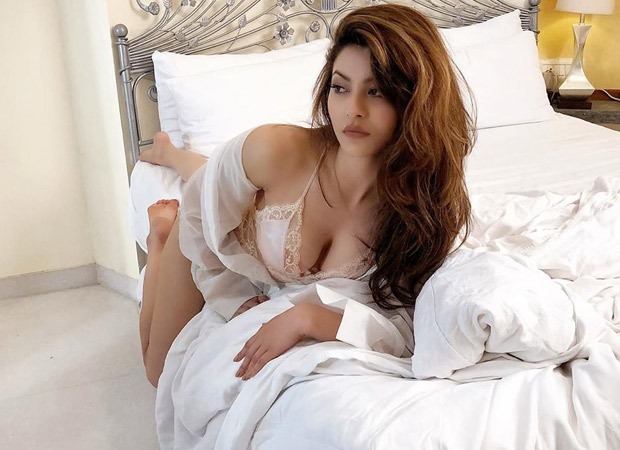 Urvashi Rautela actively maintains a presence on social media platforms, including Instagram and Twitter, where she has gained millions of followers. This active presence has boosted her popularity. She frequently engages with her fans, sharing updates about her work, personal life, and philanthropic endeavors. With her talent, beauty, and charisma, it is no wonder that Urvashi Rautela has become such a beloved figure in the industry. 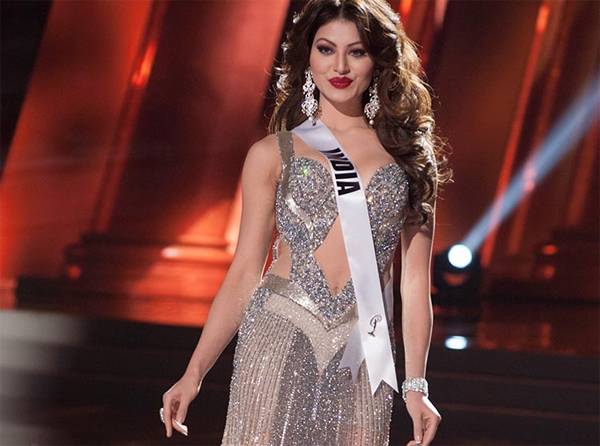 Urvashi Rautela has received numerous accolades and achievements throughout her career as an actress and model. In 2012, she won the Miss Universe India title and went on to represent India at the Miss Universe pageant. For her role in Sanam Re, Urvashi Rautela has received a nomination for the Filmfare Award for Best Female Debut, among other awards for her performances in films. 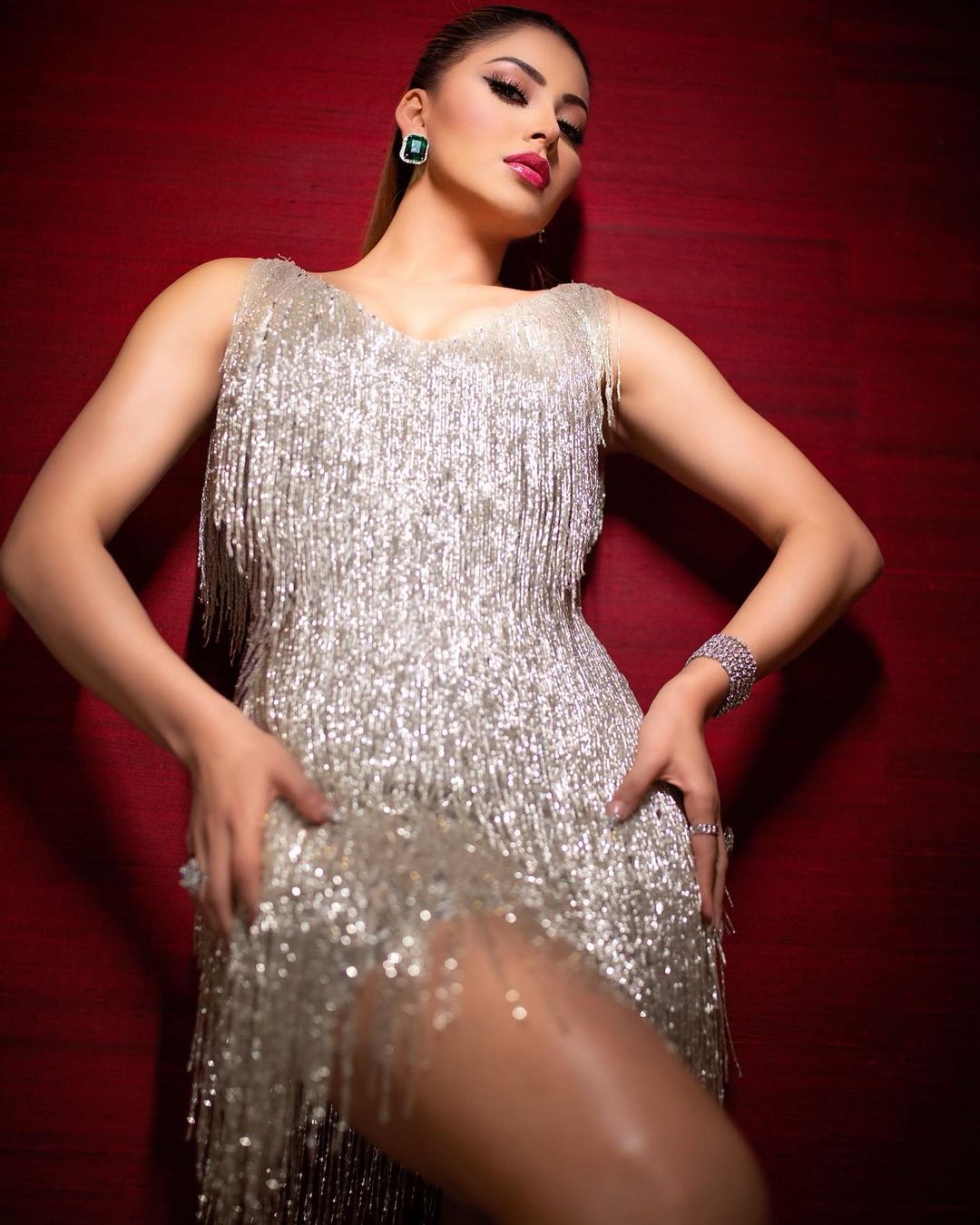 Additionally, she has received the “Pride of India” award from the International Human Rights Commission for her work with organizations such as UNICEF and Saves the Children. Urvashi Rautela’s many accomplishments demonstrate her talent and dedication to her craft. It is clear that she is a rising star in the industry and will continue to achieve great things in the future. 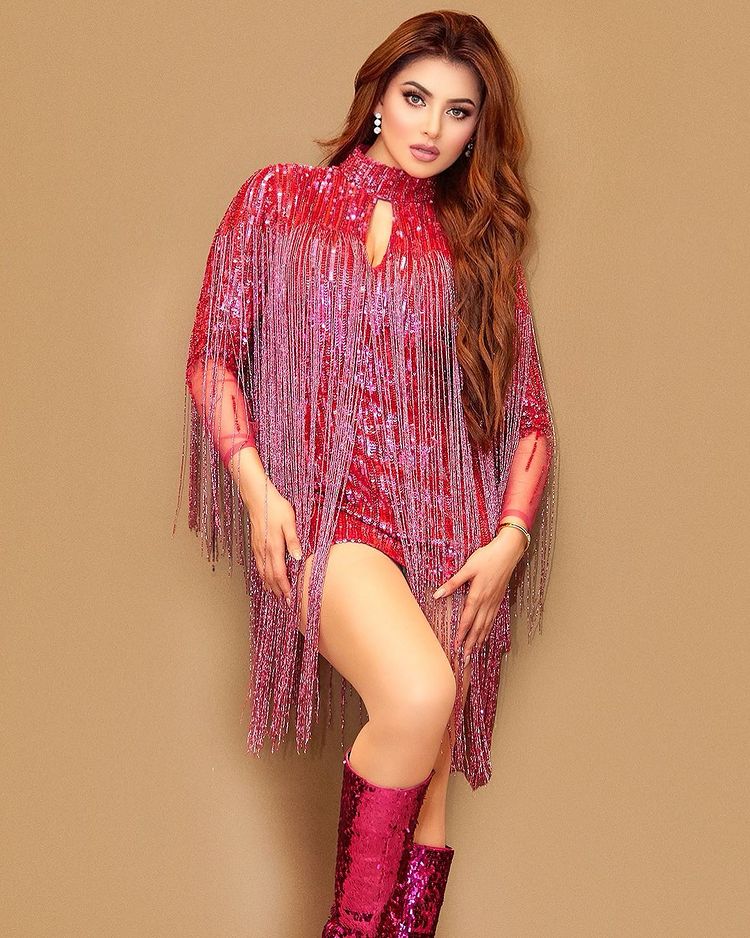 Additionally, Urvashi Rautela has a large and devoted following on social media, especially on Instagram. Furthermore, she regularly updates her account with photos and videos of her acting and modeling work, as well as insights into her personal life. Urvashi Rautela’s Instagram account has over 60.2 Million followers, and her posts often receive thousands of likes and comments. 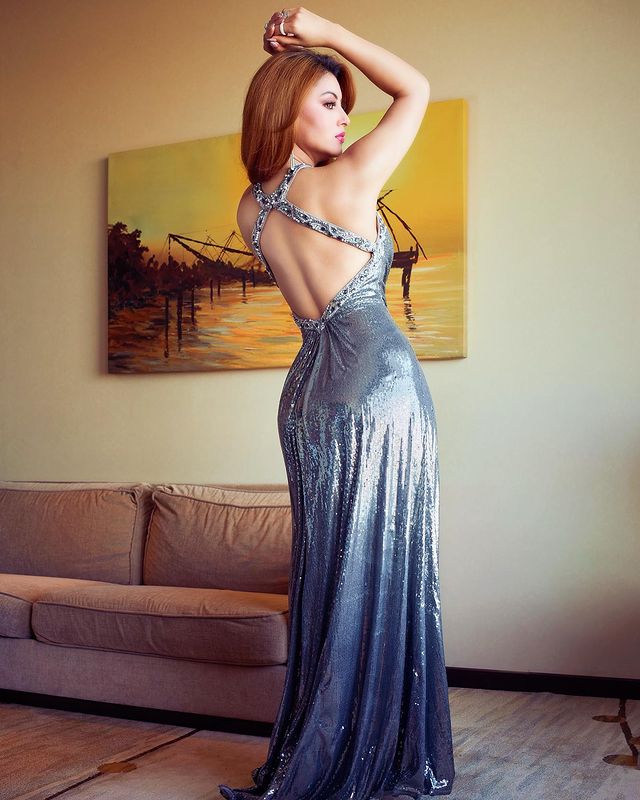 In addition to her Instagram account, Urvashi Rautela is also active on other social media platforms such as Twitter and Facebook. She uses these platforms to interact with her fans and keep them updated on her latest projects and activities. Urvashi Rautela’s social media presence has helped her build a strong connection with her fans and maintain a high level of popularity in the entertainment industry.