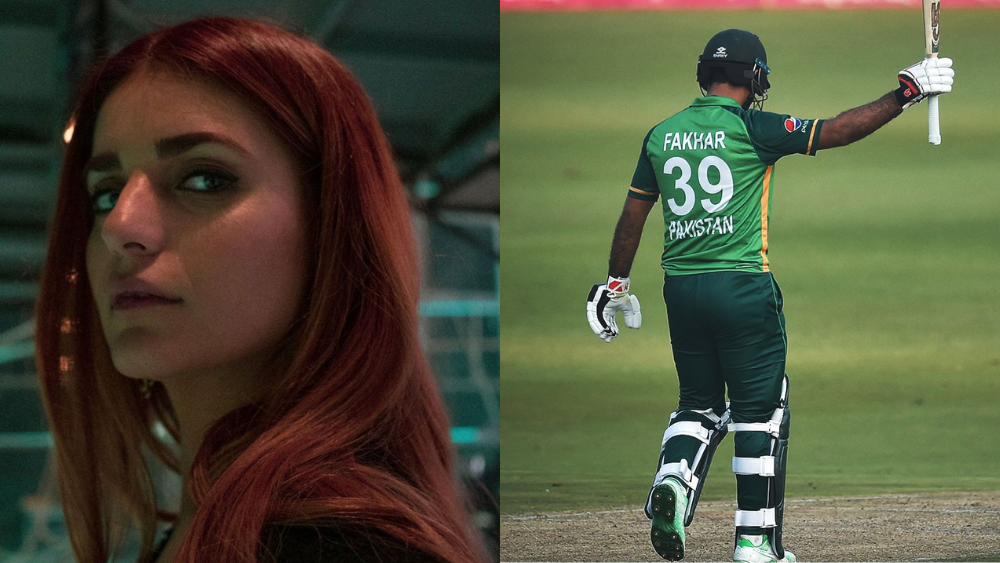 The second game of the three-match ODI series between Pakistan and South Africa came to a closure, however, Pakistanis have expressed displeasure at the unfair dismissal of Fakhar Zaman by Quinton de Kock.

Pakistani singer Momina Mustehsan also expressed her disappointment and also tagged PCB and ICC to look into the matter and said that she was sad to see the “unsportsmanlike conduct” from Quinton. Taking to her Twitter, the Afreen Afreen singer wrote,

“Should it not be wrong to purposely distract/trick a player midplay running to the crease? Sad to see unsportsmanlike conduct… @ICC #FakharZaman #PakVsSA @TheRealPCB“

Should it not be wrong to purposely distract/trick a player midplay running to the crease? Sad to see unsportsmanlike conduct… @ICC #FakharZaman #PakVsSA @TheRealPCB

South Africa’s wicketkeeper Quinton de Kock has been under fire for allegedly distracting Fakhar Zaman to get him run out in the last over of the game when Zaman was at 193.

The batsman took responsibility for the error of judgement in the moments leading up to his run-out, saying it was “my own fault” for not looking at the fielder.

Cricket fans and cricketers have come in support of Fakhar Zaman and expressed their anger over the incident. In another tweet, Momina Mustehsan shared a screenshot of the cricket laws and requested everyone to request a comment from ICC. The 41.5.1 clause states that,

“it is unfair for any fielder willfully to attempt, by word or action, to distract, deceive or obstruct either batsman after the striker has received the ball.”

“It is for either one of the umpires to decide whether any distraction, deception or obstruction is willful or not.”