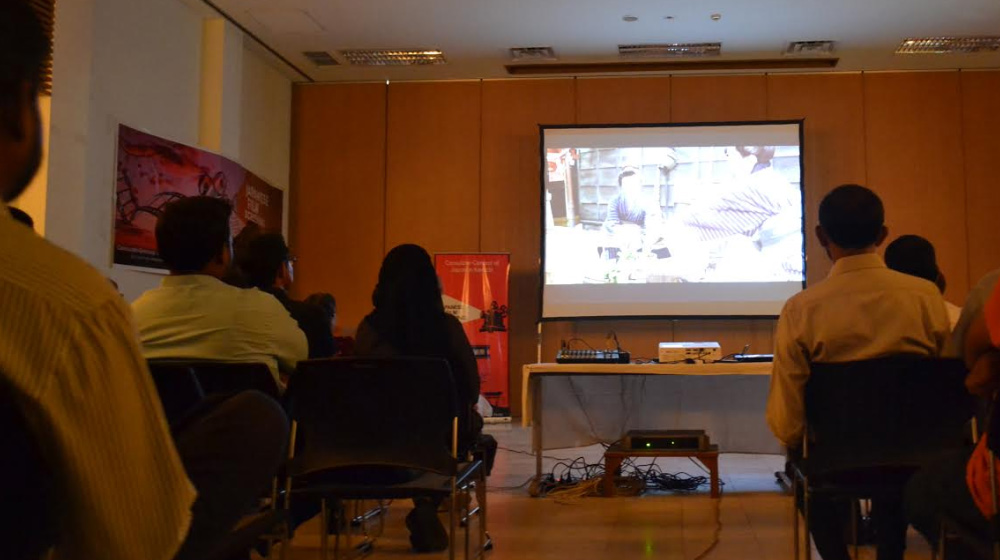 On 20 August, 2019, Japanese Film Festival was inaugurated at the Japan Information and Culture Center (JICC) with the screening of a documentary film “His Master’s Voice.’’

The event featured this heartwarming drama which has been devised by rakugo (a form of Japanese verbal entertainment) performer Taihei Hayashiya. It presents an affectionate depiction of the highs and lows of ordinary people, and weaves a traditional rakugo story into its narrative.

In the late 19th century, rakugo student Taihei gives up hope of making the grade, and his despair leads him to take up residence at a row house in Tokyo’s Fukagawa district. There he meets an emotionally distant boy named Sadakichi (Nayuta Fukuzaki), and as fate would have it, he ends up teaching him rakugo.

At the inauguration of the Japanese Film Festival, Consul-General of Japan in Karachi, Mr. Toshikazu Isomura said that the movies are the most effective way to learn about any country’s culture, tradition and lifestyle as they reflect the real picture of the society.

He reiterated that the Consulate-General of Japan in Karachi would conduct various activities to promote Japanese culture and further strengthen the friendly relationship between Japan and Pakistan.

The Film Festival will be held in two phases, firstly from August 20 to 27 at JICC and later on in various institutions of Sindh until March 2020.