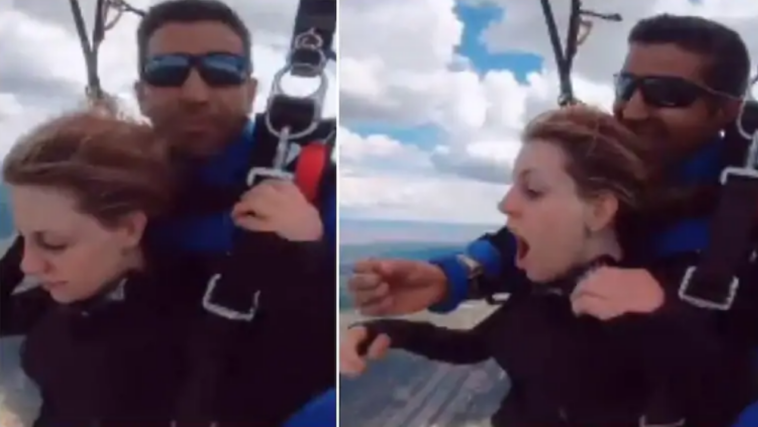 Unique marriage proposals always win our hearts. But this man took this on a whole new level when he proposed to his girlfriend mid-air while skydiving.

The video was shared by the man himself on his Instagram handle. His name is Ray and he is an adventure sports enthusiast and pilot. Ray surprised his girlfriend Katie when he proposed to her thousands of feet above the ground.

The video shows him and Kative skydiving. As they descend downwards, Ray looks into the camera to reveal that he is holding the ring in between his teeth. A few moments later, the parachute flutters open and Ray goes on to express his love for Katie.

He takes the ring out of his mouth and pops the question while filming her surprised reaction.

“I fall in love with you more and more every day. Will you marry me?”

The proposal ends with Ray saying, “She said YESSS!”

The video was shared on social media over the weekend and since then, it has gone viral. It has received over 4,500 likes and netizens are pouring in best wishes and congratulatory messages for the couple.

“Brooo… you took it to a WHOLE NEW LEVEL, my dude.. very impressive.”

“They are in the skyyyyy. This is insane.”

Some also said it was a very risky move, but nonetheless, this heartwarming video has spread smiles across social media. 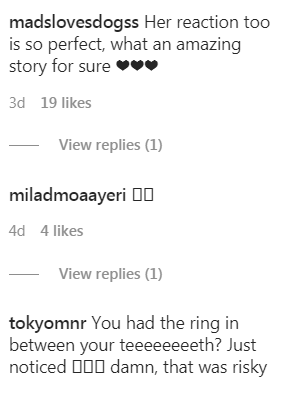 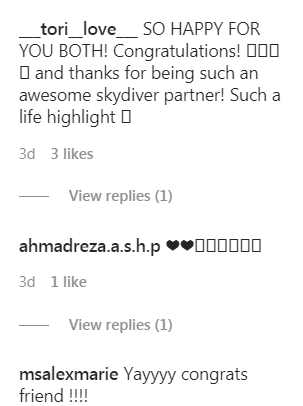 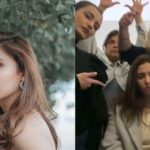 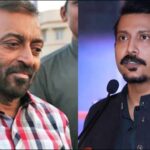