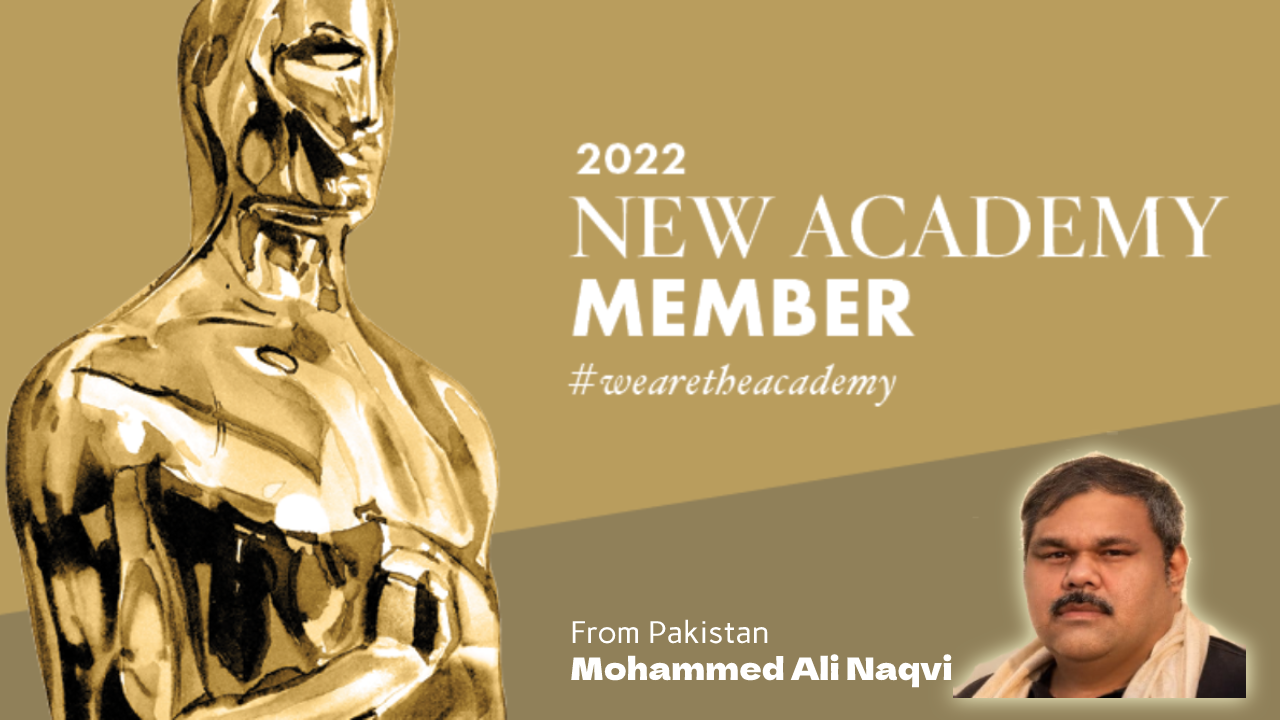 Mohammed Ali Naqvi shared the amazing news on Twitter that he has been invited by the Academy of Motion Picture Arts and Sciences as a distinguished member of the global film community to join the organization and we couldn’t be happier!

He is already a member of the Television Academy (Emmys) and IDA (International Documentary Association). He is the recipient of two Amnesty International Human Rights Awards and a Grand Prix from the United Nations Association Festival.

He is an Asian Media Award winner and has received the inaugural Television Academy™️ in Honor and an Emmy- nomination.

Recognizing his talent and vision, international acclaim, and numerous awards in documentary and filmmaking, Naqvi has been invited to become a member of the Oscars under the category of documentaries. It is indeed a moment of tremendous pride for Pakistan.

Overall, 397 members have been invited in various categories. These members will henceforth be able to vote for the Oscar nominations and winners.

It is heartening to see that our talent is receiving global recognition and is sharing the stage with the big names of the world.

The stage is set and the spotlight has started shining on our film industry, it is now for us to make the most of this opportunity and create an enabling environment for our stars to shine internationally.

Mohammed Ali Naqvi (www.monaqvi.com), is a well-known name internationally and has won many accolades for his ground-breaking work.

He is a Pakistani-American filmmaker whose films explore themes of human rights, social justice, politics, and identity in contemporary Muslim and South Asian narratives.

Naqvi served as Co-Executive Producer of the Netflix Original Top 10 docuseries Turning Point: 9/11 and the War on Terror.

He has directed internationally acclaimed award-winning documentaries like Shame, Among the Believers, The Accused: Damned Or Devoted? Pakistan’s Hidden Shame, which prompted Pakistani Former Prime Minister Imran Khan to open a shelter for homeless children in KPK province.