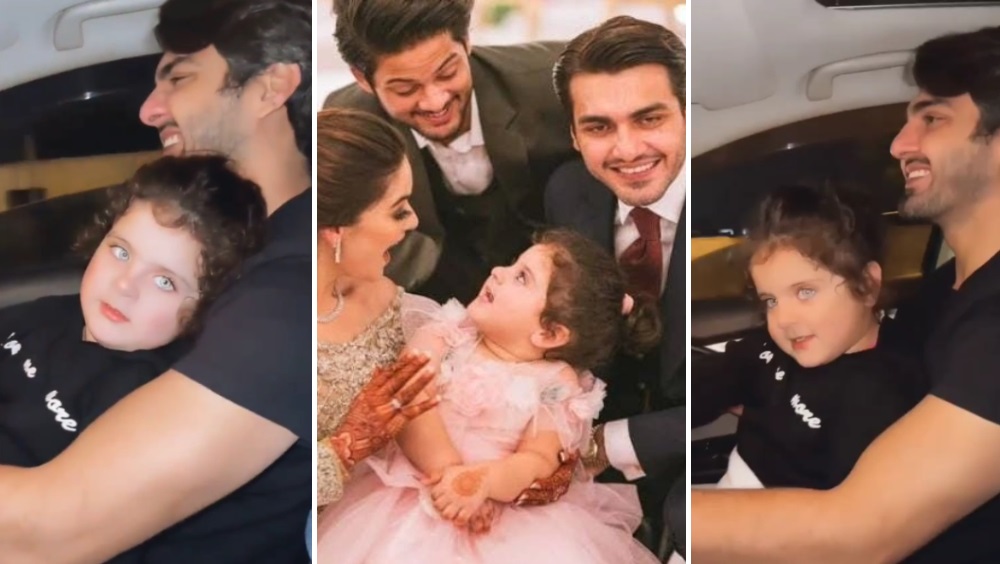 Minal Khan and Ahsan Mohsin Ikram are one of the biggest celebrity couples in the Pakistani showbiz industry. The two have become household names, not just because of their acting skills but because of their charming personality on social media. Ever since the two tied the knot in a grandiose wedding last year, Minal and Ahsan are the talk of the town. 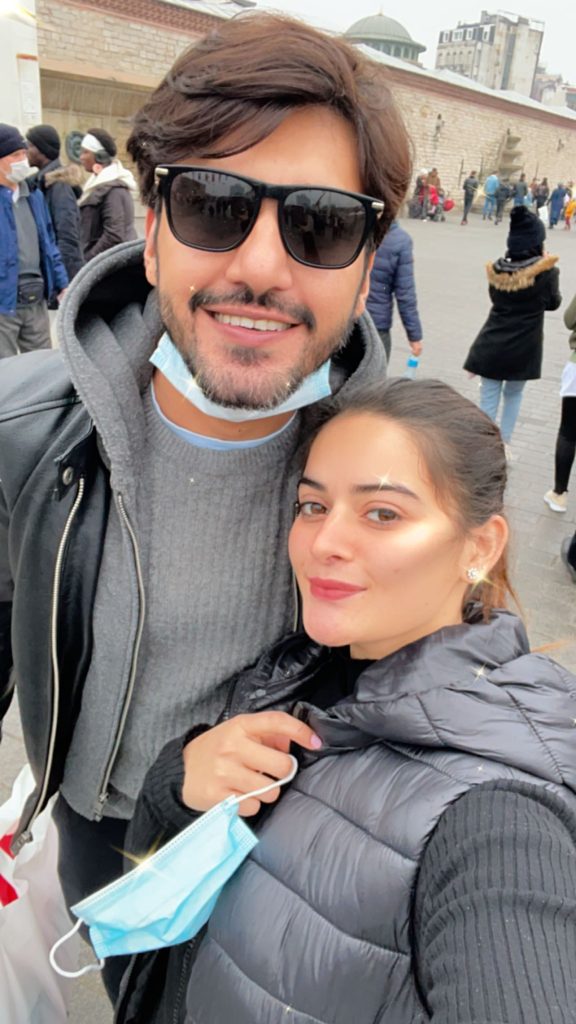 Minal is also the twin sister of Aiman Muneeb, another gorgeous showbiz diva. The sisters share a strong bond together and often spend time with each other. 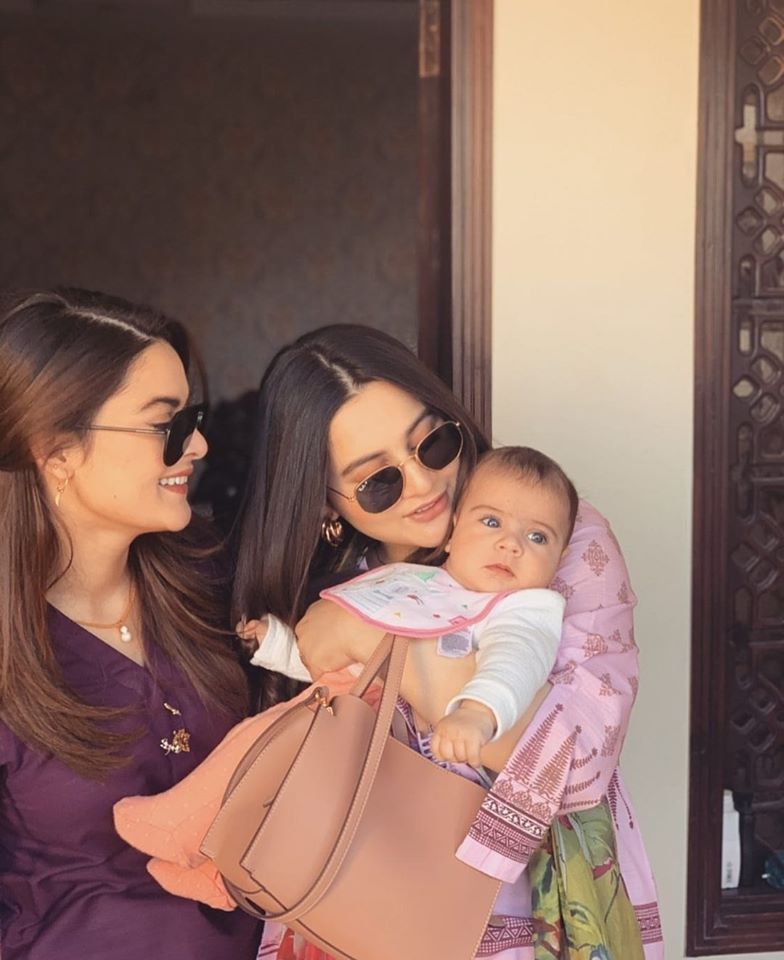 Recently, Amal’s khala Minal and uncle Ahsan took her out for a fun drive. The couple took to social media to share snippets from their fun family outing. However, one clip is going viral for all the wrong reasons. The video in question is of baby Amal, sitting on Ahsan’s lap as he is driving. Check it out!

It is one thing to hold a child in the driving seat but another thing to let that child play around with the steering wheel. Minal and Ahsan seem to have a laugh about it as baby Amal pushes the horn and fiddles with the steering.

However, netizens are not too happy with the antics. People are calling out the couple for being “irresponsible adults” for putting the baby and everyone’s else life at risk. Netizens took to the comments to bash the couple for their carelessness. Here are a few comments. 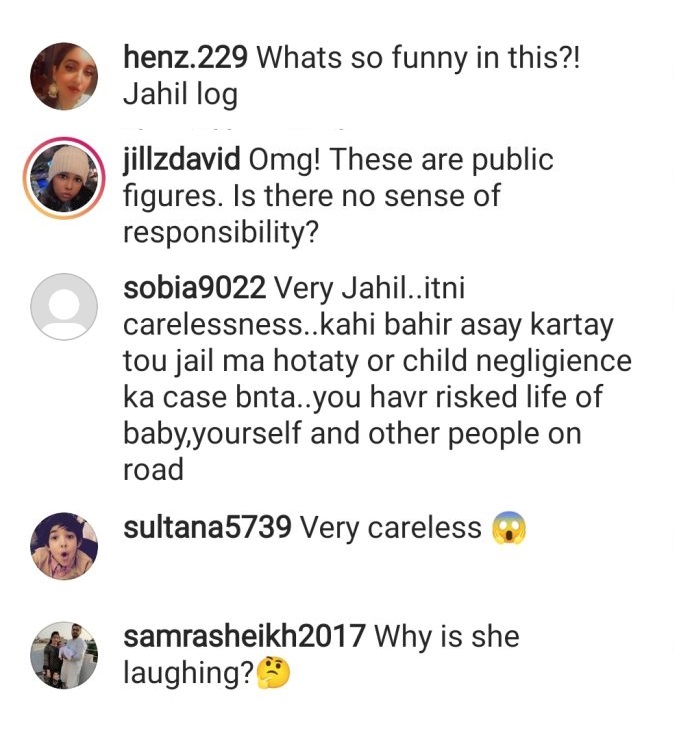 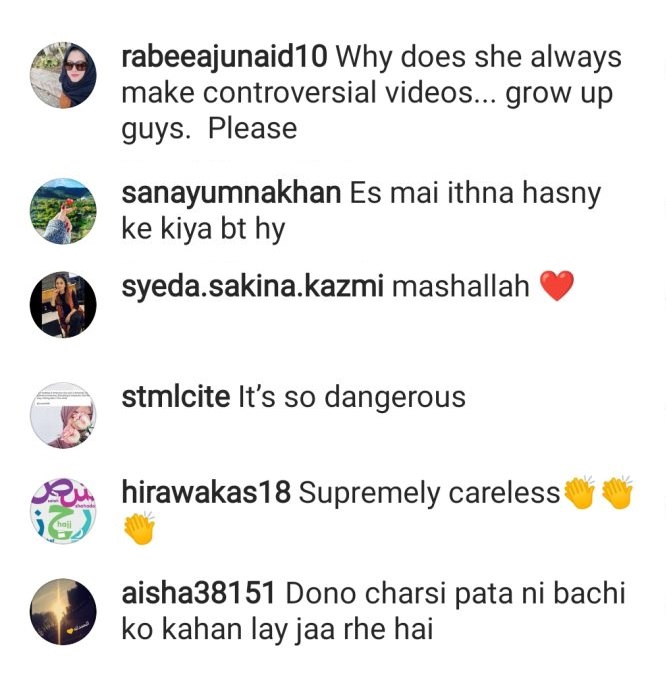 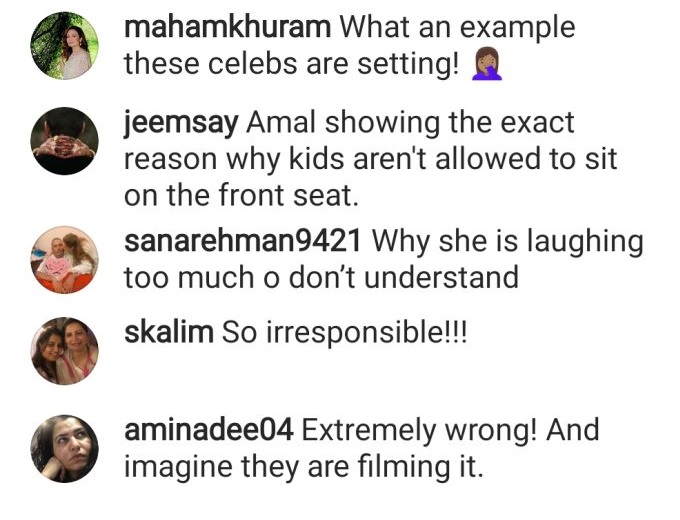 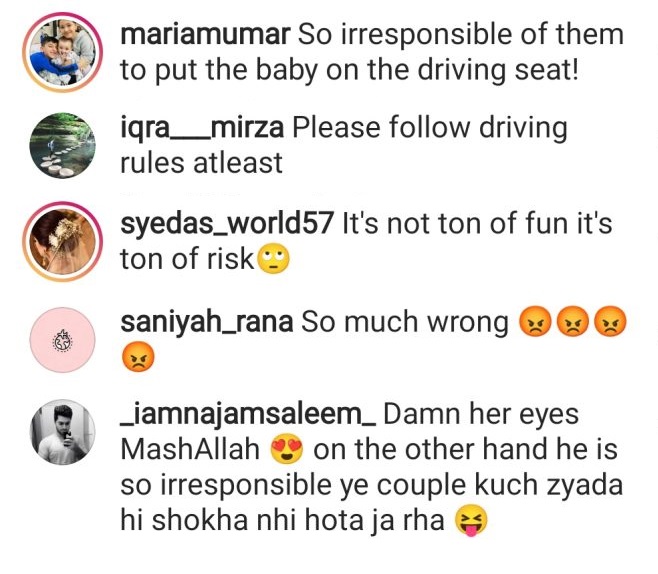