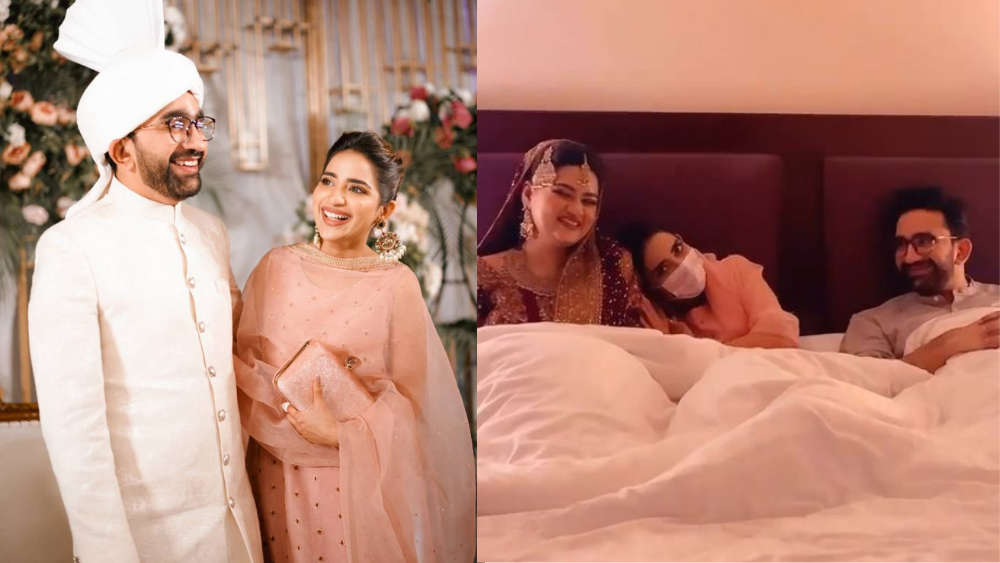 Saboor Aly was recently spotted third wheeling at her best friend’s wedding, but it seems that the actress has offended the masses.

For the past few days, Umair Qazi’s wedding has been the talk of the town. All the celebrities were spotted at his wedding festivities and it won’t be wrong to say that it was one of the most star-studded events of 2021.

Saboor Aly’s best friend just turned a new page and she is really happy for him. From his Mehendi to the Baraat and Valima, the Fitrat actress took the social media by storm with her stunning looks.

Just recently, a video surfaced on social media where Saboor Aly proves to be the epitome of the phrase kabab mein haddi. The actress was spotted sitting between the newlyweds and third-wheeling them.

The video was also shared by Galaxy Lollywood. However, netizens took quite an offence and expressed their disappointment in the comment section.

People weren’t happy to see them goofing around and thought it was very ‘cheap’ of Saboor to interfere them.

Earlier, the dance videos of the Aly sisters went viral on social media. Sajal and Saboor danced their hearts out with their friends at Umair Qazi’s Mehendi night and set the internet on fire.