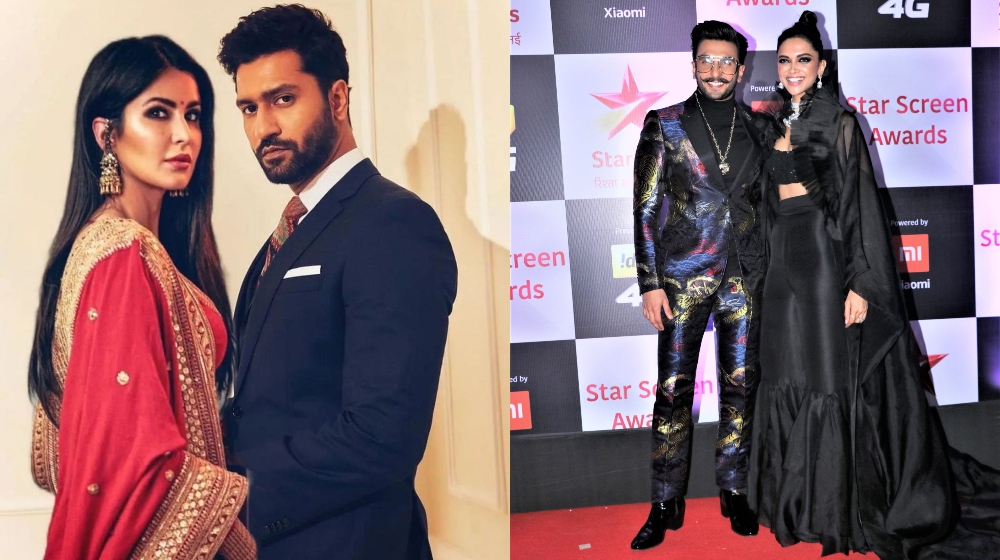 As Bollywood stars Ranveer Singh and Vicky Kaushal took the spotlight at the Filmfare Awards, both took it upon themselves to bring up their beautiful wives.

Ranveer Singh bagged the top honor for ‘Best Actor’ at the Filmfare Awards 2022 for his performance in the sports biopic 83. Meanwhile, Vicky Kaushal won the award for ‘Best Actor (Critics’ Choice)‘ for his film Sardar Udham.

Amid small talk and casual banter on stage to get the audience into fits of laughter, the Gully Boy actor mentioned how he and Vicky are often taunted by Netizens for marrying Bollywood divas way out of their league.

“After all, we both are tall, dark and handsome. Both of us are living our own fairy tales by marrying Deepika and Katrina. People tell us ‘woh dono humare aukaat se bahar hai’ (Both of them are way out of our league).”

Both Ranveer Singh and Deepika Padukone, and Vicky Kaushal and Katrina Kaif are among the most sought-after Bollywood couples. With the former being the Bollywood ‘it couple’ for ages as fans shipped them to get married, which they finally did in 2018.

Meanwhile, the latter really pushed the envelope in terms of ‘it couples’ given the age gap, particularly their relationship dynamic with the Namaste London star being older. Somewhat a first in Bollywood.