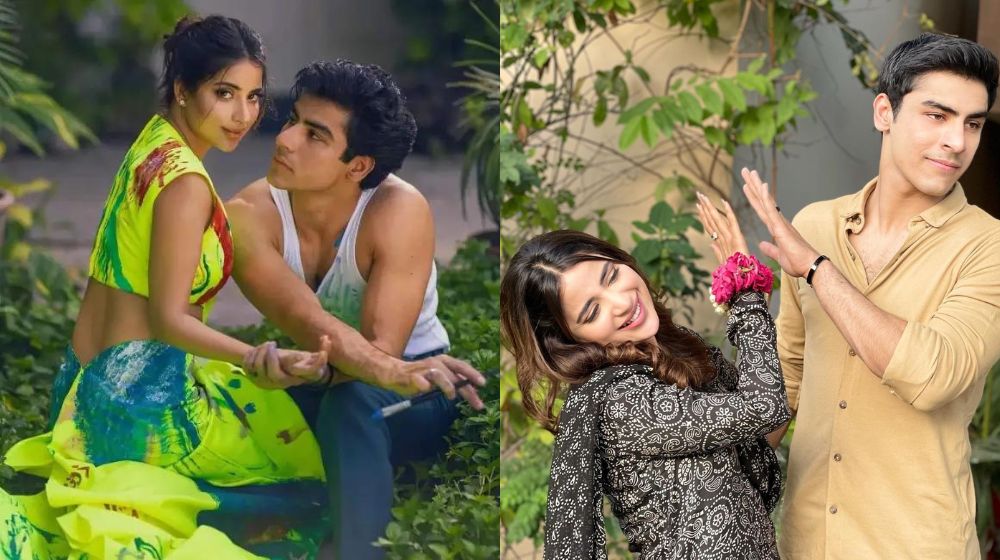 The hot favorite couple of the town these days Saboor Aly and Khushhal Khan were spotted exchanging hilarious banter on sets of their hit drama ‘Mushkil’. While Saboor was busy scrolling through her phone Khushhal Khan filmed her and asked her if she wants to have food.

At first, she said

But Khushhal Khan started teasing her saying sorry what? Can you say that again on camera?

Funnily poking her, he started asking her again and again. To which she replied loudly in Punjabi

The way she uttered that out loudly left us in laughter.The ‘Nehar‘ star surely has a jovial nature and we time and again see her funny mischievous videos teasing her husband or her co-stars. On the work front, Saboor and Khushhal are working in the drama ‘Mushkil‘. Fans are swooning over their cute chemistry. 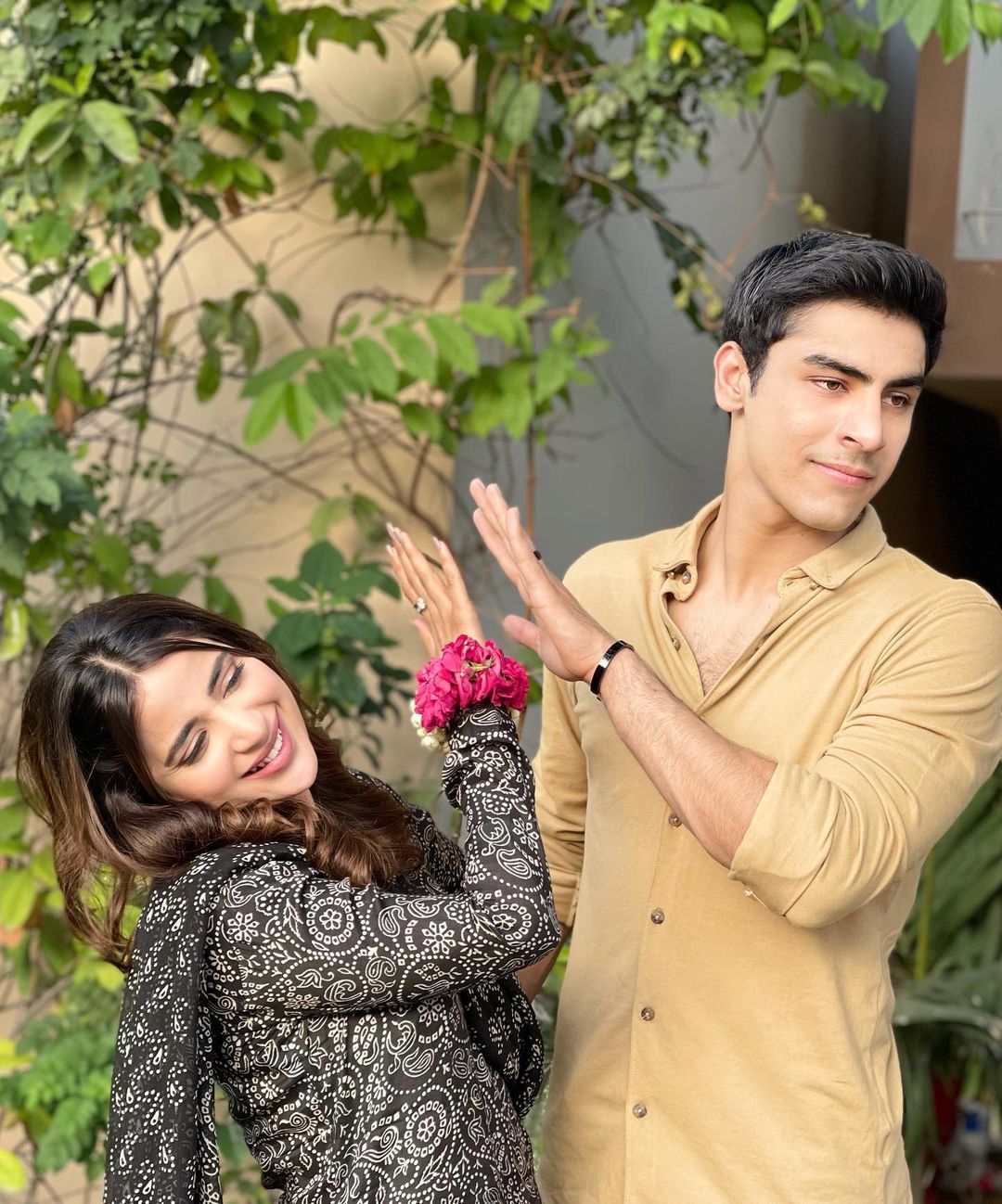 The ongoing drama ‘Mushkil’ has been garnering a lot of praises lately. People are head over heels for Khushhal Khan and Saboor Aly. The duo makes a pretty cute couple and fans are in awe showering praises over them. Aly and Khan are the new favorite couple in town.

The serial has been produced under the banner of 7th Sky Entertainment and directed by veteran actress Marina Khan. 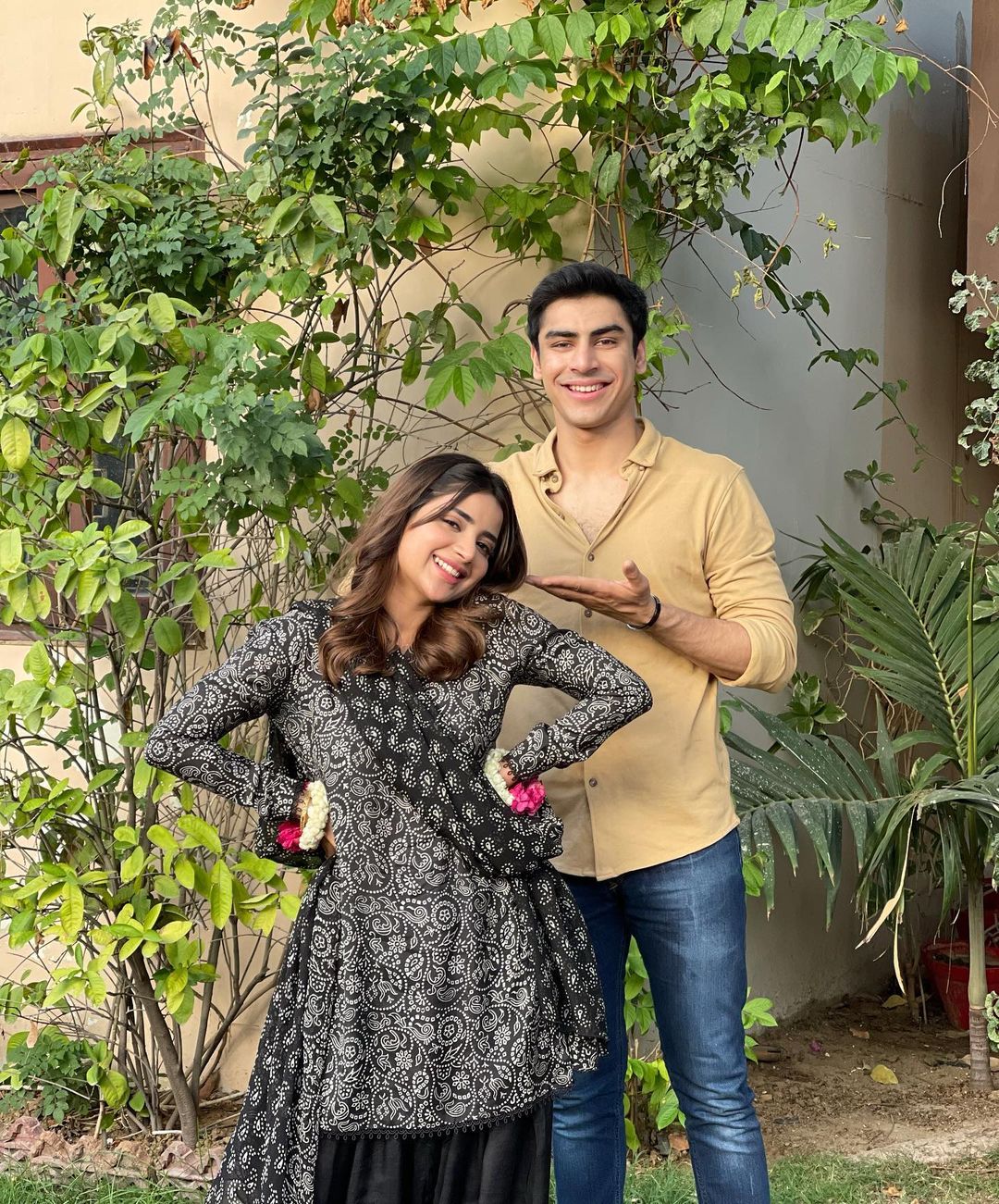 Saboor Aly is a very talented and popular actress in the Pakistani showbiz industry. Even though many people know her as the younger sister of superstar Sajal Aly, she is making a name for herself in many super hit dramas and endorsements with various fashion brands. The fashionista star in various drama serials such as Ishq Mein Kaafir, Naqab Zan, Gul-o-Gulzaar, Parizaad, and Tum Ho Wajah.