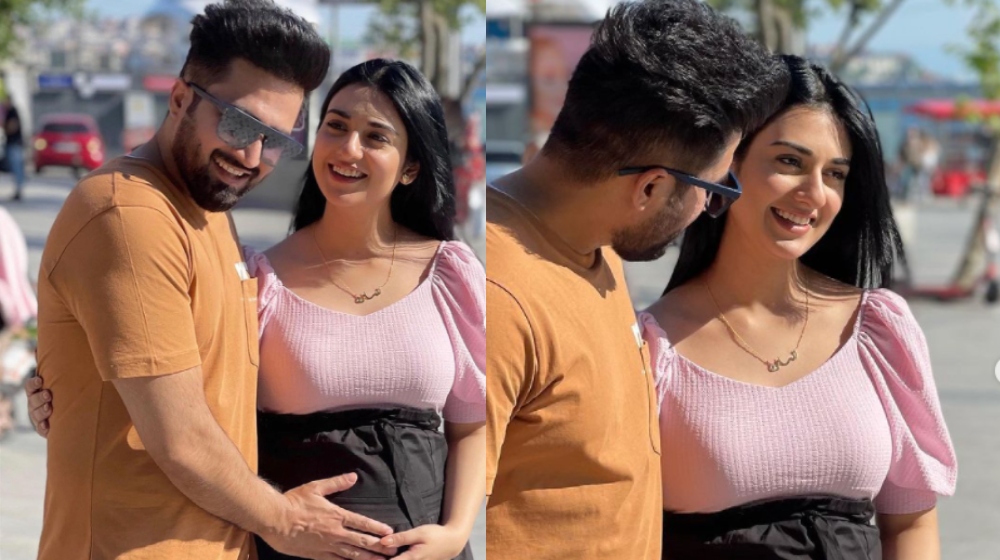 Sarah Khan and Falak Shabbir continue to give major couple goals with their pregnancy announcement. The first-time parents ask for prayers as they are set to embrace parenthood.

Both Sarah Khan and Falak Shabbir took to Instagram to announce the big news with a picture of hubby Falak Shabbir cradling her baby bump.

“It is he who forms you in the wombs AS HE WILLS, there is no god but he: THE ALL-MIGHTY THE ALL WISE”
– Quran|Al imran 3:6

ALHAMDULLIAH we’re expecting our first child. Remember us in your prayers.
MASHALLAH 💕”

Did Sarah Khan Confirm Her Pregnancy Rumors in New Post?

Little sister Noor Khan and other celebs like twins Aiman and Minal congratulated the couple. 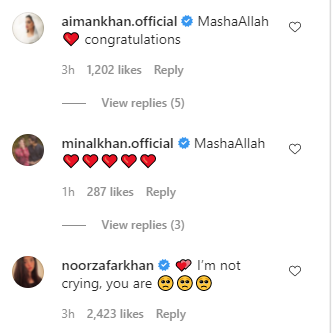 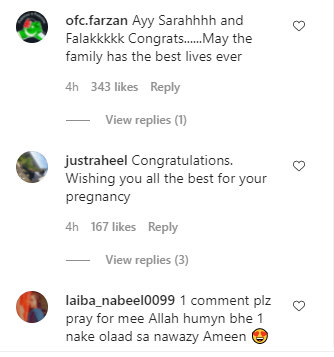 The Ijazat singer shared additional pictures of him being the perfect partner. From humoring his wife’s pregnancy cravings to her mood swings.

Based on the size of her baby bump, looks like the pair kept the pregnancy under wraps for almost two trimesters. Fans have been speculating for a while now that the couple might be expecting their first child. Desi couples often don’t share pregnancy news out of fear of the evil eye or ‘nazar’.

Cricketer Hassan Ali and cricket wife Samiya Arzoo didn’t share the news until an image of Samiya with fellow cricketer’s wife Sania Mirza gave it away.

That’s when fans noticed how the couple had been hiding Samiya bhabi’s baby bump until the third trimester.

They were blessed with a baby girl in April 2021. Their little bundle of joy is three months old now.

Hassan Ali and Samiya Have a Baby on the Way! [Pictures]

On the other hand, some celebs like Juggan Kazim keep fans posted on the entire pregnancy experience. The web show host even has a mommy blog to help expecting mothers prepare for what’s to come.

She too was blessed with a baby girl.