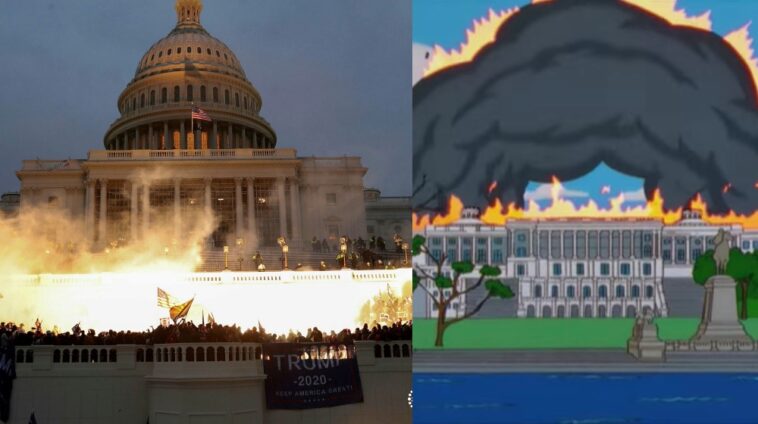 Many Simpsons predictions came true over the years, but will the animated show be right yet again? Twitter is buzzing with discussions on how The Simpsons accurately predicted the riots at Capitol Hill. So what’s next?

Guns drawn inside the US Senate Chamber.
This is horrifying. pic.twitter.com/AyIzXIRelP

Trump supporters opposing the Biden administration taking over the responsibilities of the White House staged violent protests to stop Congress from ratifying the Electoral College vote. The situation got violent as these protesters scaled the walls of the White House and stormed the building.

The rioters brought guns and Molotov cocktails (makeshift bomb) into the White House.

The situation had grown so violent, the Mayor of D.C., Muriel Bowser had to declare a public emergency for public safety.

I have issued Mayor’s Order 2021-003, extending the public emergency declared earlier today for a total of 15 days, until and unless provided for by further Mayoral Order.

People in the White House with guns was definitely one thing The Simpsons predicted.

Viewing images from the Capitol Hill riots is like looking at a live-action adaptation of the show.

There are a few potential outcomes for how the riots in Washington will end. Twitter even brought up how the animated show might serve as a warning as to what might go down on January 21st when President Joe Biden will take office.

maybe the simpsons were right about 2021 pic.twitter.com/e64Sd8WJM8

The Simpsons prediction for 1/20/21 pic.twitter.com/O7FfK10Dap

Some predictions are less grave than others but all seem to agree there will be destruction nonetheless.

“The Simpsons” Is Pulling An Episode Featuring Michael Jackson

Currently, the death toll from the riots is four. The first casualty was a woman who was shot by the Trump supporters during the siege. 35-year-old Ashli Babbitt was a California native and Air Force veteran. Meanwhile, another three casualties due to medical emergencies were reported D.C. Police Chief Robert Contee III, during D.C. Mayor Muriel Bowser’s press conference. 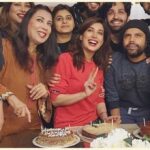 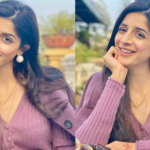