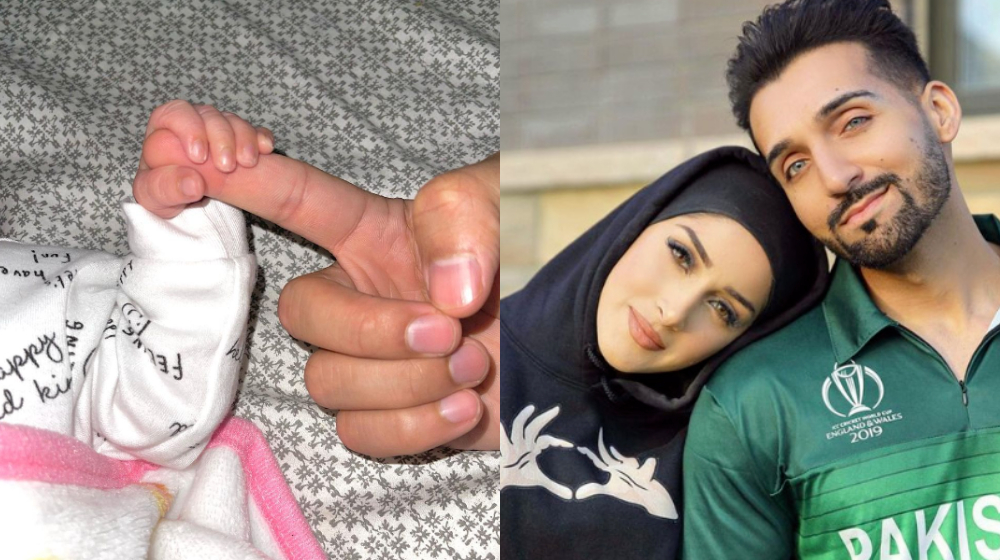 The controversial content creator Sham Idrees and his wife Sehar (aka Queen Froggy) recently welcomed their child — another daughter — into the world on 28 September.

The couple took to social media to share the news with their fans and followers, and posted a picture of the hand of their little bundle of joy, whom they have named Shanaya.

Sham posted a really cute photo of their newborn holding his finger on his Instagram and wrote: “Alhamdulillah, we would like to announce the arrival of our baby girl @shanayaidrees born on Sep 28th, 2022. Please keep our family in your prayers”. 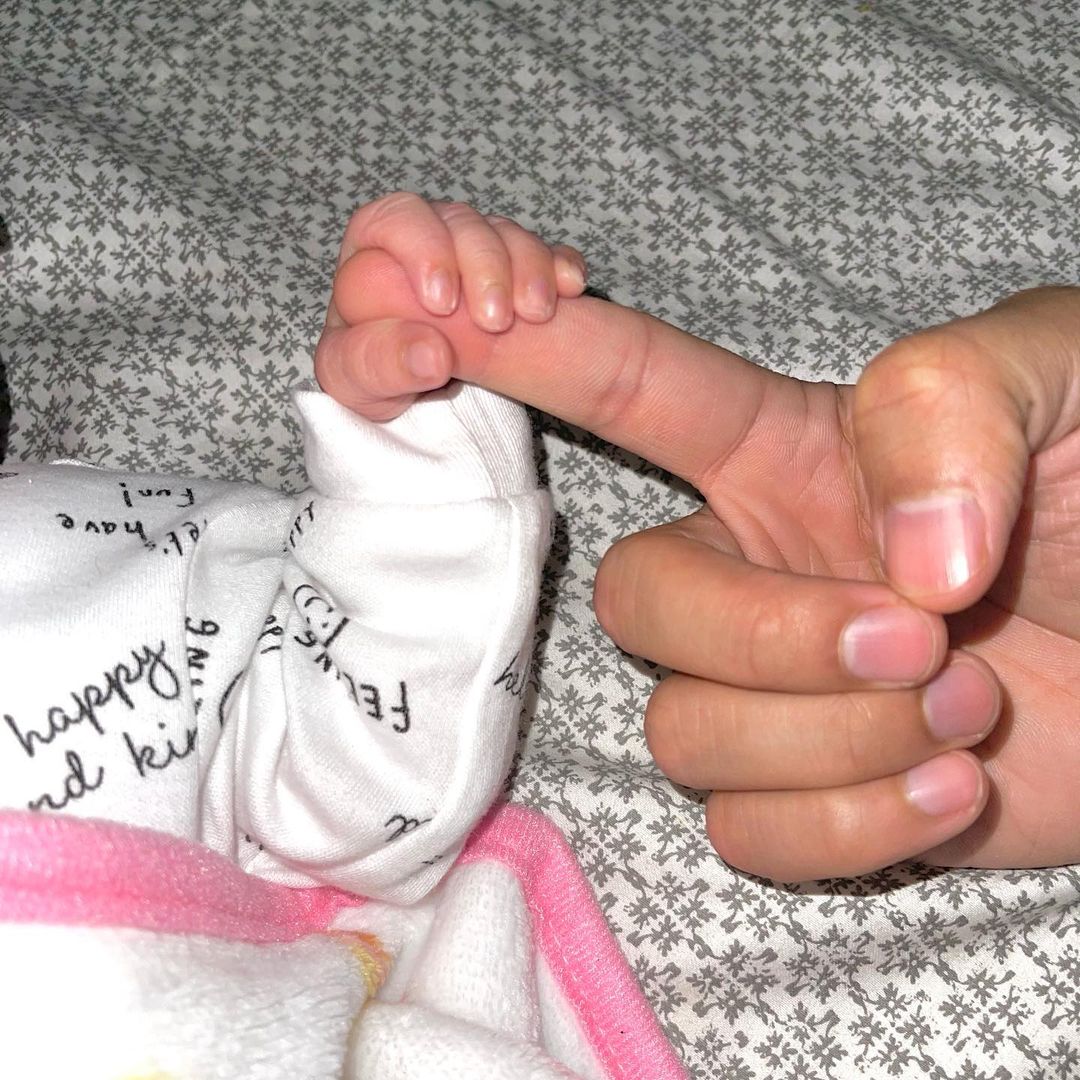 The photograph along with the caption melted the hearts of his fans who instantly started pouring in congratulatory messages and wishes.

Soon after her birth, this little munchkin is already on Instagram with her own personal page. After her sister, Sierra Idress, now Shanaya is also one of a growing number of babies and young children who have their own social media accounts. These accounts are usually set up and run by their parents.

She garnered 5,587 followers in just a few days and it looks like her fan base will be growing faster by the day.

Her parents are tagged in the bio as “My mommy is @queenfroggy, My daddy is @shamidrees”. 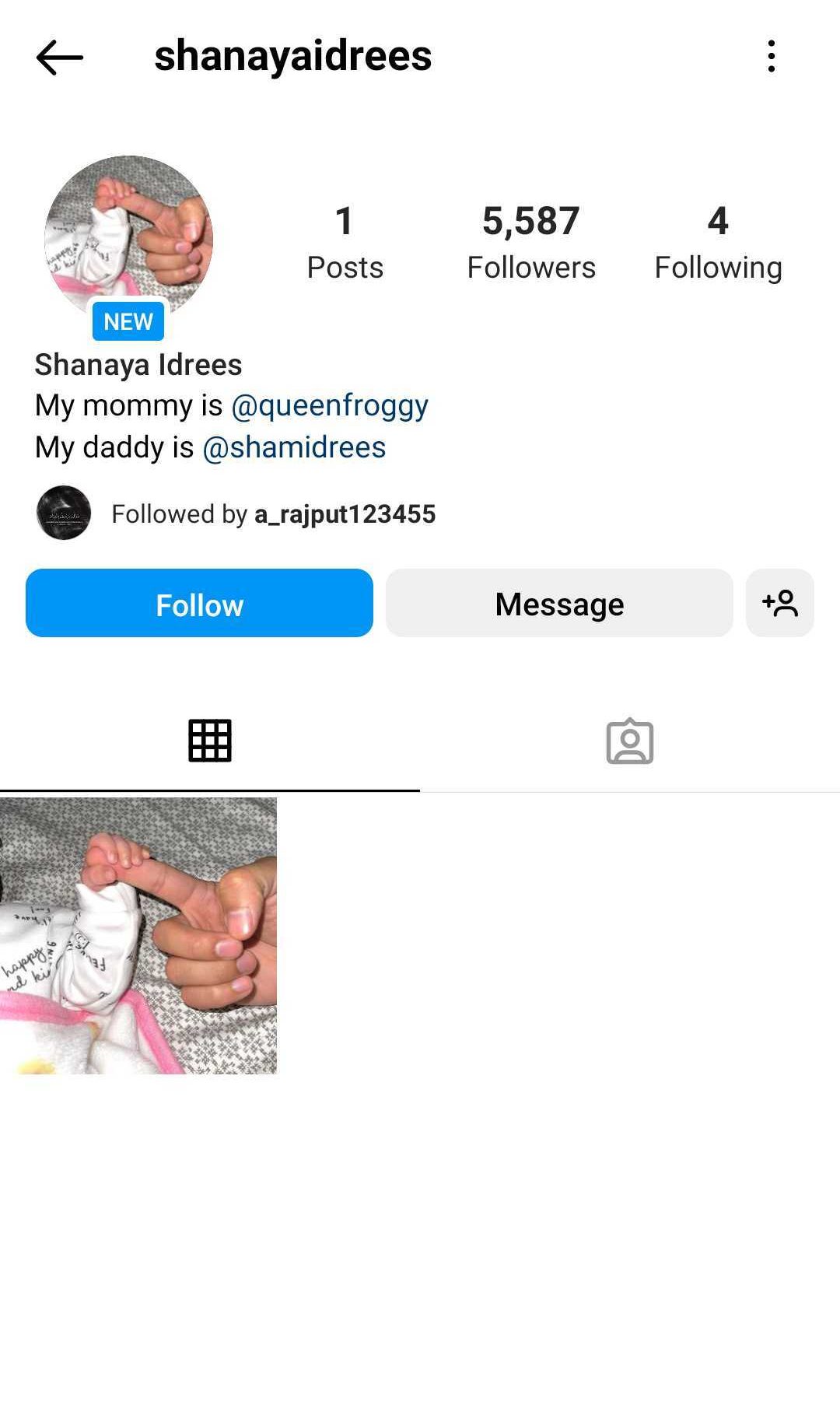 And until now only one picture is posted which is the same one that Sham had shared to announce the big news.

Even before the arrival of their baby girl, Queen Froggy had announced on her birthday that their second daughter would be a September baby. 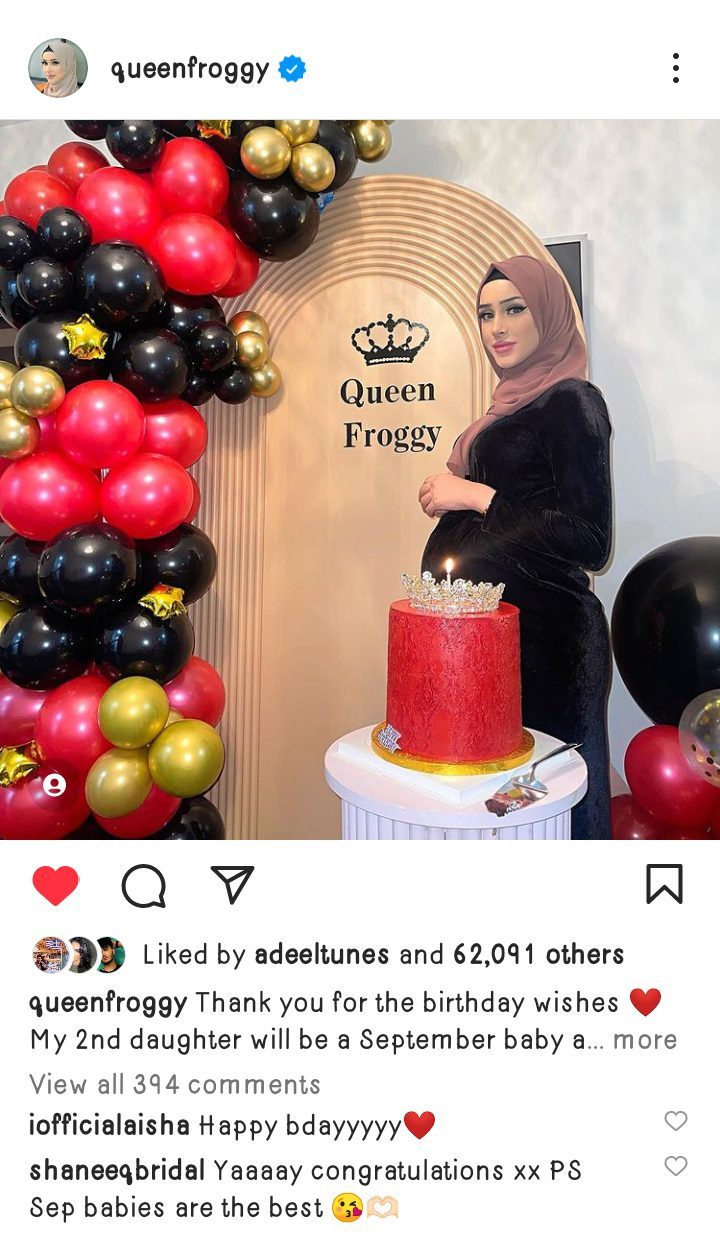 Ehtesham Idrees, also known as Sham Idrees, is a Canada-based YouTuber with a massive following. The YouTuber is mostly known for his controversies and spats with other Pakistani YouTubers instead of actual, original, and entertaining content.

He married Seher a few years ago and the couple is parents to two-year-old daughter Sierra. Soon after her birth, Sham introduced his followers to his other daughter, Dua, from his previous marriage. The shocking announcement was made on the girl’s 10th birthday.