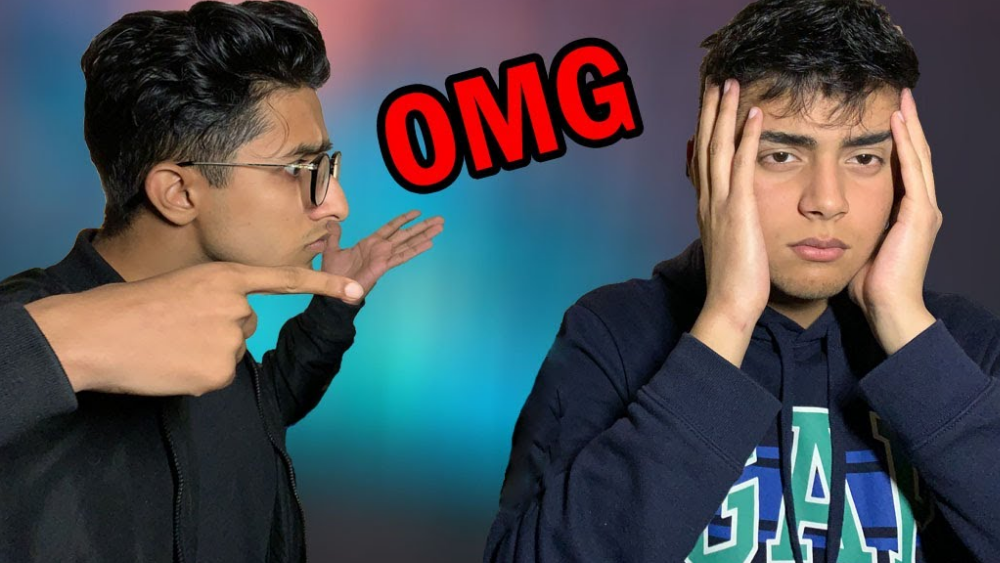 Apparently, it was a ‘dare’ for one of his friends, where she had to ask out his housekeeper. The girl can be seen going after the housekeeper, flirting with him and saying that she wants to marry him.

The servant gets flustered obviously and refused her politely. However, the girl continued to complete her ‘dare’ and make him uncomfortable.

REPOST+ SHARE
Mustafa Babar’s new video is utterly disgusting. This girl is dared to approach an innocent housekeeper, and proceeds to do so and and FLIRT with him and ask him out. This is harassment. The man refused politely and she continued to make him uncomfortable. pic.twitter.com/7pJhMLFMTx

Mustafa Babar Gets Called Out

Netizens started noticing how inappropriate it was and pointed out that this was plain harassment on the girl’s part. Some even said that they were fully aware of what they were doing for the sake of viewership. If the roles were switched, we know how far it could’ve gone.

Put yourself in this man’s shoes. Imagine having your self respect shattered by stupid privileged teens for a fucking youtube video. Imagine not being able to stand up for yourself because you fear for your job. Don’t tell me this isn’t fucking harassment.

What is even more problematic is that Mustafa and his ‘squad’ weren’t even considerate enough to refer to him politely. The use of the word ‘kaam wala’ shows utter disrespect and discrimination towards a specific social class.

People also pointed out that one could expect such content from Mustafa and his friends who are nothing but a bunch of privileged brats trying to get attention by spreading toxicity.

istg:/ idk when we’ll start giving attention to people who actually deserve it instead of kids who can’t even be decent humans to the people slaving all day for them.

The video has been taken down, but only after he was called out for it. However, neither Mustafa, nor his friends have apologized for their behavior or explain their side of the story.

Yes, he’s taken the video down but apparently doesn’t feel it important enough to apologise about🙄. And you and i both know that if it was someone of the same social status being harassed, there would be an apology out by now. This is fucking sad, that’s all.

This 16 Year Old Tea Seller Topped His Exams, But Forced into Work To Feed Family

People really think that this was below the belt and not something you can call ‘entertainment’. It wasn’t funny but rather a dehumanizing act for the sake of getting noticed.

And for the reference here’s the comments that still haven’t been take notice of by mustafa babar.
They’re having a rollicking time by embarrassing their house help, that too kya, asking out horahi hai bhai, matlab meri izzat uchalo to omg, uski izzat uchalo to bro that was lit pic.twitter.com/HAijNUnwnU

And they call it a content for YouTube … this is utterly discusting and it will get worse with rape and suicidal jokes
There is no limit to which they will stop because apparently they have been told sky is the limit, not knowing the consequences later on

I find it hard to believe that the guy didnt feel guilty or regretted his decision to execute such idea, must have taken him a day to execute it and then edit it and how many times he his friends must have laughed in the process it’s like there is no humanity left at all.

I don't this just taking the video down redresses anything. The video shows exactly how these kids think devoid of morality

This is so disgusting and messed up, people are so ignorant and inconsiderate nowadays like wtaf

Mustafa Babar really needs to educate himself that this is no laughing matter and we don’t enjoy his ‘sense of humor’. Harassment is a serious issue and it concerns everybody, regardless of their gender or social status.

Pakistani Celebrities Are Not Okay With Proposed YouTube Ban