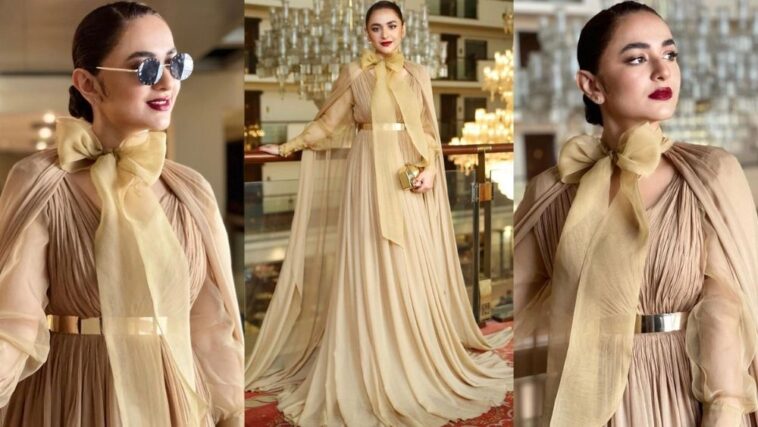 Pakistani television actress Yumna Zaidi made her debut in 2012. Since then we have seen the star growing and eventually becoming a household name. The 31-year-old is also growing popular for her fashionable looks. This time it’s her look from the women’s awards show that is making rounds on social media.

Yumna Zaidi made her debut as an actress in 2012 with the role of Mehak in the drama serial Thakan. Since then, she has appeared in countless hit television series. Her latest performances include her role in shows such as Dil Na Umeed Tou Nahin, Raaz-e-Ulfat, and Pyar Ke Sadqay.

She has also become the face of many big-name brands- Yumna appears as a model from time to time. In addition to this, she is also extremely popular on social media where she posts pictures from shoots on a regular basis.

The Ishq Zahe Naseeb actress has a whopping 3.8 million followers on her Instagram account. She recently posted gorgeous photos of herself from the 6th Sense Women’s Awards, 2021. Everything, from her dress to her makeup look and jewelry was on point.

The camel-colored long dress with a cape and bow looked chic yet elegant- a perfect dress to celebrate the sheroes of Pakistan.

Let’s take a look at her pictures: 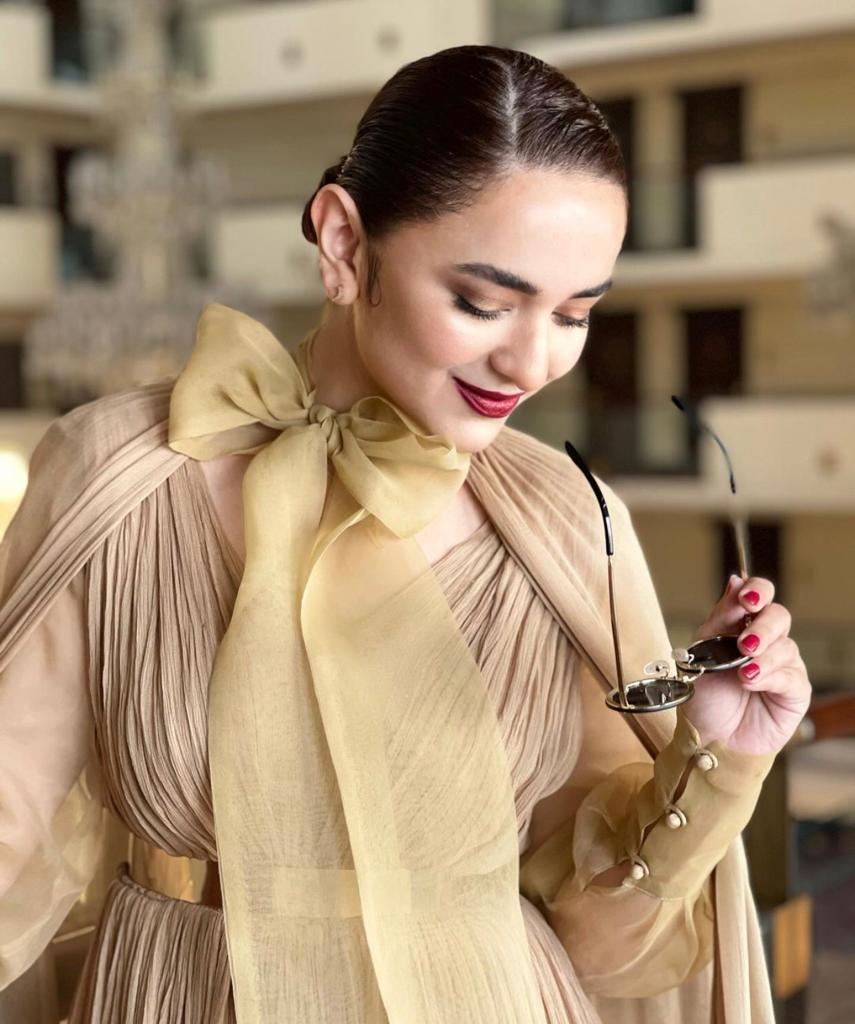 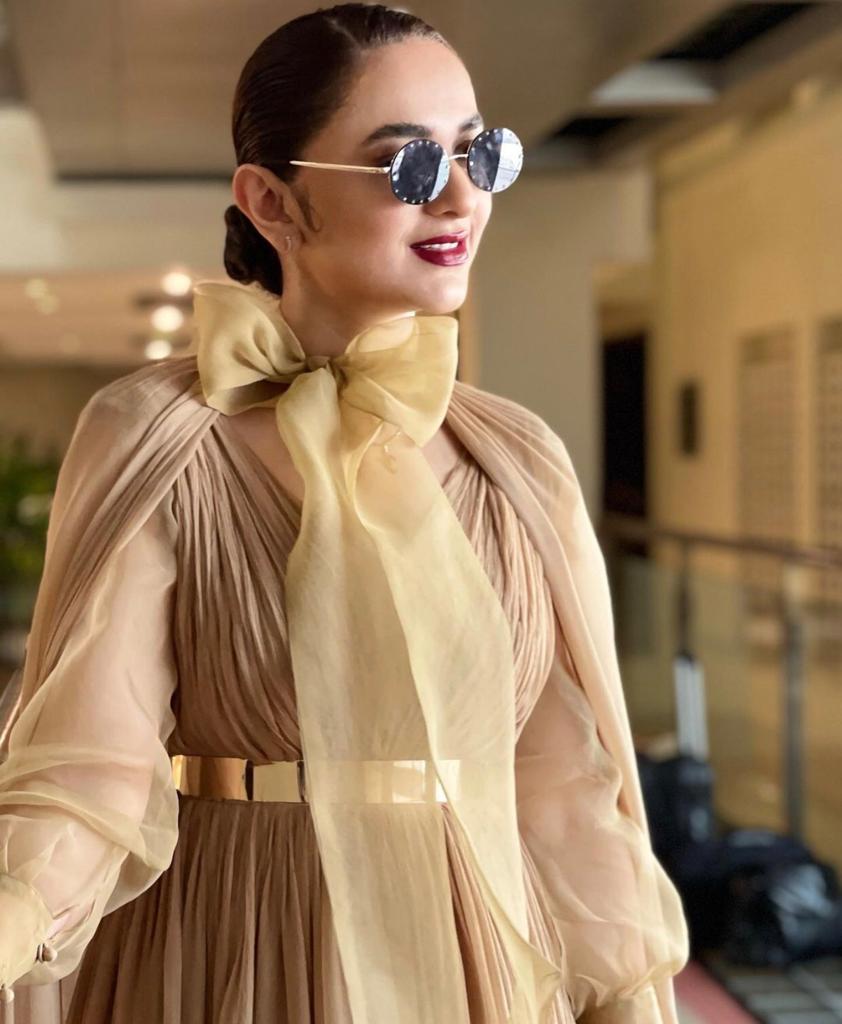 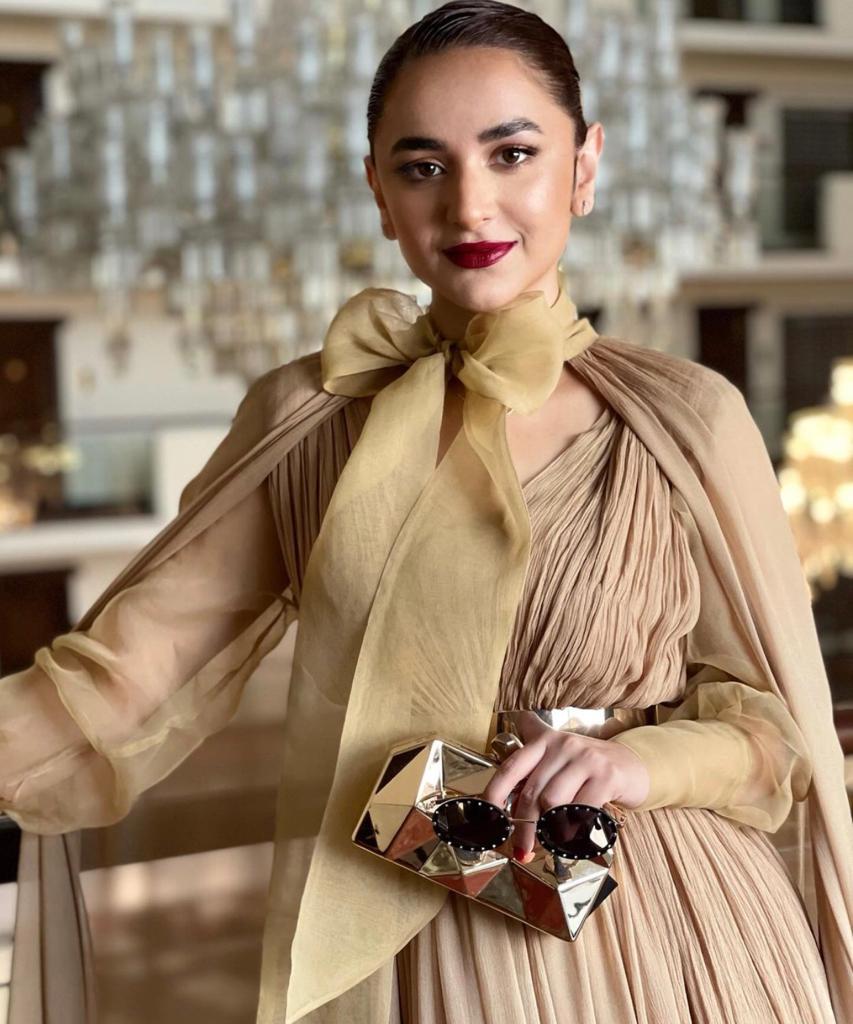 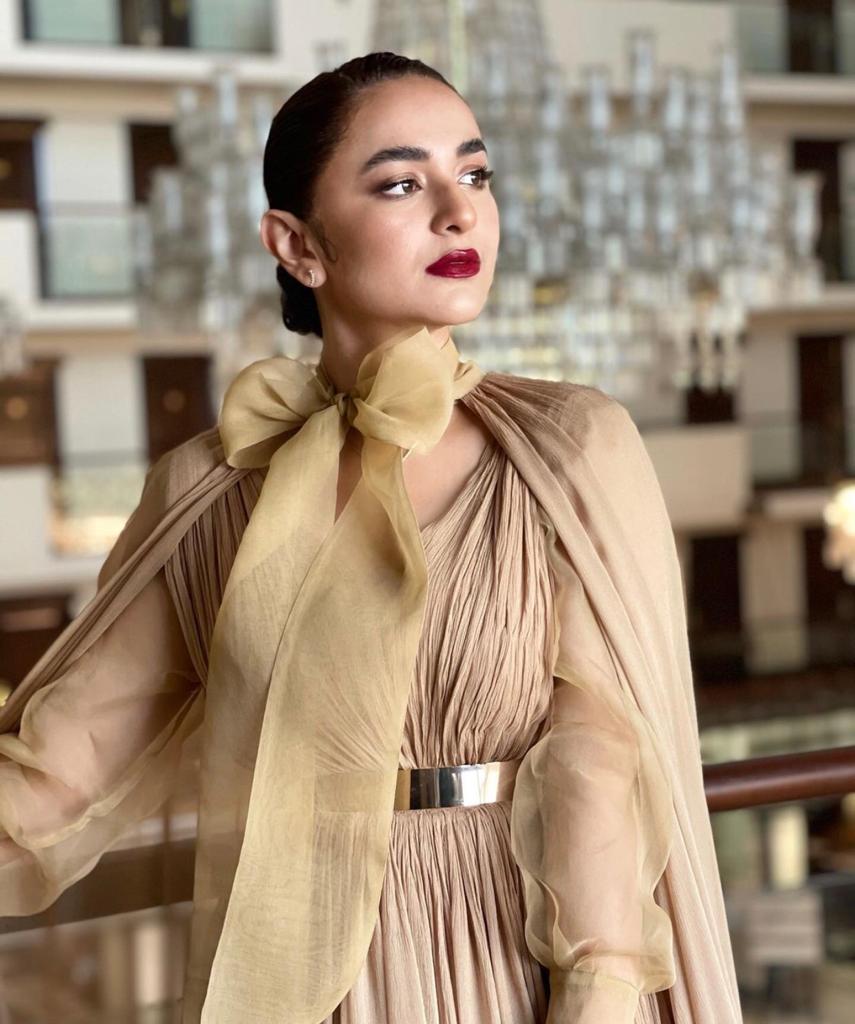 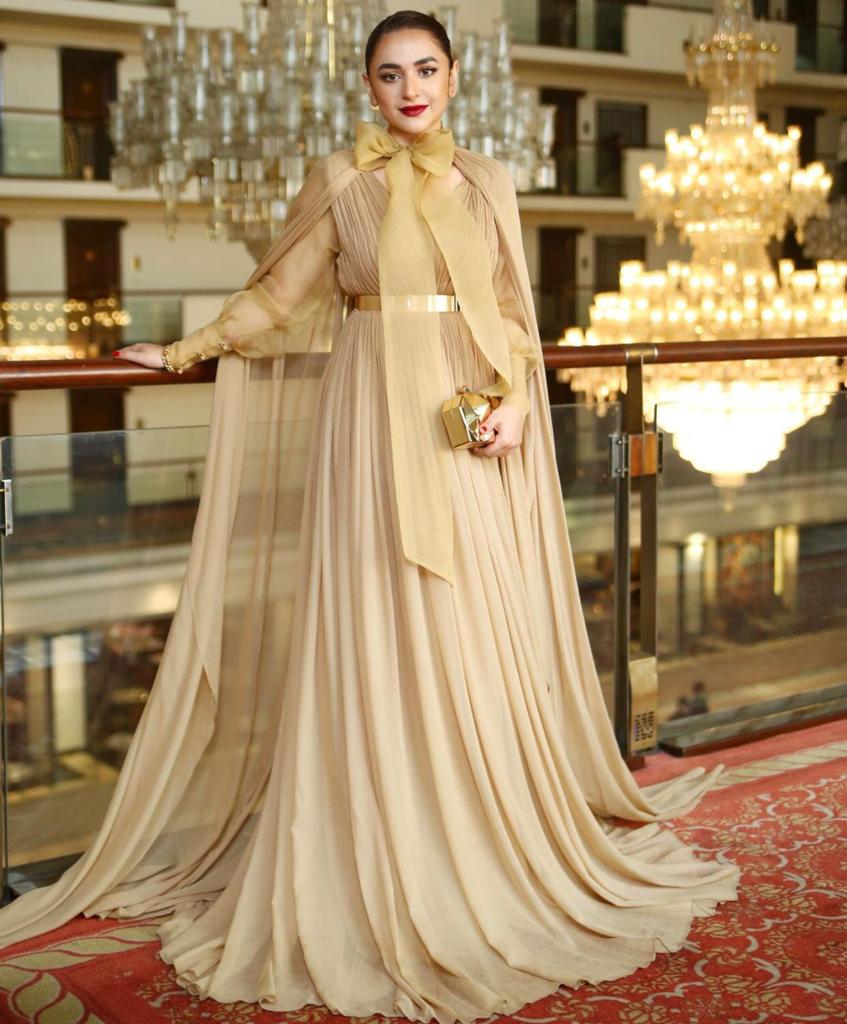 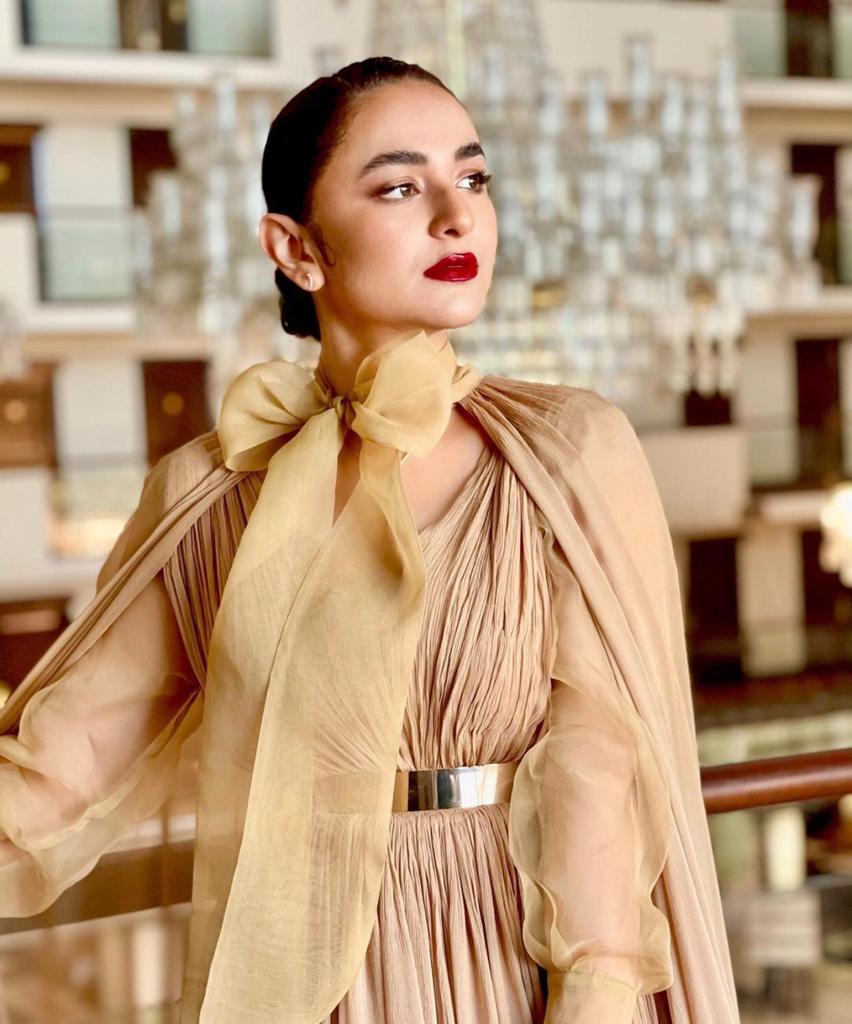 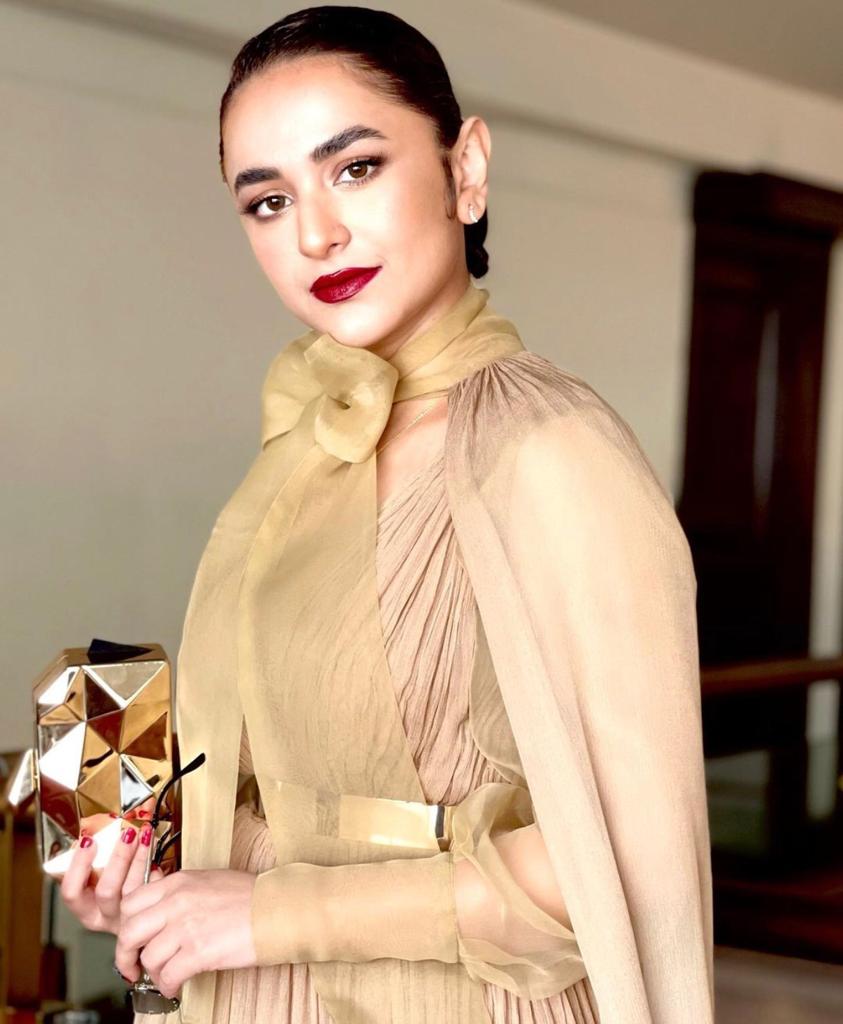 The 6th Sense Women’s Awards was an event attended by several political personalities, artists, celebrities, bloggers, and women from different walks of life. According to the 6th Sense Facebook page:

6th Sense hosted these Women’s Awards in association with laurels of honor and ammi awards in honor of the International Women’s Day at the Governor House, Lahore.

We think Yumna Zaidi looks like a truly empowered shero in this dress. The ensemble is flawless and makes her stand out amongst other fashion gurus. What do you think? Share your views in the comments section. 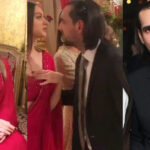 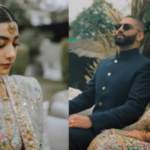