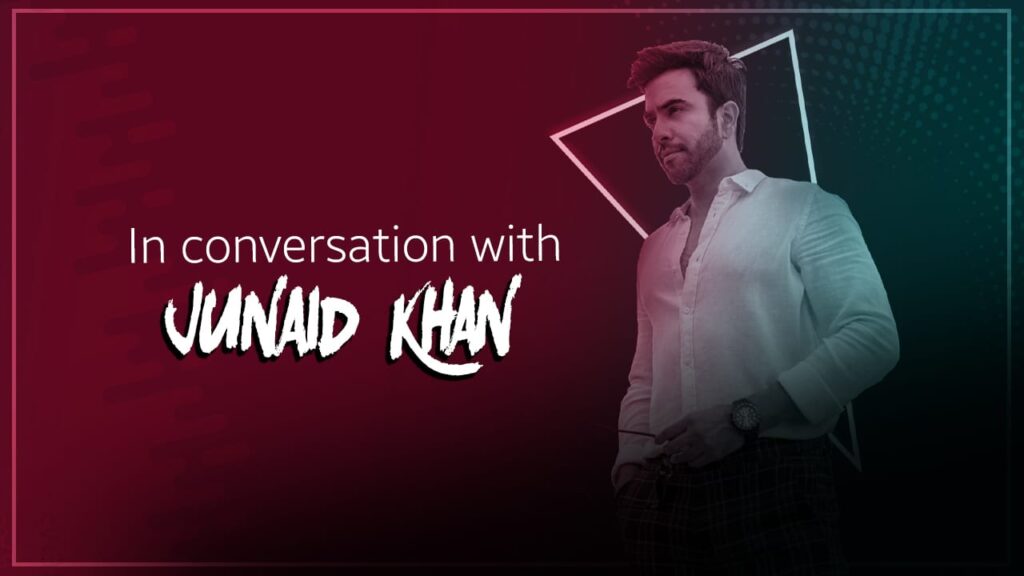 Before hitting stardom, Junaid Khan had already established himself as a renowned musician. Widely known as the face of ‘Call the band’ since the early years of their phenomenal ‘Lari Chuti’ soundtrack, his transition into the folds of acting and writing was an eventful affair.

It was somewhat similar to saying that “you can be pigeonholed, and it’s easy for people to dismiss you”. Junaid had his little moments on both sides of the acting block, but he’s worked so seamlessly in the roles that some might recognize him as an actor instead of a musician.

In an exclusive interview with ProPakistani, Junaid Khan has answered some of the many questions posed by a number of his fans:

It has been several years since you shifted gears from being a musician and pursued acting. If you look back, what do you miss the most about your CALL, THE BAND days?

I haven’t left music, nor the band. Both are pretty much intact. But since I’m busy with some television projects, I haven’t been giving it as much time. For now, I have taken a break from “tv”. I’m working on my music, some solo tracks which I expect would come out either this month or the next. I’ll provide more information as soon as I plan on releasing them.
Call is very much intact; we’re also working on our future. We’ve worked on a few tracks and production will soon commence.

Music is pretty much on the cards right now, and it will always be.

I miss all the live performances that we used to do, and sadly such events are a rare occurrence these days. Truth be told, I came into the field of music because of live performances. I just love being on the stage, voicing my opinions and views in the shape of songs/lyrics to thousands of people. That’s one of the biggest ‘highs’ that motivates me.

So yes, I really miss performing live. The moment COVID-19 hits a landfill or something, and the world gets normal once more, we’ll resume performing.

At what point in your career, did you decide to pursue acting as a career?

There is a prevalent idea in the entertainment industry, that there is no ‘substantial’ or distinguishing role for male actors. If there are any, they are perhaps ‘custom-made’ by directors for a particular male actor. Do you agree with the fact that we don’t have many such roles for male actors?

It’s actually the same for both male and female actors. I quoted something like this in the past and people misunderstood my narrative behind it.

Characters in television are typically limited, both for men and women, because there’s this business model that caters a target audience mostly comprising women, housewives in majority. They’re able to relate their daily lives with the content they see on television. They take more interest in dramas that are creative and appeal to their feelings.

In essence, creative writing is a rarity, really. For example, all of us watched Ertugrul, and what a spectacle it was to see. It’s obviously male-driven, with most characters being male, but the level of creativity behind the story kind of overshadows that aspect. We need to come with such creativity, create new roles and characters that appeal to the general public. And honestly, they’ll perform well with viewers.

It is 2021, and for some producers ‘good looks’ can be a prerequisite in offering decent roles while many argue that talent outweighs anything else. Do you agree?

Image is more important than looks and talents. An artist is like a product. If there’s a pack of chips somewhere on a market shelf, it sells on the basis of its image, packaging, and marketing. An artist is quite similar.

Talent and looks conform to the same ingredient, but if the artist doesn’t have the image to project those elements, he can’t be successful. So, it’s never the case that only good-looking actors hit stardom. In fact, there are many such actors – the talented bunch – who’re still struggling. The ones we see on our television screens today are the ones who work on their image, and that’s the most important thing.

2020 has been a good year for you, with drama serials Kashf and Kasak earning critical acclaim. Which role did you enjoy more in enacting, ‘Wajdaan’ or ‘Daniyal’?

Well of course Kashf was one of the highlights of my career last year, and many people appreciated me for my work throughout the play. People followed the story right till the end – most of them even cried with ‘Wajdaan’, and such an overwhelming response from our viewers made me really happy.

Throughout the experience, I realized that when you fulfill people’s expectations from the outset, it’s your responsibility to maintain that level of expectations throughout the journey. 2021 is finally here; let’s see what happens!

You are also set to make your big-screen debut this year with the upcoming film ‘Kahay Dil Jidhar’. How did this pan out?

We planned on releasing the movie last year, and we were ready – everything was planned perfectly. But then COVID-19 hit the world and everything got postponed. Like many other films, Kahay Dil Jidhar has been delayed indefinitely, until cinemas open.

So, how exactly was the movie panned out? Jalal Rumi is a great friend of mine, who also happens to be a very good director. He’s done a lot of my music videos – Call’s ‘May Aisa Hi Hun’ was directed by Jalal. So yeah, Jalal and I have known each other for a long time.

Coming back to the film, Kamran Bari wrote the story behind Kahay Dil Jidhar. He’s one of the performers and has added some of his own music to the film. Kamran and I have also known each other, and being fellow musicians, when he approached me with the story behind the movie, I loved it. I loved the story, the character and the team, and so I couldn’t refuse to be a part of this project.

The cast includes some of the biggest names of the industry, with people like Mansha Pasha adding flare to the fame. So, the package looked good, I really enjoyed making the film since the project itself offered a different medium altogether. The actor gets to experiment a lot with characters and gets a chance to expand his range by acting in diverse roles.

So yes, everything panned out really well, and I hope the film is released soon, for I’m also very excited for all of us to watch it and get entertained by it!

Give us some insight into the upcoming film?

As the film progresses, the storyline highlights the issue of drug abuse. There’s so much to see, so much to learn, a few entertaining tidbits here and there, and an emotional message right at the end of it. I’m confident that people will love it!

What is the worst criticism that you ever received as an actor?

I think when I was new to the industry, people thought of me as someone who was stiff. It was quite understandable at the time since I was obviously a newcomer and was in the processing of getting to grips with the dynamics of the business.

Honestly speaking, I was also trying to understand myself as an artist. It took some time for sure, but now I believe it’s always a never-ending journey. I’m still evolving as an artist, and you continue to evolve and perform to the best of your ability.

I will always try to evolve and explore the boundaries of what makes an artist whole, and I’ll let my hard work to speak for itself.

From all your female co-stars, who do you think you pair well with and share good chemistry?

Well, I’ve worked with Hira on a lot of projects in the past and I think that my chemistry with her has nicely developed ever since. It almost feels like at home with her, since we’ve worked together on back-to-back projects. We’re quite familiar with our families and the environment is quite friendly on both sides.

We always try to perform in a good and healthy environment, and we pay a lot of attention to enhancing creativity. We support each other on equal terms and our work relationship is pretty good, something that I enjoy a lot.

Apart from your upcoming film, what other projects will you be taking on this year? Do tell!

For now, ‘Khuda aur Muhabbat’ is going to go live soon, and I believe all of its teasers have been released online. Syed Wajahat Hussain directed this serial, and the cast includes me, Feroze Khan, Iqra Aziz, Tooba Siddiqui, Rubina Ashraf, Hina Hayat and Usman Peerzada.

There are some big names in the cast, the project is huge, we worked really hard for it, and I’m very excited.

I firmly believe that “Khuda aur Muhabbat” will be the highlight of 2021.

Junaid Khan has excelled in a plethora of roles, including music gigs and exclusive tracks. He has transitioned into a versatile actor who has the ability to make you laugh and cry, sometimes at the same time. He can make you fall in love with him or hate him, and that is the magic of his performances (said no one ever).