Rana Adnan Amjad has produced this piece for Hive Pakistan’s project Ravadar – a blog series presenting real life stories of religious minorities in Pakistan. Adnan is a social development consultant and practitioner with a focus on youth engagement and holds a Master’s degree in gender studies. 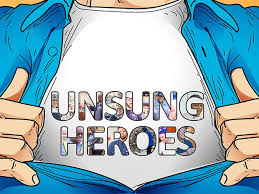 Christian philanthropists, social workers, and community activists in Pakistan contributed their time, resources, and efforts to reach out to people in need during the COVID-19 pandemic. Below are some of the heartwarming stories.

“Our team covered 13 districts across South Punjab, where around 7,000 families were provided with food packages and cash grants including Muslims, to manage the economic crisis in the wake of COVID-19,” told Bishop Leo Rodrick Paul. Bishop Paul chairs the Multan Diocese Trust Association (MDTA) – a development wing of Roman Catholic Diocese of Multan, Church of Pakistan. “Our relief fund campaign was initiated on a self-help basis and we did everything we could possibly do using the available resources,” he added.

“Around 1,700 families living in urban slums of Islamabad and Rawalpindi were handed out ration bags,” told Pastor Samson Sohail, Executive Director of United Council of Churches (UCC). “Different groups of individuals including sanitary workers, pastors, transgenders, and differently-abled persons were provided support through cash grants, regardless of their religious beliefs,” he informed with a suffuse of content over his expressions.

“While providing financial assistance, we covered different regions across Pakistan including cities of Rawalpindi, Rahim Yar Khan, Multan, Khanewal, Jhelum, Faisalabad, Lahore and Kasur in Punjab, Peshawar, Mansehra, Shangla and Swat in Khyber Pakhtunkhwa, Mirpurkhas, Sanghar, Tando Allah Yar, Umerkot and Thar in Sindh, Quetta in Balochistan, AJK in Muzaffarabad and Federal Capital – and Islamabad,” told Asher Gill who is currently working as a Program Manager for Disaster Relief and Management with Pak Mission Society. “Through this outreach, more than 5000 families were supported,” he added.

“Most of the beneficiaries were Christians, however, non-Christians were also facilitated. We initiated the campaign upon learning that non-Muslim minorities in Pakistan have been facing discrimination in getting COVID-19 relief funds due to their religious and ethnic origins,” explained Gill.

While talking about the challenges, Gill informed that they faced a shortage of funds and resources from the donor organizations as the financial implications of COVID-19 certainly had a global dimension. “Choosing beneficiaries to provide assistance and mobilizing the available resources was also an exhausting process,” said Gill.

“Making door-to-door visits of the destitute and neglected households was not easy as there was a risk of coronavirus spread,” told Pastor Samson. “Identifying and mapping people who were actually in need came as a challenge due to complex community dynamics,” he further added.

“Another issue was nonobservance of the SOPs that was putting everyone’s safety at risk. Except for some isolated cases, the identities of beneficiaries were also revealed without their consent that breached their privacy and confidentiality,” told Samson. “Strangely, the spread of misinformation about the deadly disease only added to the trouble,” he said.

The activists also appreciated the positive things they observed while providing services to the communities. “I saw Muslim and Christian organizations work together to provide relief and build community resilience,” said Gill. Pastor Samson also endorsed the thought that networking among relief organizations has improved during the pandemic.

Bishop Leo recommended that churches, mosques, and temples play a greater role during COVID-19 as people gather there to perform religious or spiritual rituals. Therefore, these platforms can be utilized for capacity-building of people to cope with any disaster situation in the future. He also recommended that digital communication platforms like social media be used for the spread of valid information throughout the masses.

These Christian philanthropists along with other Muslim and non-Muslim social workers stood by the nation as one and risked their own health and lives to serve others. Their efforts and contributions should be acknowledged and honored.

This article is produced by Ravadar– a blog series presenting stories of religious minorities in Pakistan.

Author can be reached at: