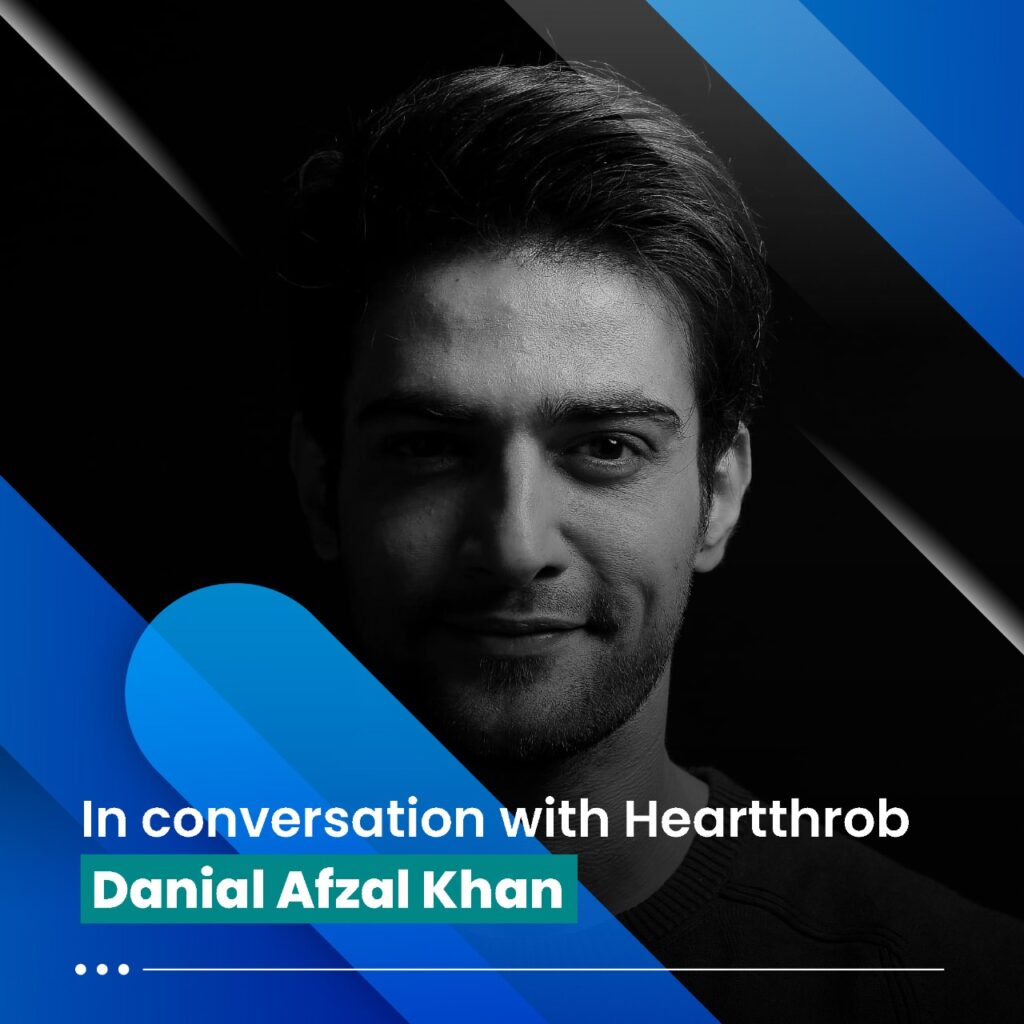 How did it all start?

I wanted to be different from everyone. I think that acting is one of the world’s toughest professions and also the best one. It has unimaginable perks and unimaginable difficulties.

I started off as a VJ. I did that for a year and then landed a part in quddusi sahab ki bewah.

Later, I did a movie called Aksbandh and then dove into it completely. I gave auditions and started landing good parts in a few serials for Ary digital.

I worked for Ary Geo and Hum simultaneously after that, and the journey is continuing.

I also did photoshoots and TVCs along the way and got the widely noticed Nomi part in Raaz e ulfat.

Which three words describe you the best?

You’re into acting and modeling, but what do you enjoy the most?

Acting and acting only. Modeling just because I like to look at my self in different looks and places (self obsession 🤷‍♂️).

Playing Nomi in Raaz e Ulfat? How long did it take for you to decide?
To be honest it didn’t take long, the initial brief on call was enough, the way the producer explained the character and then reading the script, made me want to play it asap.

How is Danial different from Nomi?

Danial is not this cold and calm in his demeaner. Nomi waits for the right moments, danial does too but Danial is impulsive. Secondly Nomi enjoys his evil expeditions, Danial is kind hearted and cannot harm anyone no matter what.

Now that Raaz e Ulfat ended, are you going to miss Nomi?

I do miss him, which is surprising because I like to detach from the character asap so there’s no resemblance to it in the next one but Nomi has left some imprints on me and he’s the only character which I like to watch again. Never happend with other characters. Also makes me think, did I really do all this. To be honest it feels like I cannot reenact these scenes now if I tried. I did those in Nomi zone which I am out of thank God.

What are your future projects? Can you tell us about a few characters that you’re going to play soon?

OK so I am going to enter in this amazing play called ghisi piti mohabbat. Can’t tell much about the character but that he’s not loaded as Nomi so he doesn’t have that arrogance with him and is a very relatable, next door guy.

Another is a web series for urdu flix can’t reveal much about it but that it’s with Alizeh shah and that it’s a one night story. Another one is where all the hatred to Nomi will turn into sympathies for him and people will be shocked to see Nomi so tamed.

Came in to the business for character acting but seems like right now commercial acting is important for me to make my mark but character acting will never be put to rest, it can just snooze for a while. Insha Allah when I’ll get the right opportunity I have a lot to show in characters.

It seems like you work a lot in gym to maintain this body. What is your daily routine to maintain a good balance between work and fitness?

Well with these ever changing shooting times theres no fixed routine like a morning or an evening workout, I go by like, OK whenever I get a chance I’ll hit the gym, but never going to miss it no matter how tired I am. So to keep up with this timing issue I keep my self registered at gyms with 24/7 access.

Your take on marriage?

Haha I am not married so don’t have a take on that or better that my take doesn’t have no weight on this matter. But from the outside looks beautiful with the responsibilities of your wife and little ones, it’s Allah swt’s gift must be the amazing can’t deny the lord now can you.

Which actors in the industry inspire you?

The actors who just don’t act but create magic by the strokes of their genius. Those actors who do something which makes you think oh my God what did he/she just do. Also if it raises a question of ‘how’ in my head, if an actor makes me think how he/she pulled it off, I am inspired I am a fan.

What kind of story genre you would want our industry to focus more?
I would like them to focus on any and every story, just has to be new, give the audience new stories to enjoy and not give them predictable ones. It can be as naive as a one Character story, i want them to dare, to try, to experiment.

Your message to young female fans out there.

My message to them is that their love, devotion, the way they are so involved in my littlest of the work is overwhelmingly beautiful and makes me smile all day and there’s nothing more I enjoy than this. So a big fat huge thank you to all of them and all I can offer is gratitude.