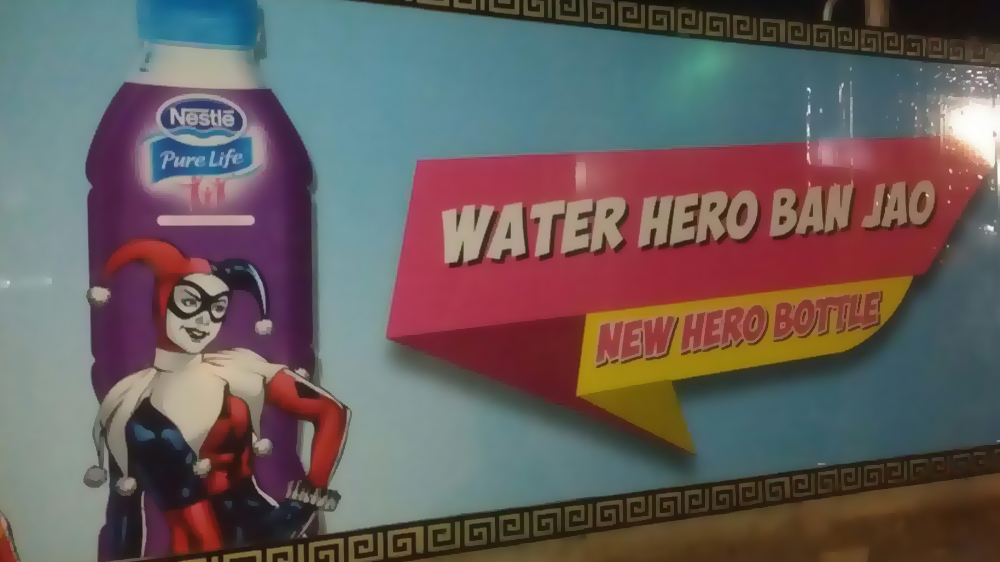 Leading multinational companies need to be more careful with their promotions.

Its no rocket science that good marketing help sells products and services. But every now and then, a brand (or at least the agency that is responsible for upholding a brand image) makes a blunder so bad, that people just can’t help but think what was going on with the folks who came up with that atrocious marketing idea in the first place.

Before we proceed, let us take a look at the image below: 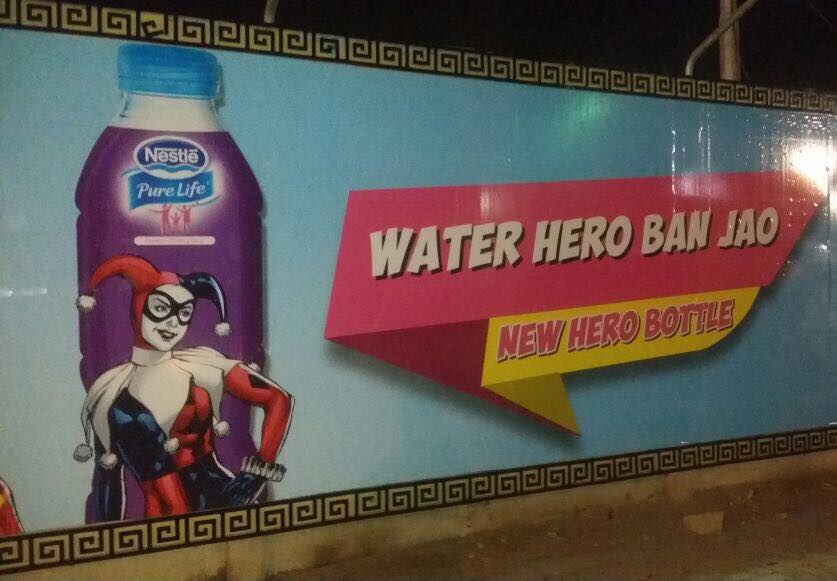 At first glance, you may be wondering whats wrong with using a ‘cartoon’ character, especially in a campaign thats clearly intended for youngsters. Nestle wants to attract kids towards more ‘healthy’ bottled water products with cutesy cartoonish characters, and that’s completely fine.

But if you really know who the character in question is, that is when Nestle Pakistan’s New ‘Hero’ Bottle loses all its meaning.

Who is the Character Featured Prominently in one of Nestle’s Hero Bottles?

Ask any comic book fan, and they’d tell you in a heartbeat that the red, black and white speckled character in the picture above is none other than Harley Quinn, a villainous character from DC Comics who doesn’t exactly fit into the ‘hero’ category.

There was a whole movie with her too, the one with Margot Robbie (and her baseball bat-swinging shenanigans) that the brand manager in charge of Nestle Pakistan’s Hero Bottle campaign must have completely skipped over (or pretended that it doesn’t exist, because the movie is that bad).

But, but, some people would say, she ends up saving the world and all, so what is the problem here?

The problem is that Harley Quinn, as a character, doesn’t exactly scream Good Role Model for impressionable young minds (which, by the way, is who these Water bottles are for).

Harley is known for being the poster child for extremely abusive relationships, especially with arch-villain Joker (no marks for guessing who he regularly throws down with). Not only that, she’s a murderous sadist and psychopath who probably takes after her man as well, killing people just cause they couldn’t understand her joke.

So let me ask the clueless brand manager responsible for this tone-deaf marketing stunt – did you even read up on the character’s history? Is this someone you want kids to be looking up to?

Admittedly, shes not the only character they used for this campaign, but still, an international brand ought to do better research before approving this campaign. 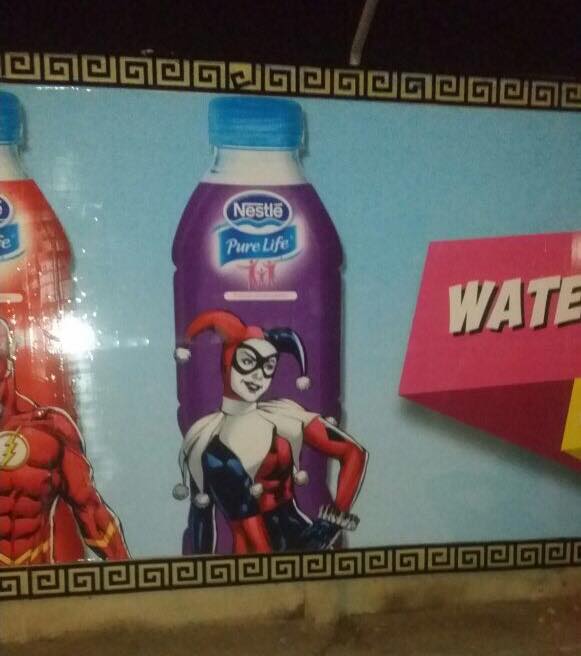 Do you think there’s nothing wrong with this marketing stunt? Or that people are making a mountain out of a molehill? Sound off in the comments below!