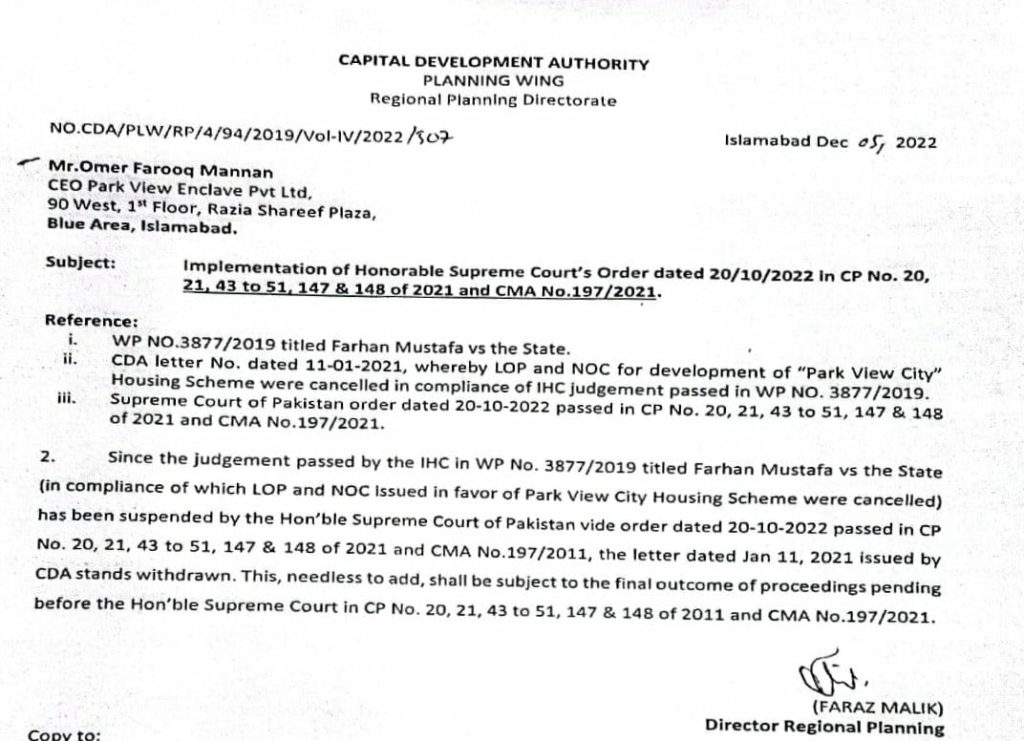 Park View City is owned by renowned politician and businessman, Aleem Khan, and is being developed by the Vision Group.

Earlier, the project faced severe backlash from the government’s concerned bodies. The NOC was canceled due to the claim that the society had occupied the government’s land and was not following the approved layout plan.

According to the details, the high court canceled the NOC, and the Supreme Court suspended the decision of the IHC. Finally, the Islamabad Administration restored the NOC of the society.