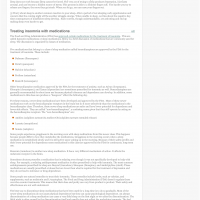 Google Knol has made its debut after six months of its announcement. Google Knol is a service that some say will one day overthrow the Wikipedia, but in my opinion, it won’t be that easy.

Wikipedia is the largest internet encyclopedia is mainly editable and allows anyone to publish articles, edit them, and many other free for all functions, while on other hands, Google Knol does not allow everyone to edit, or publish article. It requires that you have a Google account (well no problem, most of us have 1), but that’s not all, you must be be verified via phone or credit card to confirm the article writers are identified and only than can you share your Knol with the world.

The idea may not convince you at first but what Google is trying to do is provide a reliable and more authentic source of information, and an effort to restrain some 12 year old editing and deleting information as such as with Wikipedia.

Google Knol or GKnol might be a good source for good and accurate information from real people rather than some young kid giving advice and acting his older than his age. Gknol is no way going to fight or defeat Wikipedia anytime soon and Google isn’t trying to take over the internet it’s just trying to give us internet users more on the net compared to other providers.

When Gmail was launched, no one knew that it could overtake Hotmail or Yahoo in just 2/3 years; hence Wikipedia can be beaten as well in only couple of years. GKnol is another service to Mankind from Google.