Cuil, (pronounced as cool) a web based search engine that claims an index of 120 billion web pages, making them arguably the most comprehensive search engine on the web (Google doesn’t disclose the size of their index, although they claim to know about a trillion unique web pages) has been launched today morning (Pakistan Time). Cuil was founded by very esteemed search experts. Husband and wife team Tom Costello (CEO) and Anna Patterson (VP Engineering).

Cuil claims that it can index web pages significantly faster and cheaper than Google. It says that its indexing costs will be 1/10th of Google’s, based on new search architectures and relevance methods. By some estimates, Google spends a billion dollars a year to run the back end infrastructure of its search business.

Cuil is experimenting with a new type of search interface as well. Results are shown in three columns and contain an image and more summary text than existing search engines.

In my personal openion, cuil is no way near to Google, or its maybe just the sense of easeness that we are familiar with Google’s interface.

Reasons Cuil is not better than Google 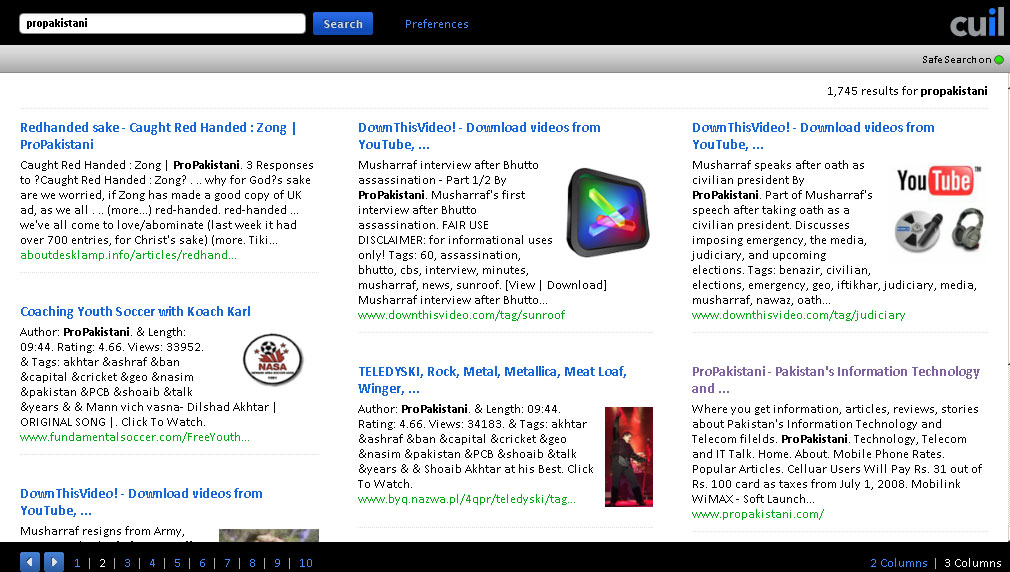