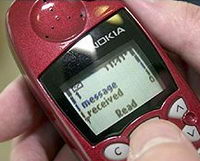 Interior Ministry Chief Mr. Rehman Malik has instructed cyber wing of the Federal Investigation Agency (FIA) to trace out the originators of fictitious e-mails and SMS, sent to the people, which involved political figures of the country, especially the ruling ones.

Associated Press of Pakistan has reported that Mr. Malik is of the view that these emails and text messaged are forwarded by thousands if not millions, primarily aim at launching vilification campaign for the character assassination of the politicians and senior leaders.

The directive given by the Interior Advisor to the investigation agency will help initiate immediate action against the culprits, indulged in the smear campaign against the political leadership of the country.
These forwarded Emails / SMS messages normally contain jokes, cartoons and other elements of hilarious nature.

President Asif Ali Zardari is lately center of attraction for such activities, particularly in a recent activity someone faked his signature and reproduced president’s message that had spelling mistakes in it.

President Zardari was once again targeted in Emails after his meeting with Sarah Plain.

Consequently, there came a warning to all fun-loving Pakistanis: the cyber crime wing of the FIA has been instructed to hunt down those circulating jokes on him through emails or mobile phones.

But at same, we are not sure if FIA is capable enough to track text messages or emails. With no system available to cap and/or monitor the messages, which are forwarded and then re-forwarded to multiple mobile users, makes it almost impossible to reach the actual originator of that text message.