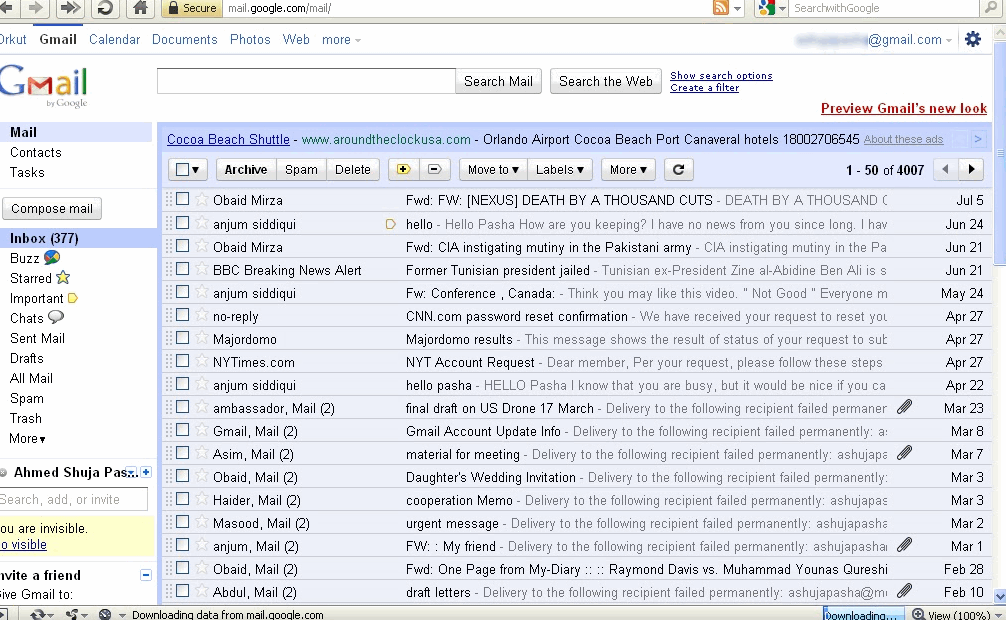 In a news appearing today on an Indian website claims that an Indian hacker successfully penetrated into Gmail email id of Lt. Gen. Ahmed Shuja Pasha, Director General of ISI – however, the relevant military officials have denied the incident and said that the screenshots provided by the news website are fabricated and bear no originality. 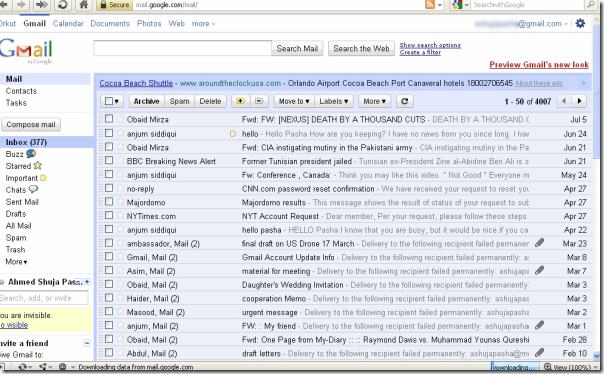 When contacted, concerned military officials told ProPakistani that the news of hacking of Gen. Pasha’s email id is fake. He further commented that the screenshots are fabricated too.

Claim of military officials about denial of hacking make sense, especially if you have a closer look at the screenshot. For instance, most of the emails are undelivered and returned to sender  – which is usually not possible, if you are emailing someone who is a friend of yours.

Getting back an email means you sent the email to an unknown ID, or to an ID which never existed.

Apparently, hacker tried to fill the space with some email messages to get a screenshot to show the world.

Moreover, the dates mentioned for emails in above screenshot shows that Gen. Pasha received around a dozen emails in last 6 months, which again looks a distant reality.