After slow adaption rate earlier, mainly due to lack of awareness, the branchless banking in Pakistan has lately showcased over 50 per quarter over quarter growth rate in total number of BB account holders in the country, said stats issued by State Bank of Pakistan.

These transactions from July to September 2011 averaged at Rs. 3,700 per transfer with total of 176,296 transactions on average per day while value of transactions through branchless banking totaled PKR 58.711 billion in just three months..

SBP, through a Survey, found out that almost half of branchless banking users did not have a bank account and almost two-thirds used the service regularly. These results hint at the considerable unmet demand for efficient, low cost and accessible financial services. 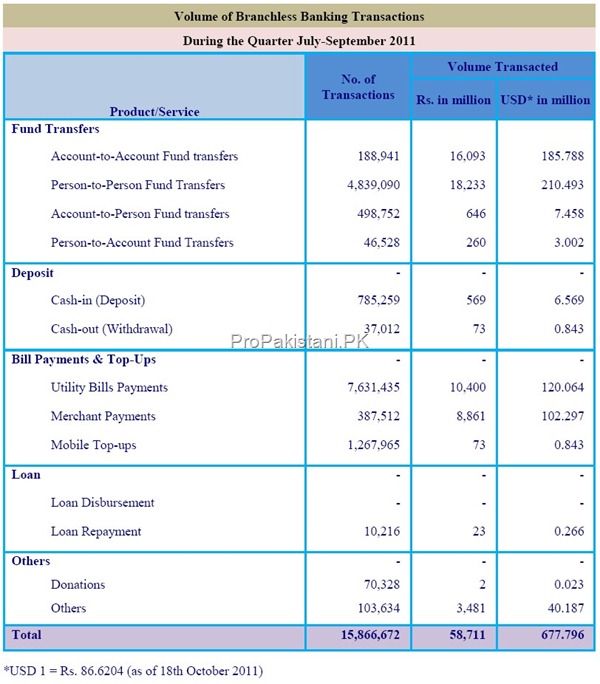