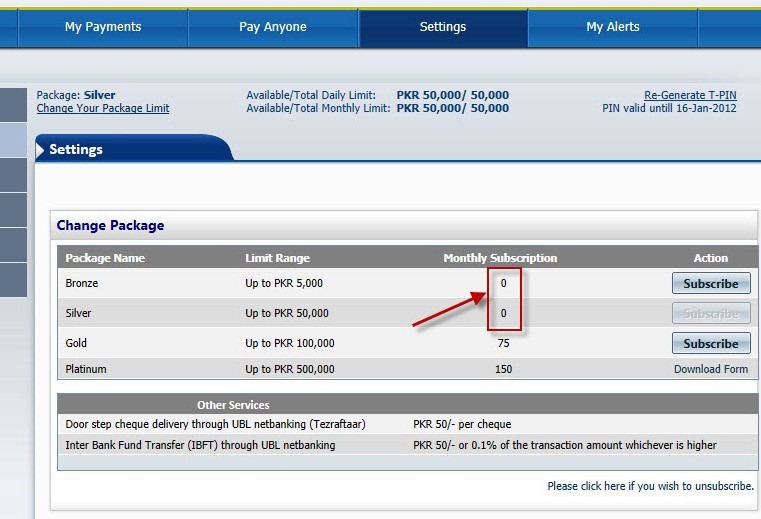 United Bank Limited was long working on its website revamp, which eventually materialized yesterday and customers were greeted with new refreshing layout and interface to use services offered by UBL website.

One major service that majority of UBL customers use is UBL NetBanking. UBL offers different category of UBL NetBanking accounts packages based on monthly transfer limit. Charges for each type of account is of course different too.

With revamped website, UBL mentioned that it is not charging anything for BRONZE and SILVER packages which they previously were charging at Rs. 25 and Rs. 45 per month respectively.

Check below screen for the evidence: 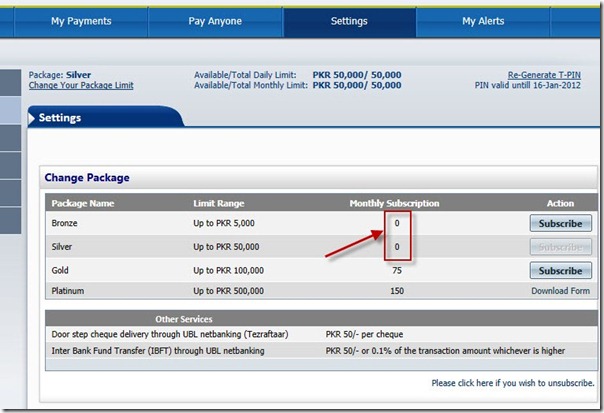 However, that’s not true. UBL is still charging its customers for Bronze and Silver packages, unlike mentioned on their website, we have confirmed from their helpline. 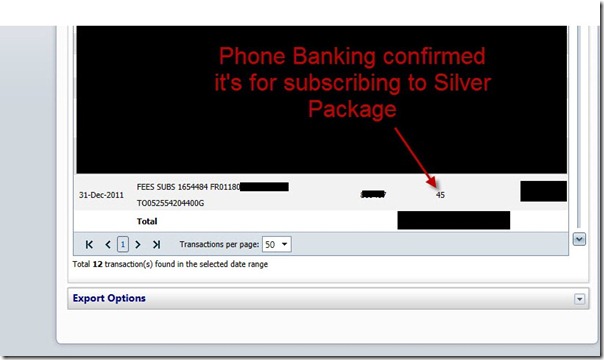 Talal Masood is one such UBL customer, who opted for Silver package and was charged Rs. 45 for it (Above screens are provided by Talal).

Here’s what he told me:

I thought UBL had waived monthly charges as part of some promotion or something and hence I subscribed to the Silver Package but I was still charged Rs. 45/-

I called UBL support and they told me that Silver Package is for Rs. 45 and we are sorry its not showing up on our website.

We are not sure how many customers have subscribed to these packages and are charged with money they were not communicated with. But one thing I am sure about is that UBL won’t refund the money bank to those customers who were deceived to subscribe to above packages and were charged fraudulently; even State Bank won’t bother about it.

You will have to agree with me, our banks are given a free hand to charge their customers with whatever prices they feel like. There’s no authority to question them, no obligation to anyone – just the banks and their own rules; that’s it.