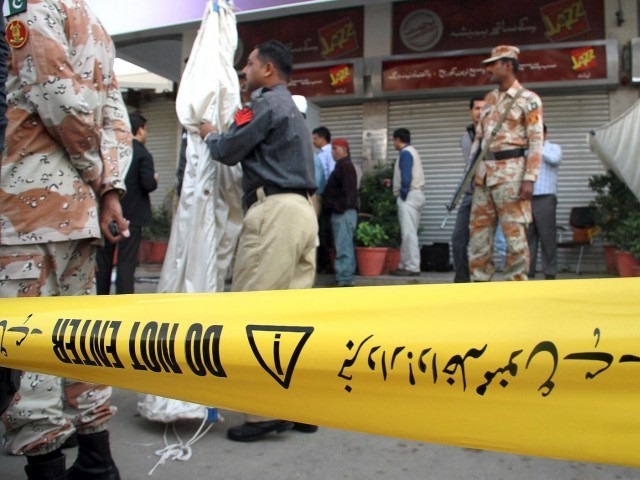 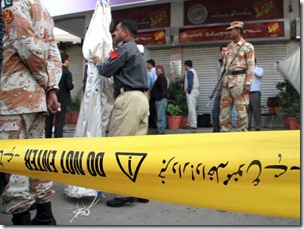 In less than two weeks after armed men walked into a Telenor franchise and opened fire on staff, another telecommunication company was attacked yesterday.

On Monday, a Mobilink franchise was targeted with an explosive device (most probably a grenade) leaving four staff members injured, reported Express Tribune.

Earlier on December 23, two men entered a Telenor franchise and opened fire on staff. As a result, two people died and two others were wounded.

Officials from both Telenor and Mobilink deny of any personal enmity of staff. They said that law enforcement agencies are still trying to figure out the cause of attacks but its feared that both incidents were result of law and order situation.

It won’t be out of place to mention here that no progress has been made in Telenor’s case despite the fact that the law enforcers have been analyzing the CCTV footage for over 10 days now.

All franchisees/service centers of mobile phone companies employs their own security guards, which is of course insufficient especially in cities like Karachi. But the dilemma is that cellular companies can’t do much in such law and order situations.

Both attacks have raised serious concerns in the minds of telecom operators and those who are investing in the businesses. With 3G at door step, such incidents in the country can largely harm the trust of new investors and they might end up deciding other wise.