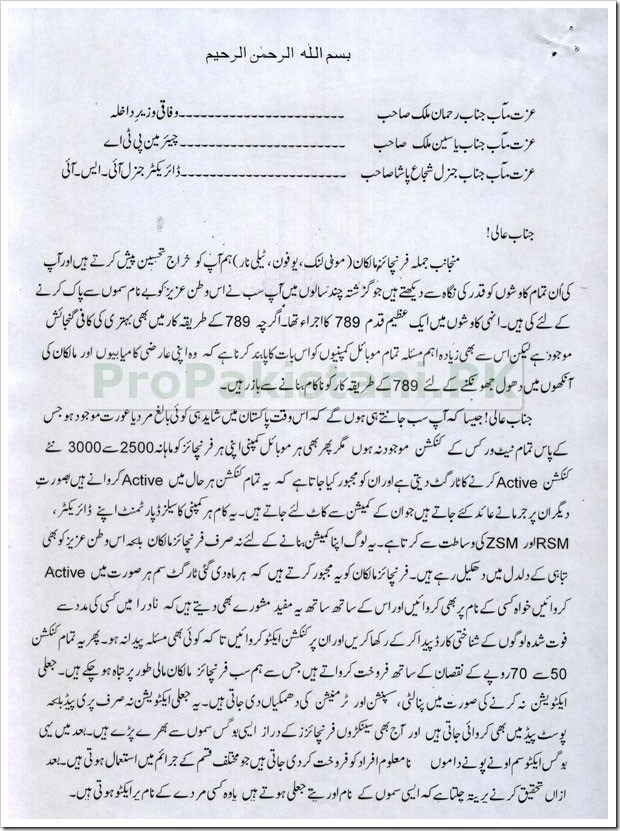 Issue of fake sales or fake registrations of cellular SIMs has made headlines recently, especially when a person was able to get a SIM registered in the name Rahman Malik, minister interior.

Media reports suggest that over two dozen men were arrested, those from NADRA, franchise staff, CPLC staff, and from other departments who were involved in leaking out the information of Minister upon which the SIM was issued.

But a million dollar question is, it was Rahman Malik who had all the resources (or call it Danda) to grab the culprits, but what if such thing happen with a common man like me or you? Will you be given the justice?

In a related news, franchisees of various cellular companies have written an open letter to authorities concerned, confessing that they are involved in fake registrations but they put responsibility on cellular companies’ shoulders by alleging them for pushing franchisees to make fake sales in order to meet their targets.

Franchisees note that if they don’t follow such instructions then their commission is omitted, and hence they don’t have a way but to do fake registrations.

We are presenting you the scanned copy of original letter, but before I would like to put couple of questions here:

Here you go now with the letter itself: 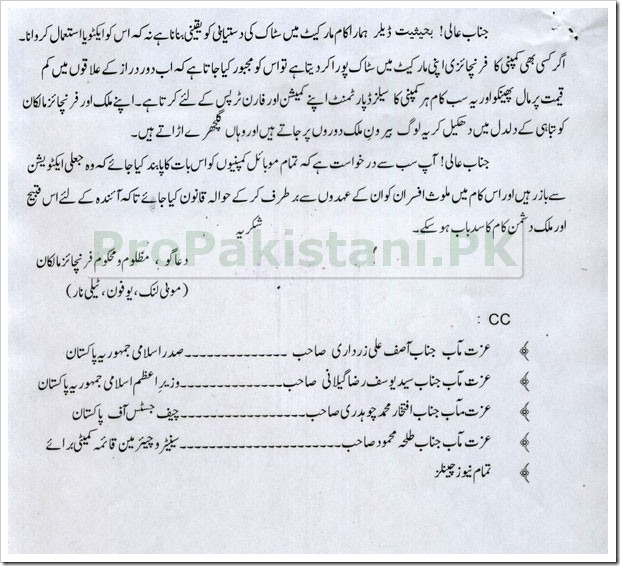