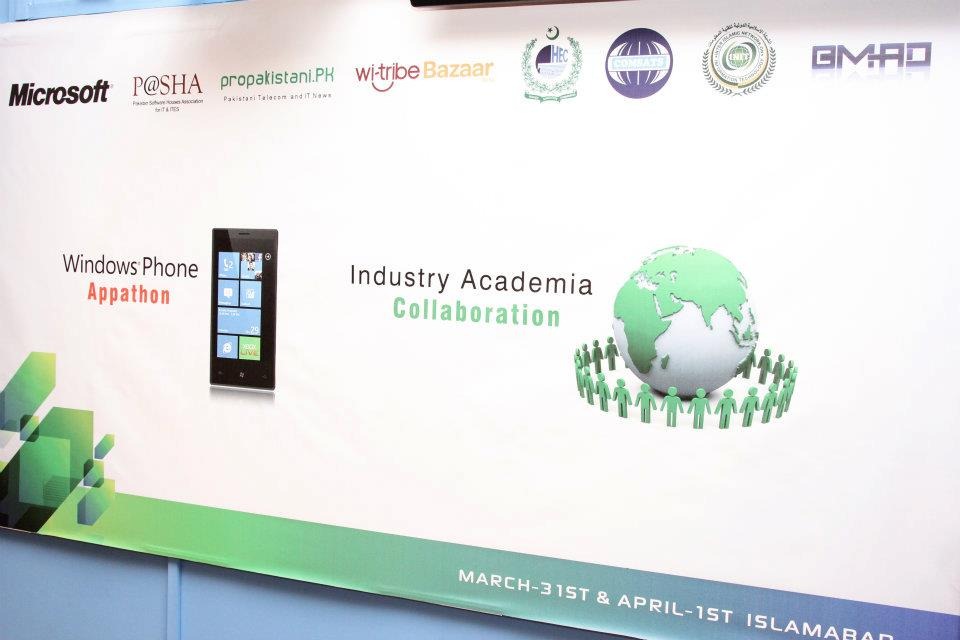 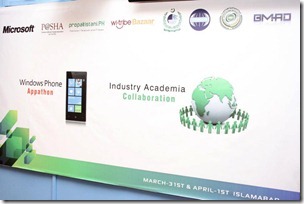 Speaking about wi-tribe’s partnership with Microsoft Appathon, Ali Fahd, Director Marketing at wi-tribe, said, “Recognizing a growing need to support developer communities and the growth of broadband, wi-tribe has come forward with Pakistan’s first buy and sell application portal, wi-tribe Bazaar (beta), which addresses a significant market potential. By engaging with developers at the Appathon, we saw not only an anticipated level of excitement, but also eagerness to get involved. Microsoft has taken a tremendous first step by encouraging developers to build unique products and we look forward to seeing these and many other contributions submitted for the upcoming wi-tribe Bazaar Pakistan Developers’ Challenge 2012.“

More than 100 students from top universities of Islamabad and Lahore published and showcased their applications. This event gave a chance to the students to show their application to the industry and get into discussions to me visit their stations, see what they have developed and discuss how they have done it.

The competition was unique; participants were not restricted to develop applications only on the assigned dates of the competition. Instead, the applicants could start developing their applications beforehand. What this means for them was that there was no time restriction; develop as much as they want, in the development environment desired.

Speaking at the event, Tahir Masood, Developer and Platform Group Manager at Microsoft highlighted that, with the adoption of smart phones on Windows Phone platform, application development is and will be key focus to increase throughput of devices for people out there, this is where the developers comes in, with opportunities for individual developers to build application and sell it online can be a great mean of making good money as well as to highlight one’s talent to the world.

A total of more than 300 applications were published on Yalla Apps during the event, of which Ali Akram, Student of NUST University developed the most, making a contribution of 70 applications.

Speaking about the event Ali Akram said, “I really thank Microsoft for arranging Windows phone 7 Application Development Appathon held in COMSATS Islamabad. It was a great experience and opportunity for me to show my expertise and talent to various industry people. Microsoft Pakistan team supported me more than my expectations. Finally I would suggest arranging such great events on regular basis, where students learn to work on Microsoft platforms and get motivated at the same time.”

Students were also given a presentation on Kinect programming by Ali Sufyan, Software Engineer at TEO International. Speaking about the features of Kinect for Windows, he said, “Kinect has changed the way people play games and experience entertainment. Now, Kinect for Windows offers the potential to transform how people interact with computers and Windows-embedded devices in multiple industries, including education, healthcare, retail, transportation, and beyond.”

Here are few pictures from the event: 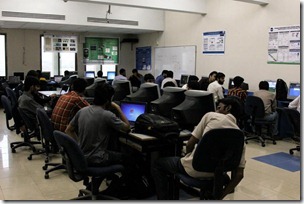 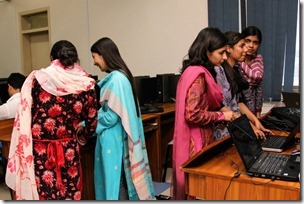 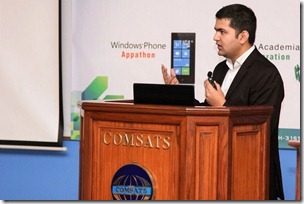 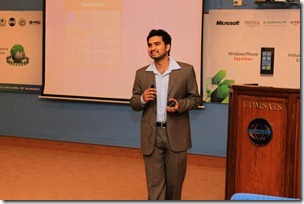 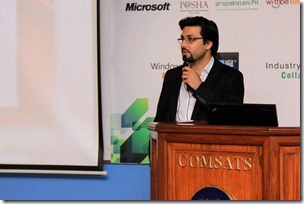 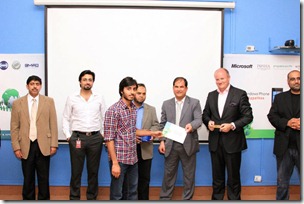